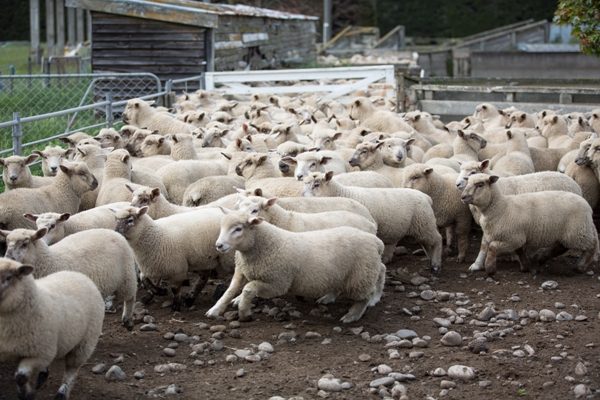 I have started writing this article with a little apprehension because I really want to get the balance right. I don’t want to be ‘Chicken Little’ dramatically declaring the sky is falling, but at the same time New Zealand farmers find themselves facing a serious issue and the fact is, we need to improve our game.

Wormwise, an industry initiative aimed at developing a national worm management strategy, began in 2005 after a national survey of NZ sheep and beef farms revealed significant levels of anthelmintic resistance to internal parasites. A common threshold, which many refer to as ‘drench resistance’, is the failure of a correctly applied drench to reduce the faecal egg count by more than 95%. At the time Wormwise was established, a nationwide survey found six out of 80 (7.5%) randomly selected farms had egg count reductions of less than 95% to a BZ/LEV combination drench (Brandnames = Arrest, Scanda, Duell, Combo, Combomax – the list goes on).

About six years later, Phil McKenna published data showing 13 out of 53 farms (25%) had faecal egg count reductions of less than 95% when using a BZ/LEV combination.

Six years further down the track and we find ourselves in the position outlined in the graph shown. In the North Island, out of 70 tested farms, 50% of them drop below the 95% line when using a BZ/LEV combination, and a gob-smacking 15% of tested properties now drop below the 95% line when using a BZ/LEV/ML triple active drench!! The past 15 years can’t be described as a resounding success in delaying the progression of multi-drench resistant parasites.

I’m not going to use this article to describe the technicalities of refugia, or go into the farm system level and stocking policies that drive drench resistance. What I am going to do is highlight what I see as critical home truths, and call bullshit on a few common comments.

I don’t need to worry about drench resistance because there will always be a new drench family on the market – bullshit. No-one is lining up to invest significant R&D dollars into new chemistry for sheep parasite control. Worldwide, the sheep drug market is a drop in the ocean. If you want to make money, make a drug for itchy dogs, or a mood stabilising drug for anxious cats. The current drench shelf might see a colour change, or a new label, but don’t expect what’s in the drums to change anytime soon.

My drench is 95% effective, a great result – bullshit. The efficacy of your drench is a major determining factor in how much refugia you need to provide to maintain drench efficacy. Take this sentence from the Beef + Lamb NZ refugia guide – “If a drench is 99.9% effective then 1% left untreated is probably enough. If the drench used is only 95% effective then closer to 30% untreated is required to give the same dilution of resistant worms.” It becomes very difficult to supply enough refugia well before you get drench efficacy as low as 95%. Our standards need to be higher.

I’m keeping the triple drenches up my sleeve until I really need them – bullshit. A real opportunity in the triple is the power that using chemicals in combinations delivers in preventing resistance developing. Highly effective chemicals used together protect each other. I personally see the recent rapid rise in triple resistance as a symptom of farms ‘sucking the last drop’ out of the double combinations and finding that they have pretty-well ruined the triple before they even used it.

A few home-truths to consider:

A farm system that sets itself up to be very reliant on chemicals to control parasites is setting itself up to develop resistant ones. If you load up the farm, or a block within the farm, with one species of animal, and if you run very high young-stock ratios as part of this, you increase your reliance on chemicals and so increase the selection pressure for resistant parasites. There is huge power in cross-grazing, where cattle clean up sheep parasites and vice-versa. Likewise there are significant advantages to older stock in their ability to reduce pasture parasite populations.

Refugia is not a part of the puzzle, it is the solution. If you understand refugia, you soon realise that every successful practice encouraged in delaying the development of resistance ultimately comes back to assisting in the farm being able to effectively supply refugia. We have plans for 28-day intervals, we have plans for product selection, we implement a knock-out drench, or a primer drench, or an exit drench. Cool, but I rarely see a robust plan for supplying adequate refugia. Get on the phone today and find out more about refugia. Get your Wormwise vets to discussion groups, to action network groups. Get your Beef + Lamb extension officer to organise Wormwise workshops. You must understand refugia well.

The genetics of how sheep responds to parasites is something every farmer should be aware of. A ewe that performs at a high level and has low worm egg output without drenching is a ewe that is supplying refugia. Lambs that grow faster, and produce fewer parasite eggs, with less frequent drenching, are more effective sources of refugia. Do you fully understand the terms ‘resistance’ and ‘resilience’ when applied to sheep genetics? What selection programme is your ram stud applying to make genetic progress? Is the direction of your ram stud consistent with your goals?

Finally, being ‘Wormwise’ isn’t just about reducing the development of drench-resistant parasites. Critically, being ‘Wormwise’ must centre around maintaining a high level of production and reducing the negative impacts of parasitism. Get alongside a good advisor who makes a lot of sense, who understands the sheep production system, and is an effective communicator. Put in place a plan that you understand, that you know how to monitor, and that you know how to adapt and change as conditions on the ground change. “I found Arrest didn’t work, so I now use Matrix” – that is not a plan. Get a better one – a way better one.

Article published in Country-Wide Sheep. This article is part of a free taster of the quality content provided in Country-Wide every month. For less than $10/month, you can receive this detailed information to help improve performance within your business.  nzfarmlife.co.nz/country-wide/
Supporting New Zealand journalism.
 Tags Sheep