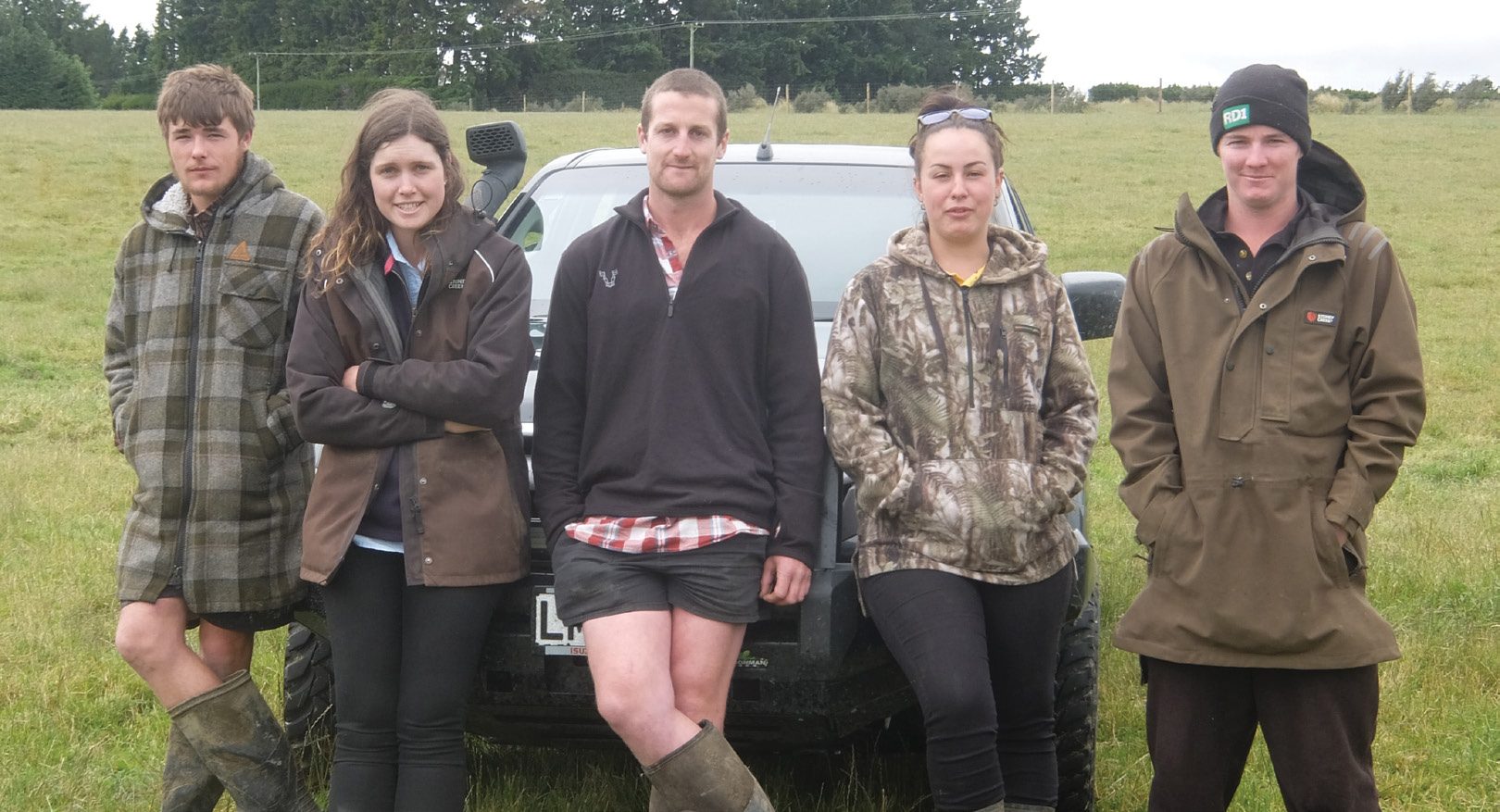 The kitchen table discussion that took place on Mike Salvesen’s Mid Canterbury farm in December looked like one replicated by farmers and rural professionals everyday throughout the country.

Laptops and books were open, cups of tea and biscuits consumed and talk was focused on various aspects of farm management, particularly breeding and animal health and husbandry.

The big difference was that the five young people gathered at the table were Primary ITO trainees working with their training adviser, host farmer and industry expert in what is a new Primary ITO workshop initiative.

The trainees, all studying for their New Zealand Certificate in Agriculture ( Livestock Husbandry Level 3 in Sheep and Beef), spent two hours indoors working on theory before heading out on a farm-tour, seeing how the theory is put into practice – in this case, on Mike Salvesen’s sheep, beef and deer farm.

Mike had opened his home and farm to the students, two of whom were working for him, because he not only believes it is important for young people to have qualifications, but that programmes such as the one being run by Primary ITO, with funding help from Beef + Lamb New Zealand, were important for their professional development.

“The goal is to get these guys asking questions and using their initiatives.”

This was the second of these types of on-farm workshops, the brainchild of Rachael Handy, Primary ITO Sector Manager Sheep, who saw the need to get livestock husbandry trainees out of the classroom and onto farms in an environment where they can learn from industry experts, the host farmer and each other.

“They tend to be hands-on people who learn more by doing and putting their own thoughts on paper.”

For Rachael, it is about setting up the right learning environment where the trainees can work with their training advisers, receive the support they need and interact with each other.

“They have to interact, whereas in a lecture theatre or classroom trainees can hide. Here everyone needs to contribute and it creates fantastic engagement, as well as good banter.”

Rachael says all they need for the workshop is a table and chairs, typically in a kitchen, woolshed or office where they can sit down, work through their theory with their training advisers and each other before going out onfarm.

They came from a range of farming and non-farming backgrounds and Jane was completing a nursing degree in Australia while at the same time working as a shepherd on Lonestar Farm’s Caberfeidh station in the Hakataramea Valley.

Louis McDonald had already completed a Diploma in Agriculture at Lincoln University, while Olivia, Matt and Sam had all worked in various hands-on roles within the primary sector since leaving school.

All of them saw their future being in the sheep and beef industry and all of them valued the informal, practically focused learning environment offered by the Primary ITO Livestock Husbandry workshops.

Rachael says the livestock husbandry programme used to include five two-day blocks of theory and maybe a field trip with a minimum of 12 people attending.

These theory blocks were a challenge for students used to working outside all day and the new workshop format, which generally has between eight and 12 people, is very interactive and the students get to see immediately how the theory is put into practice on different farms.

Rachael says the idea for the workshops stemmed from seeing how successful the Red Meat Profit Partnership Action Network Groups and P2P Advanced Parties were in creating an interactive sharing and learning environment.

These groups had a smaller number of farming businesses involved and she saw how effective these smaller groups were at creating discussion.

While the Primary ITO programme runs for 12 months, the workshops are seasonally focused, so fit into a 12-month farming cycle, although Rachael says they hope to slot in an extra workshop during the quieter, colder months.

While only in its pilot stage, so far the workshops have met with universal approval from students and farmers who see the value of combining theory and practice in smaller interactive group sessions on different farms.