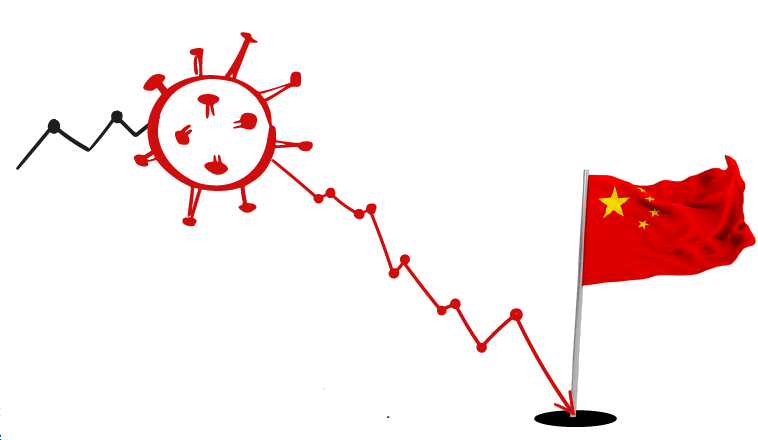 Omicron-caused lockdowns in Shanghai and other major Chinese cities have skewed imports to New Zealand’s biggest dairy market, but it’s not all gloom, Stu Davison reports.

Exports and imports are the truth standards behind perceived demand signals, especially when looking at our largest export market. With lockdowns in Shanghai and other cities in China, long-term Chinese demand for dairy is being questioned.

Import data has now been printed negative for a run of consecutive months, the truth of demand can be seen in the numbers. There is lower demand, but it’s not catastrophic for the longer term, as some are suggesting. It’s not a complete decline either, it’s a reduction. Demand has not dropped on 2008 import figures: more like 2020 figures.

Now for the numbers. Whole milk powder (WMP) imports into China in April 2022 were 8.4% lower than the same month a year prior, with a total import figure of 60,177 tonnes. Now 8.4% seems a significant number when talking about a reduction, and it is, but there is always more to the data than a single data point during the year. 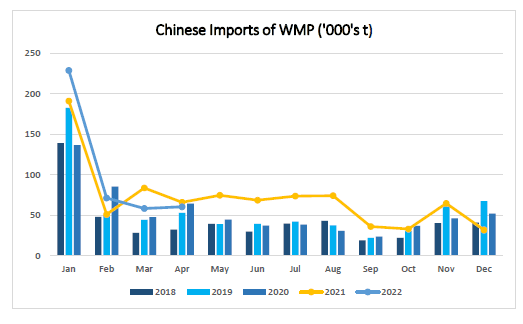 By the end of April 2022, Chinese imports of WMP were 7.9% higher year to date, than the same period last year. The biggest increase in WMP import volumes was in January, which was also a record volume of WMP imported in any month ever.

It is not unusual for China’s biggest import month to be January, as NZ and China have a free trade agreement, with a zero-tariff quota at the start of each year for milk powders. This protective tariff finishes after January 2023, by the way, which will see changes to the way Chinese buyers import their WMP. But right now, this large volume of imports helps to explain why I think demand is still strong in the Chinese dairy market.

This large import volume of WMP at the start of the year was impressive at the time. It was a good indication of how strong Chinese demand is for imported dairy products. WMP wasn’t the only product seeing good demand levels at the time; liquid milk and cream products continue to see solid demand, milk protein products continue to be in demand as health foods gain popularity in China and cheese volumes keep growing.

However, these large levels of imports are now a bit of a headache. Inventories in China were well-bolstered prior to the draconian Zero-Covid lockdowns put in place; these high levels of importation were because Chinese buyers expected demand to continue the same trajectory; this trajectory was interrupted with government policy stopping normality in its tracks.

So now we know where we are: China’s underlying demand was hot prior to the lockdowns, but lockdowns have created logistical and consumer issues and as a result imports of dairy products have fallen like a rock in China, compared to the year before.

So, let’s put some colour on these numbers and create context of where things really are. China’s imports of WMP in April 2022 were lower than in 2021, similar to 2020, but significantly higher than in 2019 and 2018. Skim milk powder imports are now tracking at levels of around 2020 and 2019, butter imports over the last three months are above the last three years, and cheese imports are behind 2021, but much stronger than 2020 and 2019.

The way we’re currently looking at this situation is: if this is the demand that Chinese buyers are willing to register while some of the country is locked within their homes, what will demand be like when life returns to normal for the Chinese population? Strong is my bet.

We saw the same demand drag during the early stages of the Wuhan lockdowns, with demand exploding following that. Then pull the lens out a little and look to the wider world.

Demand is very strong elsewhere for dairy, all while milk production keeps slipping globally. Fundamentally it’s hard to be bearish in the current market. When China returns to normal is unknown, but when they do, I expect to see fuel added to the dairy industry fire.