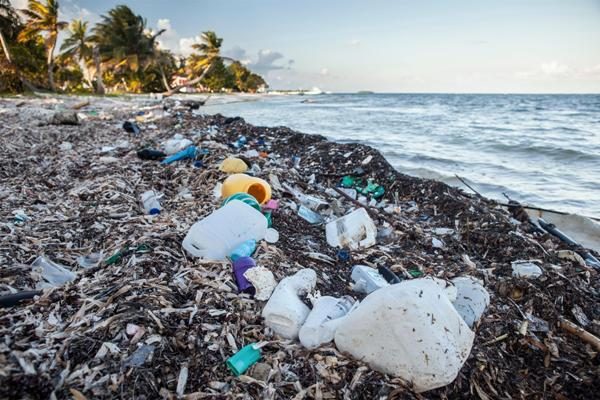 Aside from being bribed to type them, Louise doesn’t usually take much notice of the columns I write, but last time I got my ear chewed.

“That’s the second column in a row where you are moaning about something or other. Do you want to be a paid up member of the grumpy old men’s club? If you’re not careful, people will avoid you and your social life will suffer”.

I sloped off in a huff. Someone has got to point out what’s not right with the (farming) world. Someone’s got to reaffirm that merely being elected doesn’t make politicians experts, and that most of us are more than capable of running our own lives. However, I’ll listen to Louise and change my tack.

I know it’s the topic of the moment and I’m the least trendy person you could meet but I’ll write about the environment. Trouble is, I can’t find many parts of the subject that haven’t been meddled with by politicians.

Why are there no world leaders pushing the quickest solution of all to alleviate the dire position our planet is in? In simple terms it’s over-stocked.

Watching a Frenchman swim through thousands of tons of suspended plastic debris in the Pacific Ocean, it’s hard not to feel guilty looking at the weekly garbage from even a two-person household. Whoever invented the machine that single-wraps cucumbers should be punished.

We have committed to minimise our use of plastic, consequently I’ve instructed Louise not to buy any more cat food. It comes in a plastic bag and is of such dubious origin even the cat has taken to studying the contents’ declaration label.

Rabbits have biodegradable wrapping but I’ll have to trap them because the politicians have decided that the last two cartridges in Grandad’s old .22 are so lethal that the rifle has to be destroyed. Killing rabbits for the cat might also get me into trouble because of animal welfare issues. There are those who believe all animals should have the freedom to exhibit every natural function. Trouble is, for rabbits that means breeding.

While we are on the subject of breeding, why are there no world leaders pushing the quickest solution of all to alleviate the dire position our planet is in? In simple terms it’s over-stocked. We need to moderate the carrying capacity to achieve a balance with  he resources available. Apparently, eight billion is the tipping point for world population so we haven’t far to go.

With its experience at swiftly enacted legislation our coalition Government could get the jump on the rest of the world and push through some population control laws quick smart. In anticipation I will be selling the farm and investing in the contraceptive industry.

I’ll start by buying up all those redundant cucumber wrapping machines. If it goes well, my new business will make a $9 lamb schedule not worth getting out of bed for. I only have one worry. There is a chance that in the rush, an ill-considered, poorly worded law on population control could inadvertently make sex illegal. That would make my new business about as valuable as the wool clip and I may as well have continued farming.

I’m going to have to type this myself with one tortured finger as Louise will see it for what it is, nothing more than disguised complaining. Try as I might I can only think of two subjects with which I could fill a column without whinging. Grandchildren and planting trees. Make that one subject, I’ve just looked out the window and the bloody rabbits are having a go at some new seedlings.