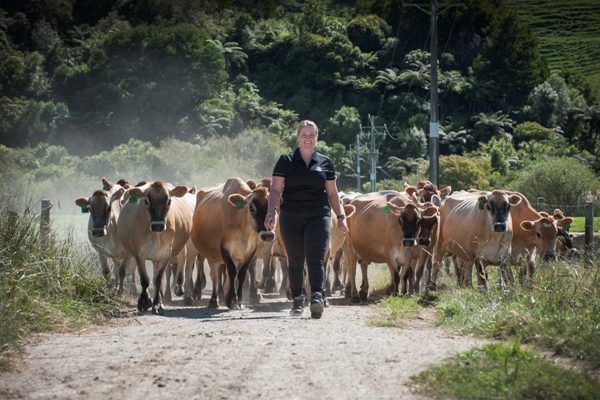 Last year’s Bay of Plenty dairy manager of the year Bridie Virbickas takes a step up to contract milking. 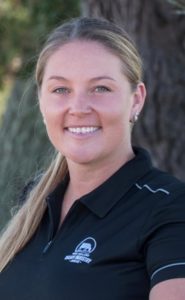 I am new to this so bear with me!

This is my first season as a contract milker. I am running two neighbouring farms, milking 560 cows, in Otakiri near Edgecumbe. Financials, staff and an extra farm has certainly been a step up for me!

Over the calving and mating months it was so easy to get buried in the farm and never leave. Attending the Pasture Summit and the Dairy Environmental Leader’s Forum in November and December were great reminders of how much I love to be involved in the wider industry.

I felt privileged to be invited to the DEL forum in Wellington as it was both insightful and empowering. I recently spoke at the BOP Federated Farmers open farm day about the environmental challenges farmers face and some of the great things we are doing to decrease our impact on the environment.

This summer has been an interesting one. Despite my two farms being irrigated, it seemed to be too hot for life, so grass was green but wasn’t really growing. Even though feed was a bit tight at times, the cows were looking great and I was on track to hit my production target of 1600kg milksolids (MS)/ha – until the spore counts spiked.

Entering the industry awards has helped my career in dairy immensely, especially taking the step up from manager to contract milker.

To have both farms hit with facial eczema has been heart-breaking to say the least. Even though we put in the hard mahi and bolused both herds three times over the FE season, a fifth of my girls were affected. Having 100 fewer cows in milk has made my production target a little out of reach but I should still make it past the 1500kg MS/ha mark.

This year I was the DIA BOP dairy manager team leader. The BOP committee is a great bunch and it has been fun to be involved. Entering the industry awards has helped my career in dairy immensely, especially taking the step up from manager to contract milker.

If you have staff, or know of anyone who you think would benefit from entering, give them a nudge in the right direction! Only good can come from it.

Meanwhile, I am waiting for the digger to arrive to start a new 700-cow feedpad and effluent system. The most exciting part of this season by far! This is going to help us better manage cow health and happiness over calving, reduce our impact on the environment and it’s basically going to change my life!

As the season is coming to a close, with my first year of contract milking under my belt, I am very much looking forward to completely forgetting about the farm (I will try to anyway) for a month as I travel around India and Sri Lanka – a well-deserved break.

Over the past three season I have battled with terrible milk fever during Cyclone Debbie, Salmonella in my herd last season and now Facial Eczema. They say bad things happen in threes, so that means next season is going to be a cracker!