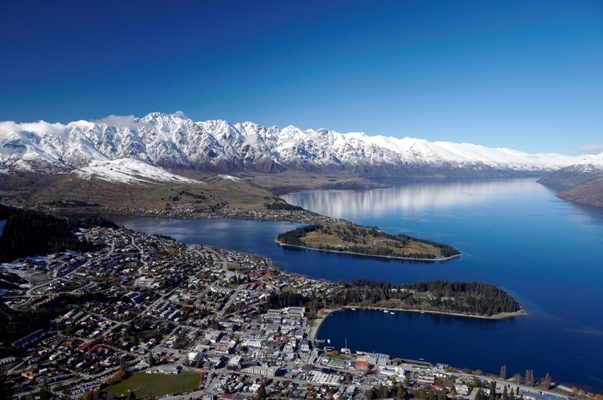 The country’s most significant tourist trap is considering writing itself new rules to allow it to pollute its clean freshwaters, Nick Loughnan writes.

As the year draws to a close, so does the chance to get the ‘things to do’ list completed. That list for me is getting longer, and often because of the unexpected things which have to be dealt to.

One such matter took me, and a lot of other people throughout New Zealand, by surprise in August this year. The Queenstown Lakes District Council had applied for a 35-year consent to discharge untreated wastewater into dozens of freshwater sites throughout its region.

Their rationale was simple. Its network of wastewater pipes was getting more frequently blocked, and overflow from these blockages was spilling into some of the cleanest freshwater lakes, rivers and streams in the country. These discharges are both unacceptable and illegal under the Otago Regional Council rulings, and the QLDC has been fined in the past for allowing this to happen.

However, the Queenstown councillors decided a new approach was needed. They engaged several ‘expert’ wastewater consultants to prepare a case for a change in the rule book. They want to have these pollution events become both legal and acceptable. “Unavoidable events” they say of the trade waste, tree roots and disposable items that cause the blockages.

In a year when freshwater quality issues have continued to play prominently in the public arena, and when accidental discharges from onfarm effluent systems still result in often unforgiving and expensive court prosecutions, the consent application to pollute from this tourist town defies all public expectations.

In a year when freshwater quality issues have continued to play prominently in the public arena, and when accidental discharges from onfarm effluent systems still result in often unforgiving and expensive court prosecutions, the consent application to pollute from this tourist town defies all public expectations.

Not only has the application listed nearly every wastewater treatment facility that it operates, the QLDC has included many more sites earmarked for future development with treatment plants which haven’t yet been built.

What an extraordinary display of poor environmental stewardship. And what a disgraceful message this is sending to developers and designers of future wastewater plants if these untreated spills are allowed to become ‘legal’.

As a downstream resident, I got upset enough to write a submission, and was heartened to see Federated Farmers lodged one as well, along with nearly 200 others opposing this shitty idea. That gave me the chance to speak at the hearing in Queenstown in October, and I didn’t leave the commissioners with any doubt about how I viewed this consent application.

On our clear Central Otago nights, I still marvel at the sight of a full moon rising quietly above our eastern skyline. At the time when QLDC was preparing its consent to pollute application, the world was marking the fiftieth anniversary of the first moon landing.

Along with the American flag and some footprints, those pioneer astronauts also left a big bag of human excrement on the moon. Yes, we had finally worked out a way to transport this stuff 384,000km. And 50 years on, Queenstowners can’t manage to get theirs 10km without it overflowing weekly into one of the purest water catchments in the world.

Since the QLDC application was prepared, they have granted development consents for thousands more hotel beds, residential units and homes to be built. And they have further prepared their own list of conditions for this consent which they hope the Otago Regional Council will grant them. Extraordinary behaviour from an applicant that operates a wastewater network that is already struggling.

The hearing commissioners expect to announce their decision in the new year.

Let’s hope the QLDC wake up to the fact that Queenstown’s international reputation for environmental stewardship is far more important than satisfying the demands from developers to build more of a problem, and that they don’t waste more ratepayer money appealing what should be a short, sharp decision declining this appalling idea.