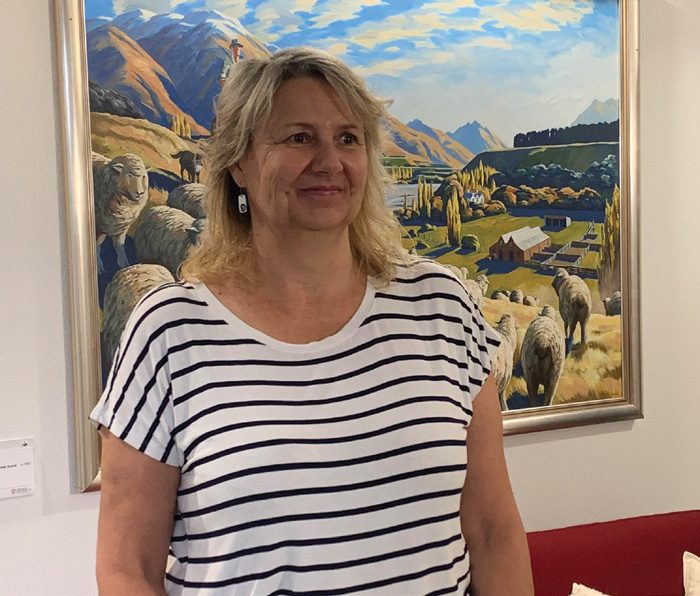 Isolation often goes hand-in-hand with farming. For young workers, going to town to hang-out with their mates can be an hour’s drive away or longer, or the roster means they’re often working when you’re not. Add too much alcohol, perhaps a relationship breakup, and life can get very tough.

Reducing rural suicide by giving students the skills they need to look after their own mental health and recognise when others are struggling, is behind the WellMates programme developed at Lincoln University. Lincoln and Massey Universities are joining forces and with nearly $130,000 from the Massey – Lincoln and Agricultural Industry Trust Capability Development and Research Fund (MLAIT CDR) plan to extend the programme to Massey University agricultural students, with research to determine how effective it is at both universities.

If it is shown to be effective at reducing suicide among young farmers it could be included as a compulsory part of agricultural programmes on their campuses. When the global dairy crisis hit in the 2015/2016 season, an economic downturn in the dairy farming industry saw real concerns over the mental health of farmers with a possible increase in suicides.

Surprisingly, little was known about suicide connected to farmers, so suicide expert Dr Annette Beautrais, University of Canterbury, looked into it.

While the research outcomes were always going to be grim, there were some unexpected and worrying results.

Financial pressure made a negligible contribution to suicide risk, and it was young farmhands who were struggling the most, rather than farm owners and managers. Half of the dairy farm suicides were men – farm hands – under 30 years old. Even more alarming, half of these young men were teenagers straight out of home and just getting into the workforce.

These findings have been backed up by recent research in farming communities in Queensland, Australia.

Agricultural lecturers at Lincoln University had heard accounts over several years of some of their students from the one-year Agricultural Diploma, heading back on to farms and taking their own lives. They got in touch with the welbeing department at Lincoln and asked for a programme to get something out to students.

“They were concerned they were teaching students all this agricultural stuff but they weren’t learning how to look after themselves when they got back out, particularly on to isolated farms,” says Lincoln University wellbeing counsellor Louise Winder.

“Most of the help and support out in rural areas is aimed at older farmers as they’re seen to be the ones carrying the load for climate change and prices. But not a lot is aimed at the young farm workers who are most likely to suicide,” Louise says.

“It made sense that tertiary institutes, that work in agriculture, are the places to get that.”

Last year the first two-hour WellMates, a resilience and positive mental health workshop ran as part of the Agricultural Diploma. While not compulsory, with 5% of their final mark connected to the quiz at the end of the workshop, it was well patronised with 100 students taking part.

Rural mental health group Farmstrong is helping with resources along with masters student Katherine Wright at Otago Polytechnic whose work looking at young rural men and suicide will also feed into the programme.

Run more as a conversation by other students who have been trained up, with role play and case studies, the aim is to talk about suicide, mental health and not feeling okay in a normal conversation – without there being any shame attached to it, Louise says.

By normalising it, the hope is students will take that back to their communities and make them safer. Not just for these students, but by them getting involved when they see someone is struggling. This could also see them become more supportive of co-workers and employees as they progress in their careers.

The incidence of suicidal thinking is the same in urban and rural communities, Louise says, but easy access to guns on farms makes them a huge problem for young men. There are five times the number of gun suicides in rural areas than in other communities.

This is one reason normalising talk around feeling down is important, Louise says.

They may spot behaviour in a mate – they’re feeling low, suicidal perhaps, and being comfortable talking to them about it. Keeping up with them more, perhaps suggesting taking the gun for a couple of weeks until they’re feeling better – just helping each other.

Wellness courses are open to criticism as there is often no follow up to see if they actually work, says Dr Nicky Stanley-Clarke from Massey’s School of Social Work who is involved with the project.

If data from surveys and interviews with this programme show it is effective, that will strengthen the case for it tobe rolled out to all agricultural students, she says.