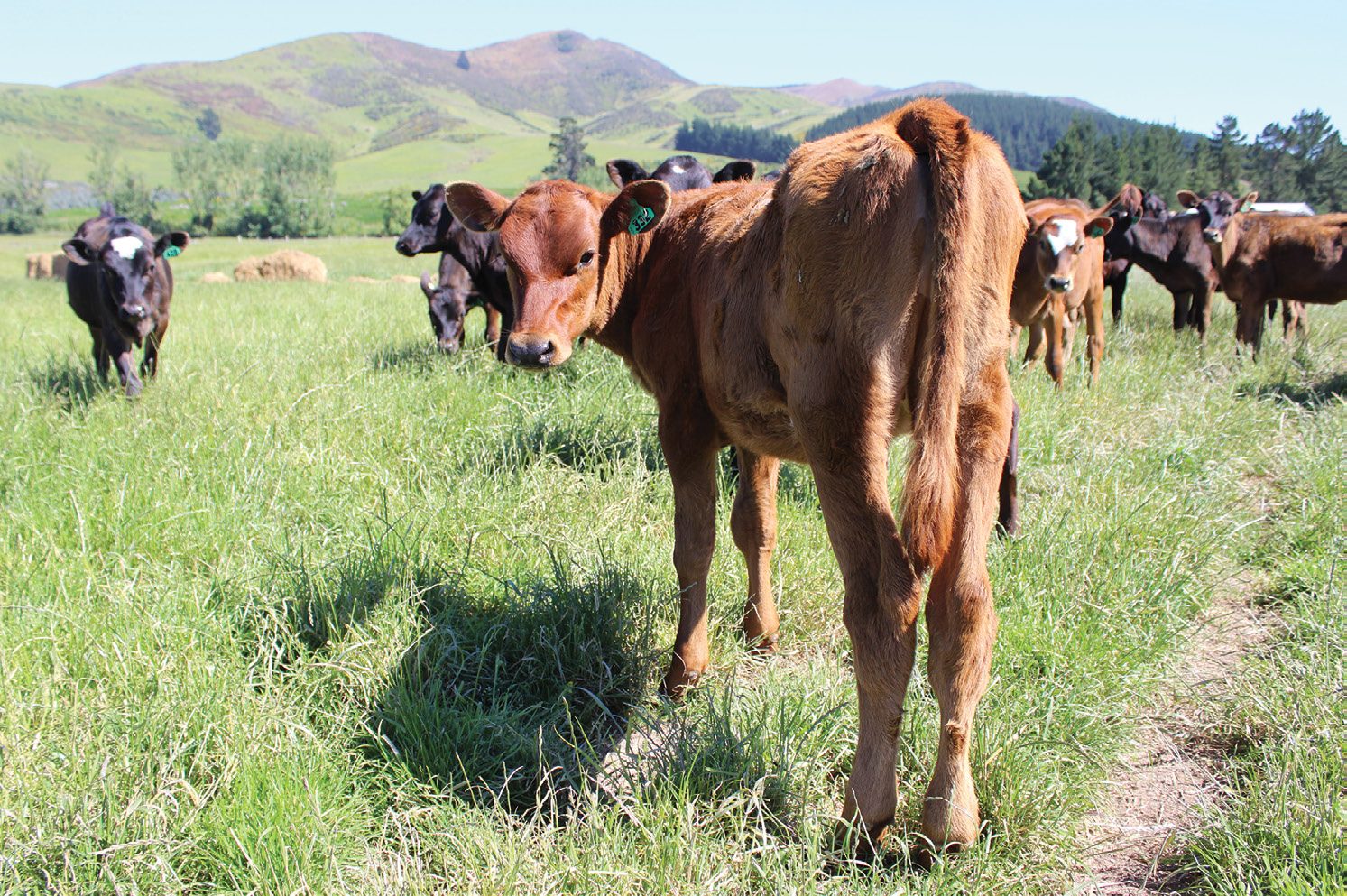 VikingReds from Scandinavia have been bred for resistance to mastitis and udder health for more than 40 years and are becoming popular on New Zealand organic dairy farms. Karen Trebilcock reports.

Vikings are invading New Zealand, with more than 50,000 straws of the Scandinavian breed used this last mating season on dairy farms.

Supplied by Samen NZ, VikingReds are from Finnish, Swedish, and Danish Reds.

Nine A2A2 VikingReds bulls have been chosen by Samen for their suitability for New Zealand conditions to use as crosses over Friesian, Jersey and crossbreds as replacement dairy stock.

“In Scandinavia they’ve had tougher restrictions on hormone and antibiotic use compared with us and Vikings are proving their worth.

“They’ve been bred for resistance to mastitis and for udder health now for more than 40 years.”

Organic farming is a concept of managing land and livestock to optimum sustainable productivity without the ‘crutches’ of urea or hormones, Aquila’s interim general manager Jessica Fraser said.

“It could be described as a combination of old-school farming combined with modern science and technology.

“Our approach is to minimise or eliminate disease rather than to have to treat animals.

“Our own breeding programme with stronger weighting of disease resistance, functional anatomy, and fertility traits is one way of supporting our aims of keeping our herds healthy.”

For the past two years all of their A2A2 cows, milked together on four of their farms, were inseminated for six weeks with frozen sexed VikingReds starting on November 1. The holding rate of about 55% has given them all of their replacements. Operations manager of the Glencairn Aquila farms, Strahan McCallum, has been impressed with the uniformity of the first crop of calves.

The three farms near Dipton, milking 2250 cows, have raised almost 600 replacements. By mid-December only about 25 of the late-born calves that had not met weaning weights of 100kg were still to be sent away to organic graziers.

Fed organic milk, 18% protein calf pellets and as much lucerne hay as they wanted, Strahan said the calves were no problem to handle, learnt to feed quickly and were quiet. He’s looking forward to milking them in two years’ time, hoping the traits the breed is known for show through.

“It will be our first large number of VikingReds milked in New Zealand so we will be really interested to see how they go,” Glenn said.

“Aquila is very good at capturing data, so with them using the breed for all of their replacements we will be able to use that data to show what this breed can really do in New Zealand.”

For New Zealand herds, it was their fertility and health that was the big tick.

“You use Vikings if you want to improve your herd’s fertility and health,” Glenn said.

“It’s what you turn to after crossing Friesian over Jersey for many years to keep up that hybrid vigour.”

A 2019 study by Dairy Australia of 900,000 cows, comparing different crossbreds and purebred herds on a pasture-based system showed there was no significant difference in milk volume between Friesian and Jersey crossbred cows and those that were also crossed with VikingReds. However, the three-way cross outperformed in protein and fat percentages, survivability, and the six-week in-calf rate. Outside of Scandinavia, Australia has the largest numbers of the breed.

“Samen NZ is bringing semen into the country to reintroduce hybrid vigour with all of the benefits of udder health, fertility, as well as good legs and feet, which we also need.

‘You use Vikings if you want to improve your herd’s fertility and health.’

“That’s one of the first things people notice about them – they have a big drop in lameness issues.”

He said VikingReds were also known for a flatter milking curve and maintaining their body condition better after calving.

Other farmers were using VikingReds as an alternative to Jersey to cross over Friesians, while some were choosing the ProCROSS which used Friesian, VikingReds and French breed Coopex Montbéliarde.

After six weeks of inseminating with Vikings, Aquila switched to another Samen NZ product – Red Wagyu. Supported by Southern Stations Wagyu, Red Wagyu matured quicker than the black and brown alternatives at two and a half to three years and were easier to rear, Glenn said.

Red Wagyu is a cross between Swiss Simmental and Korean Hanwoo breeds and meet Japan’s marbling criteria for Wagyu.

Strahan is a big fan of them, saying they were easy to rear and, with their strong, muscular necks, getting them off the calf feeders was the hardest problem.

“We can have 200 calves hitting the calf rearing sheds a day so it’s really important for us that calves feed well at the start,” he said.

After nine weeks of AI is finished, a mix of Angus and Hereford bulls were used. Empty rates were between 7 and 10%.

“Sustainability is something our investors are very keen on.”

“It was the investors who wanted these farms to be organic, which means sustainability in all its aspects is our focus.

“This includes managing and breeding for optimum animal health, longevity and fertility, based on science and data.

“And we’ve shown it works.”