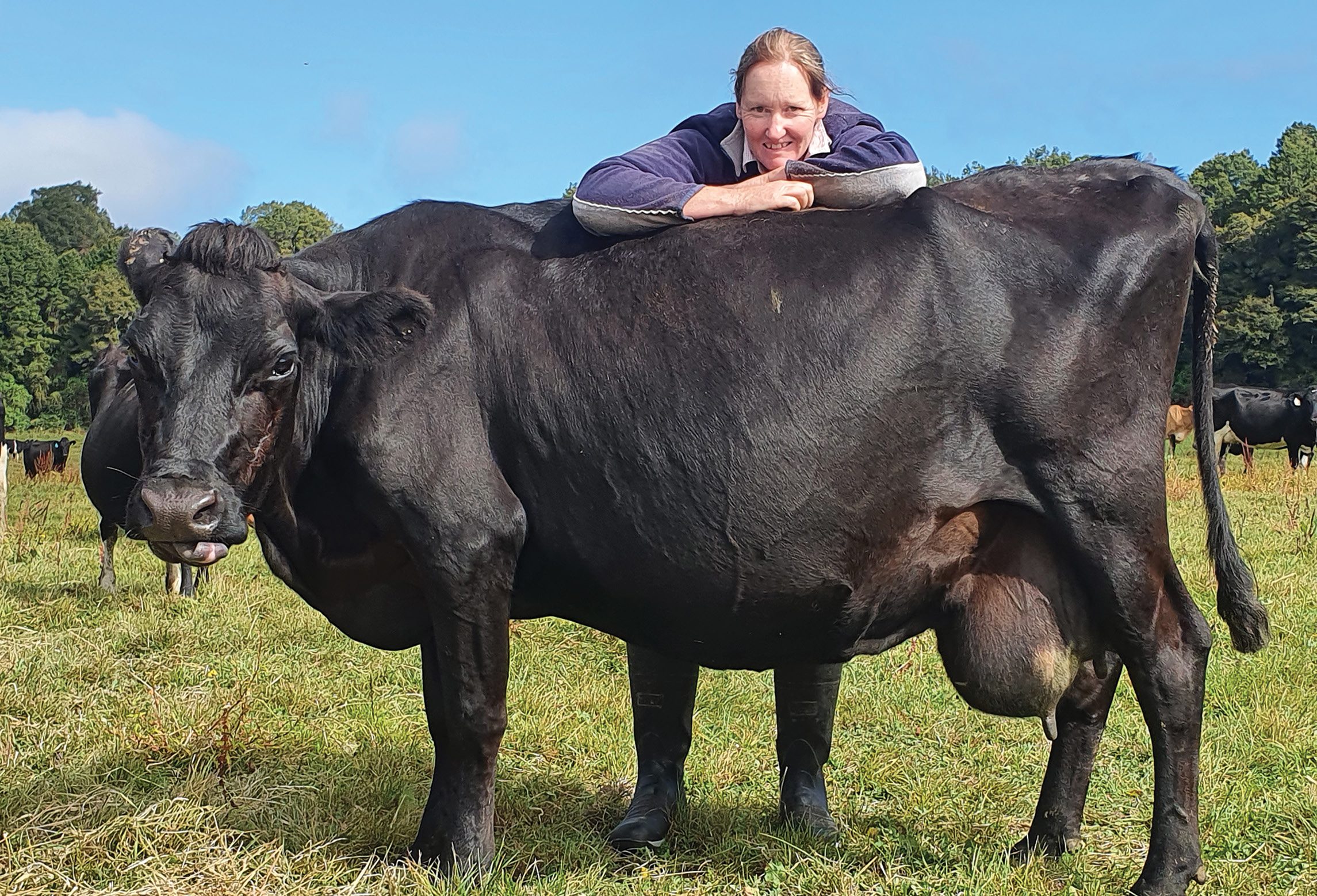 Robyn Mare discovered dairy farming when she began relief milking while her children were young and it has led to an award-winning career and a contract milking business next season.

The mother-of-two won the 2022 West Coast/Top of the South Dairy Manager of the Year award and it all began with the relief milking she took on to “earn a bit of extra money” and loved spending time with the cows.

Instead of going back to her former career as a property valuer, she relief milked for years on farms in Manawatu, picking up more and more clients and working it around the children. It led to a farm assistant role on a farm at Riverina Pohangina and as her son, Troy and daughter, Regan, became more independent, she had more time to put toward a career in dairying. In 2017 her husband, Vince, was offered a dream hunting job for the Department of Conservation on the West Coast and Robyn took up her first full-time dairying position as a 2IC job on Beechlee Farm, working for Rob and Michelle Little at Atarau near Greymouth.

Last season she moved up to the farm manager’s role on the 155-hectare farm that milks 310 cows and she attributes much of her growth and success in the industry to the Littles’ support. Part of that was AgITO courses they encouraged her to do, but also introducing her to other farmers in the area so she could learn from them and gain support from like-minded people.

“Rob and Michelle have been absolutely fantastic. I didn’t come from a farming background and didn’t have that farming knowledge, so it was really important to have people around me that understood and supported me.”

This is the second year she has entered the awards and she says the process has really made her think about her farming policies, areas for improvement and her future direction.

For her, that is her own business and hence the contract milking role lined up in Waikato for next season. Before signing a contract, she had to learn the ropes for running her own business.

“You have to really do your homework and make sure you are compatible with the farm owners. As well as do your budgets and make sure it’s going to work.”

Using confirmed costings, she has established a budget and negotiated a contract rate that covers expenses and a manager’s wage for the 480-cow farm, plus an acceptable premium for risk, such as the rising cost of fuel and wages.

It is a natural progression from her manager’s role on the Greymouth farm where she has a passion for animal health that led her to working with a nutritionist to improve metabolic problems after calving.

“When I first arrived, we had a lot of metabolic problems and it bothered me. We were doing everything right, but still having issues, so I spoke to a nutritionist and put together a plan for a DCAD (dietary cation anion difference) diet. That has been a great exercise and made a massive difference this past season.”

Instead of dusting magnesium on to pasture, magnesium chloride and magnesium sulphate are mixed with molasses and poured on to feed – in this case maize silage. It is only fed to the springer mob which means the extra work of drafting springers from the herd, but Robyn says it has been well worth the effort.

“I think it has helped not only with decreased metabolic issues, but general health and wellbeing and other issues like mastitis. When you get clinical issues, there are always subclinical issues that you aren’t aware of. I find it fascinating. Animal health is definitely one of my passions and I love my cows. If you look after them, they look after you.”

Robyn says pasture management is the “101 of farming” that is integral to animal health and her focus on those aspects won her the Essential Nutrition Ltd Pasture & Feed Management merit award. The farm operation grows maize plus grass silage, a kale crop for winter and it buys in straw for fibre, putting it at a system 2-3.

“I’ve had to think about what each feed provides for the cows, especially when they’re in that negative energy balance after calving.”

The West Coast farm gets 2.5 metres of rain a year which means she has to watch for pugging in winter and early spring when most of the rain falls. Fortunately, the farm has a gravelly band running through it and those paddocks are well suited for wet weather and calving. The river terraces at Atarau can dry out quickly through summer, though, and K-line irrigation is used for about six weeks. This season has thrown everything at the Coast and Robyn says it began with a hard, very wet spring followed by dry spells interspersed with deluges. It has made it a challenging season that will be reflected slightly in production which is usually around 380kg MS/cow.

Come June 1, Robyn will begin her contract milking business on the Waikato farm and 16-year-old Troy will be employed for a few months to help out through the busiest part of the season before heading off to train in mechanical engineering.

From contract milking, she would like eventually to be in a position to buy her own herd and grow her business further.

vamtam-theme-circle-post
 Category Dairy Exporter
Pareka farm has gone through a significant change in farm system this season with the aim...
 Tags Dairy Exporter May 2022, Special Report - GHG Emissions
Read More

Welcome to the rainStepping up for the family