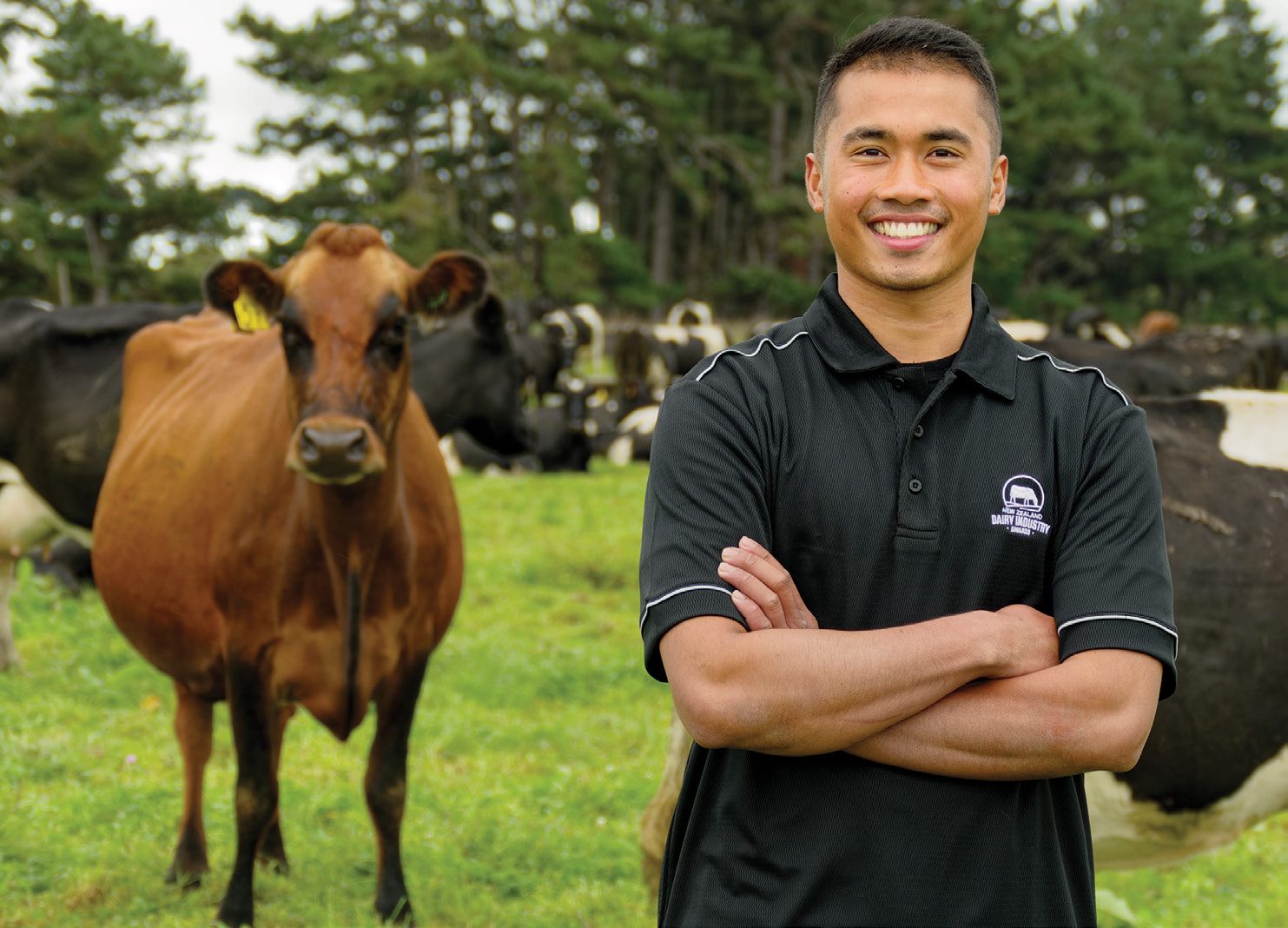 Moving to New Zealand from the Philippines in 2015 was a huge opportunity for Nick Besinga, but being away from family took its toll.

He entered the Manawatu Dairy Trainee of the Year in 2019 and prayed to God that if he won then it meant he was supposed to stay farming in NZ, which he did.

“I was on the verge of wanting to go back home, it was depressing being away from my family. Farming is a pretty isolating job and you feel alone in every problem you encounter.

“I’m a Catholic so I prayed to God that if I won it was a sign that I should stay.”

Fast forward three years and he has now also won the 2022 Taranaki Dairy Manager of the Year.

Nick is thankful he stuck it out and is looking forward to continuing to progress through the dairy industry and hopes to go contract milking and then sharemilking within the next five years.

The 28-year-old is farm manager for Geoff and Mary Butler on their 181-hectare property at Auroa, milking 526 cows.

It’s his second year managing the farm and Nick says he owes his success to the support he has received from Geoff and Mary.

“Coming into my first year managing on this farm was really stressful and a big change from being 2IC, but the job was made easier by my boss Geoff. He guided me and worked alongside me for the first six months, with pasture, cows, feeding, and after six months he got me to work alone and stand on my feet and that’s where I started to gain my confidence.”

It’s been a fantastic starting opportunity as a manager to have that support and then the opportunity to learn through making his own mistakes and successes.

His farm owners have also embraced him into their family and supported him through being away from his family, especially during Covid 19 travel restrictions.

“Geoff and Mary have not treated me like an employee, they treat me like family. I’m so grateful to them,” Nick says.

Nick last went home to visit family in March 2020 and luckily got the last flight back from the Philippines before NZ went into lockdown and shut its borders. Getting to NZ in the first instance was hard enough, and Nick was worried about not being able to get back and continue to financially support his family.

Nick studied a Bachelor of Agribusiness from Xavier University in the Philippines before he found out NZ was looking for farm employees.

Nick applied for 1000 jobs, but only one farmer gave him the opportunity to interview and then took the risk of bringing him out to NZ.

He worked for two years as a farm assistant and then as a herd manager and was on the verge of going back home when his Primary ITO adviser suggested he enter the Dairy Industry Awards as a dairy trainee.

Being a part of the competition, and being so successful, has definitely helped him skip steps up the ladder, he believes.

Having a great team culture is really important to Nick, and he has installed a policy where only the minimum work is done on the weekends.

He generally has two full time staff on a six-on, one-off, six-on, two-off roster, with a relief milker.

“We do things efficiently and effectively and work hard during the week to get all the jobs done so on the weekends we can just do the milking and have a town, family or church day.”

Nick says the key is to keep a friendly environment, maintain a level of respect, and regularly get feedback from staff.

Nick says his staff did an excellent job this year to improve the farm’s mating results.

They increased their three week submission and six week in calving rate by 7% and dropped their empty rate from 16% to 13%.

“I think the results are because of the teamwork, the team did a really good job. We were on to it pre-mating, doing tail painting and checking the cows at 11am and 5.30pm.”

Nick hopes to be able to become a NZ citizen one day and to later get his parents to move to NZ. He is hoping to go home next December as he is saving toward a contract milking position, as well as financially supporting his family back home. He is open to farming anywhere in NZ where the opportunity arises, but does hold a special place in his heart for Taranaki.

“There is something different about Taranaki, it’s the gold mine of the dairy farming industry. We grow good grass and don’t get the same droughts or floods.”