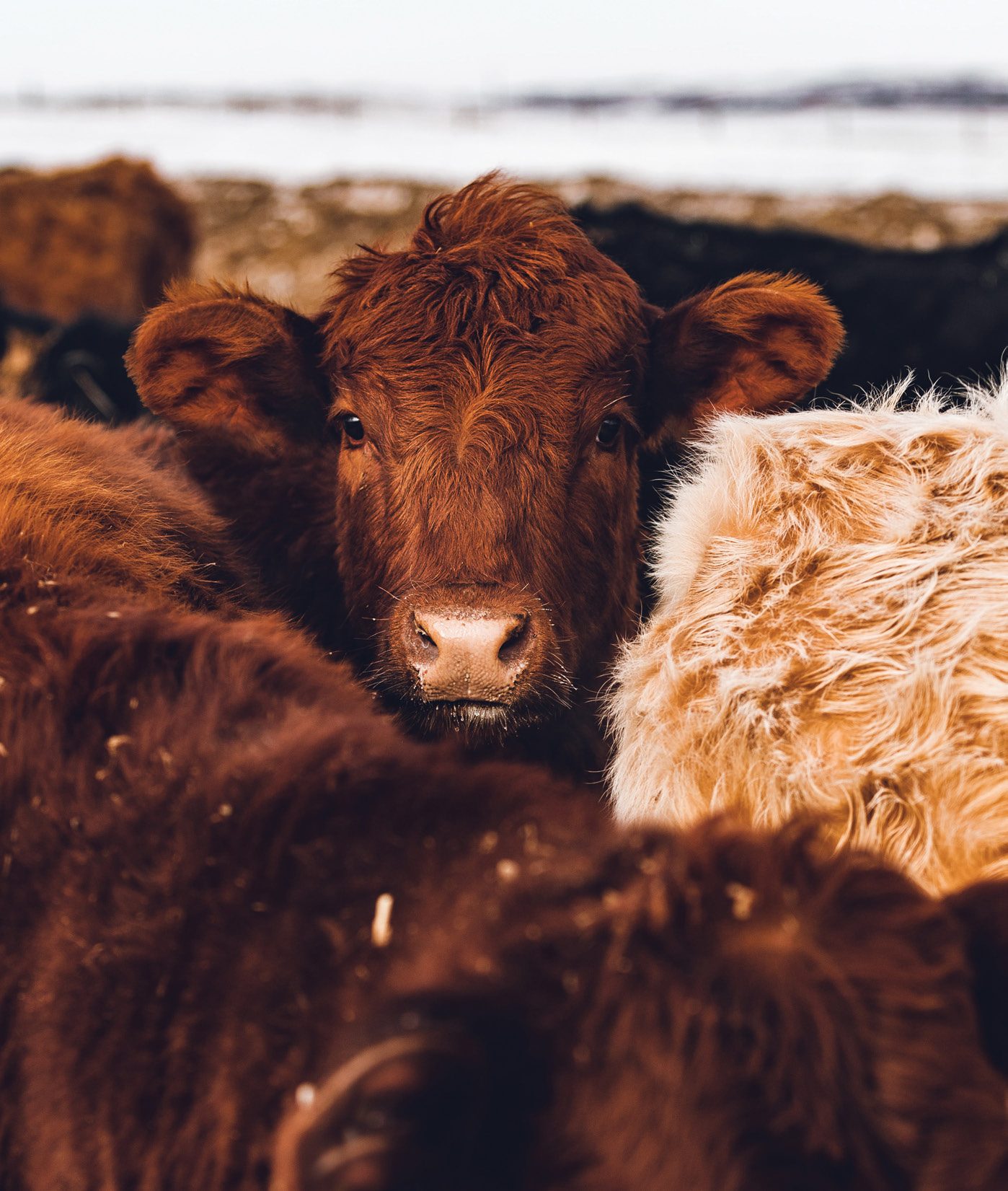 Kerry Dwyer looks at prices for stock sold last year as an indicator and possibilities for trading gains in 2022.

Beef prices are at record high levels in New Zealand, so it is worth reviewing what trading margins have been available in the last year. To keep it simple we can look at several gross profits that could have been made, based on buying various types of cattle at Temuka auction market last April.

I am using these as indicative figures, buying and selling elsewhere in NZ will have had similar but different results.

At the Temuka calf sale of April 7, 2021, there was a good range of beef-bred calves available. Let’s pick one pen of Angus-Hereford steer calves, weighing 233kg on the day, bought at $720/head which was about the average sale price at $3.09/kg liveweight (LW). 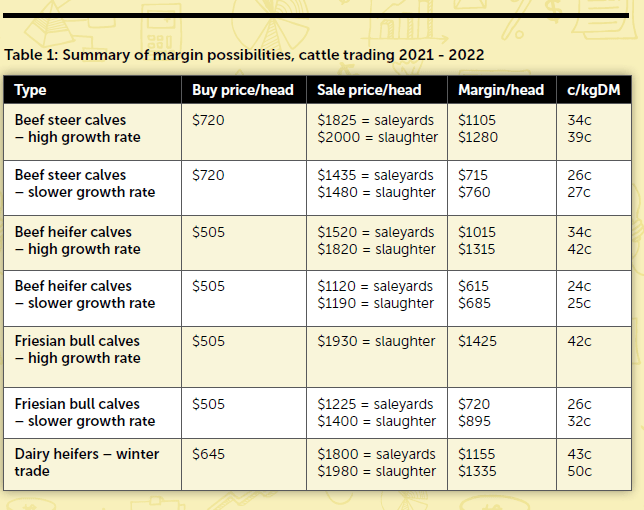 The margin of $1105/head should have costs taken off to give a gross margin in economic terms, but note the margin equates to about 34c/kg drymatter (DM) less costs.

Alternatively these steers could have been sold directly for slaughter, if you could get slaughter space. In that case a slaughter weight of 345kg would be achievable. Current pricing of $5.80/kg carcaseweight (CW) would value them at $2000/head, to give a higher margin of $1280/head or 39c/kg DM, less costs.

Some processors have been paying premiums above their published schedules which would place the carcase price at higher than $5.80/kg.

Buying beef-bred heifer calves at the same Temuka sale of April 7, 2021, is another option. The siblings to the steer example would have been 210kg Angus-Herefords at $2.40/kg LW or $505/head.

If the heifers had grown at a lower rate of 0.7kg/day they would have been 455kg LW by the end of March 2022 which would have put them on the knife edge between killable and store market option. Entering them in the store cattle sale would have priced them at about $2.45/kg LW, being $1120/head, a margin of $615/head equating to 24c/kg DM. Or putting them in the prime sale they might have been slightly higher at $2.60/kg to give an additional $70/head.

The next option would have been to buy Friesian bull calves, again at Temuka, for a comparable time trade. To make them comparable with the steers, a 230kg bull calf in early April 2021 is worth maybe $2.20/kg LW or $505/head.

We could look at other cattle trading options, buying R2 cattle instead of calves and selling them in spring for slaughter is the most common. As a variation on that, let’s look at buying empty dairy heifers and wintering them.

Assuming these were reasonably well-bred Friesians they could have been wintered, then sold seven months later at the end of October having grown at 0.9kg/day to achieve 600kg LW.

Selling direct to slaughter would have given a schedule price of $6/kg CW for these, to be $1980/head, a margin of $1335/head which would equate to about 50c/kg DM.

As Table 1 shows, there is variation in what was achieved last year depending on how well cattle were grown. I have not taken account of costs because they will vary with each option and with your own cost structure, work that out yourselves with what your finishing cattle have done in the same time frame.