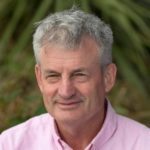 New Zealand is at war. The enemy is Covid-19, frontline troops are the doctors and nurses. and we are all the home guard.

The scale of the upheaval around the world and in NZ hasn’t happened since World War Two. According to World Health Organisation experts, the only way to defeat this enemy is to act fast and decisively. Don’t wait until everyone and everything is in position, just do it.

It is time for politicians from all parties to form a War Cabinet. Use the best politicians, the best decision makers. The Prime Minister seems to be doing a good job, but needs support from proven ministers. Apart from Grant Robertson, they seem in short supply.

We need courage, not politicians working for their parties and ideology. Halt all central and local government tax increases. Stop all non-essential legislation including environmental regulations which will hurt the war effort.

The worst of the virus is yet to come and can’t be stopped, but its impact and deaths can be lessened if everyone does their bit.

There will be abuse of the $12 billion package. The first was the Government’s $25/week increase to benefits which was pure pork barrel politics. It is another $2.4 billion/year when health gets only an extra $500m. The money would be better directed to businesses so they retain employees.

One beneficiary said her rent went up $25/week within hours of the Government’s announcement.

There will be greed and profiteering. A dentist told me masks were in short supply and had risen from $8/box to $61.

It seems the Government could have reacted quicker and done more random testing. Until March 17, only 500 people had been tested in NZ. The next day it tested 500. Canada had been testing about 1000 per million people and South Korea, 5000/million.

Covid-19 will be used as an excuse by some private and government companies and organisations to justify poor performance. Some employees will use it to shirk work.

If there is a positive, the anti-farming and climate alarmists have lost their platform.

The greedy and selfish will be called out, the kind and selfless honoured. Kindness and a smile will go a long way

On a happier note, a surprise gathering organised by Homeblock columnists in Wanaka gave me a fantastic night. They were there to celebrate my 20 years as editor. To be honoured by such intelligent people who are brave enough to share their opinions meant more to me than any award or honour I have gained in 30 years of journalism.