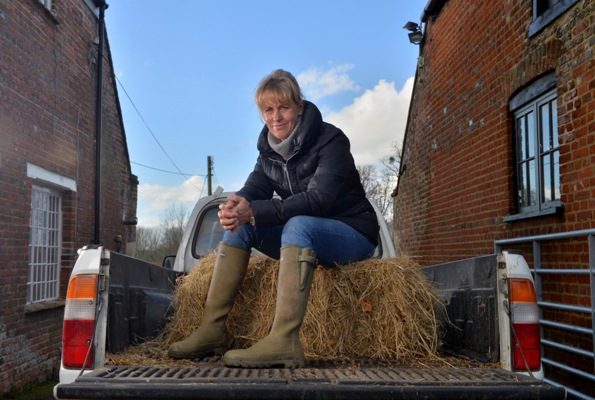 The clock is ticking down to the United Kingdom’s scheduled exit from the European Union in March, but for farmers there are still a great number of unanswered questions. Isabel Davies explains.

These are strange times in the United Kingdom.

The UK is due to leave the European Union at 11pm on 29 March 2019, but at the time of writing the government is seemingly no closer to securing a withdrawal deal that will win the backing of Parliamentarians, with different options being ruled in and out on almost a daily basis.

Whichever side of the Brexit debate you are on, most agree that the process is a mess. Following the TV news each night takes stamina.

The chaos means farmers still have no certainty about the trading environment they will face in less than 50 days’ time – an issue of critical importance given Europe is the UK’s biggest customer for food and drink, absorbing nearly two-thirds of exports.

Farm leaders have always insisted the UK must secure a withdrawal agreement that allows it to continue to trade with the EU with a frictionless border, terrified of the prospect of a ‘no deal’ hard Brexit which would mean falling back on the rules of the World Trade Organisation (WTO).

Overnight, farmers would be facing significant tariffs on exports and border checks because of the UK’s revised status as a ‘third’ country.

But in the absence of a viable alternative, the no deal scenario remains a real possibility. This is despite warnings it could prove ‘catastrophic’ for UK food and farming and leave many farms struggling to survive. Overnight, farmers would be facing significant tariffs on exports and border checks because of the UK’s revised status as a ‘third’ country. There’s also concern about agriculture’s access to labour as immigration controls tighten.

“Leaving the EU without a deal could well mean a trade embargo is imposed on animals and animal products going to the EU which, along with punitive tariffs on all goods going into the EU, would severely restrict livestock farmers’ export markets,” National Farmers Union president Minette Batters says.

“Meanwhile, the potential for Government to unilaterally lower import tariffs on food could lead to British farmers being undercut by food coming into the country which may have been produced to lower standards than is legally required of UK farmers.”

So what do UK farmers make of the whole situation? It depends on who you ask.

What has always been curious about the Brexit saga is how polarising it is within the farming community – with as many farmers viewing it as an opportunity, as those who see it as a threat.

On the run up to the referendum in 2016, the farming unions were mindful that it was not their place to tell people how to vote. However, most made it clear that they were pro-remain, arguing the interests of farmers would be best served by staying within the EU.

Yet repeated polls carried out by Farmers Weekly (UK), both before and after the vote, pointed to more than 50% of farmers supporting Brexit.

Of course, many have come to their viewpoint based on wider concerns than the EU’s influence on their farming interests. Nevertheless, there’s little doubt that irritations such as the EU’s reluctance to relicense glyphosate, its ban on the use of neonicotinoid seed treatments or its insistence that every arable farmer claiming subsidy must grow at least three different crop types have bolstered farmer support for the ‘leave’ agenda.

Many Brexiteers continue to see leaving the EU as a once in a lifetime opportunity to rid themselves of ‘European interference’ and develop policies more suited to UK conditions and UK aspirations. They accept there will be pain in the short- to medium-term, but believe long-term there will be benefits if the UK pursues new trade opportunities outside of Europe.

Speaking at the Oxford Farming Conference in January, DEFRA secretary of state Michael Gove – one of the chief architects of the leave campaign – said it was a chance to “develop a more vibrant farming sector with access to technologies the EU is turning its back on.”

One of the carrots he is dangling is the prospect of UK farmers benefiting from gene-editing techniques, which the European Court of Justice has effectively blocked in the EU by ruling it should be governed by the same rules as genetic modification.

But Gove’s ambitions go far beyond escaping from the bureaucratic straitjacket of the Common Agricultural Policy.

In September 2018 the government published an Agriculture Bill that set out the direction of travel for farmers after withdrawal.

The intention is to phase out direct payments (in 2018 worth £230/ha in lowland England) between 2021 and 2027 and move to a system of paying money for the delivery of public goods. Money will still be available to support farmers, but to access it they will be expected to deliver environmental services, such as offering public access to their land or managing their land for biodiversity through a new Environmental Land Management scheme (ELMs).

The government says the goal is to deliver a “cleaner, greener and healthier” countryside, focusing on protecting natural capital and improving soil, air and water quality. But one of the biggest problems is that it is yet to say how much be money will available to fund this work.

At present UK farmers draw down £3.2 billion each year from the EU in the form of direct support payments, money paid out under agri-environmental schemes or through rural development grants. While the government has committed to continue to protect this level of expenditure until 2022, beyond that there a real possibility that funding will be cut significantly.

The removal of direct payments will leave a large hole in the balance sheet of most farm businesses, which won’t be easy to fill. Government statistics show that over the period 2014 to 2017, the average UK farm made most of its money (61%) from subsidies. Take away direct payments and the reality is that many farms are operating at a loss from their farming activities – particularly beef and sheep farmers.

The government says it wants to give farmers time to prepare for the changes, so payments will be phased out, rather than disappear overnight. But whatever happens over the coming weeks, it looks like many farmers – particularly those outside of the top 25% in terms of financial performance – will need to make dramatic changes to their businesses if they are to make a sensible level of return. Structural change is inevitable. The government wants an agricultural revolution and revolutions tend to be bloody.

Farm businesses have been doing what they can to get ‘Brexit-ready’, but it isn’t easy given the level of uncertainty. Despite all the research, predictions, countless hours of debate and argument there’s no consensus on the way forward. Strange times indeed.

What would a hard brexit mean for NZ sheepmeat exports?

The UK sheep industry is the sector which is perhaps most vulnerable to a ‘hard’ Brexit – with knock on consequences for importers.

A report published this month by the levy-funded Agriculture and Horticultural Development Board warns that UK farmers could be looking at a 30% fall in the value of lamb (on 2016 levels) if the UK leaves Europe without a withdrawal agreement.

The sector is particularly exposed in the event of a no deal scenario, because a third of UK production is currently exported to Europe. The removal of tariff-free access would see the domestic market in an oversupply position, dragging down prices.

The UK view is the level of oversupply will depend in part to what extent NZ imports are displaced elsewhere. The UK is hoping that the resulting shortage of sheepmeat in Europe should see EU prices rise, making it a more attractive target for NZ.

UK farmers would be expected to react to the lack of profitability by downsizing or exiting the sector – but how quickly this happens will depend on processing capacity and market conditions.