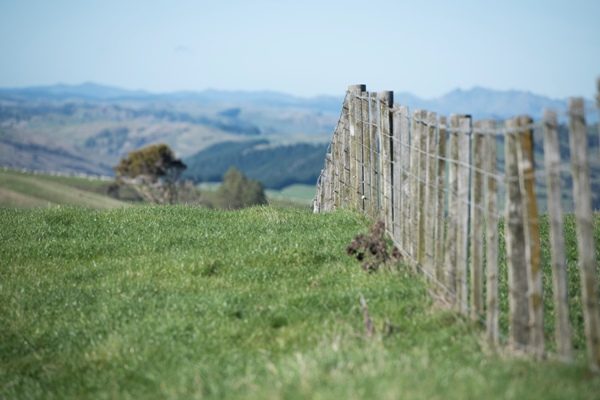 The past few decades has seen massive growth in our digital appetite. From our increasing reliance on smartphones in our day-to-day and business lives through to onfarm technology that helps us farm smarter.

The next wave of the ‘digital transformation of pastoral farming’ will bring out virtual fencing, a rival to traditional wire and batten fences.

Virtual fencing (VF) is a concept that has been around for a long time but in recent years has been progressing forward with leaps and bounds with the help of improved GPS technology. Animals wear GPS-enabled devices, in many cases a collar, that monitors their location relative to the invisible fence line on a digital farm map. To deter the animal from crossing the invisible line virtual fence the collar will emit a series of audible sounds as the animal approaches the fence. If they cross the line, a mild electrical pulse or vibration provides a corrective aversion.

Three companies are in various stages of development and onfarm trials in New Zealand. Halter, a Kiwi agritech start-up, Agersens and Vence. Halter was set to commercially launch its GPS-enabled cow collars in April. Agersens are working with AgResearch for their eShepherd technology.

‘There are two sides to the equation, one is looking after animals, the other is looking after pasture. How you manage livestock on pasture is fundamental to pastoral farming and VF helps on both sides.’

Aside from the obvious benefits of reducing fencing costs, yearly maintenance, fencing difficult areas and protecting riparian and other environmentally sensitive areas the technology also claims to have benefits in animal health by alerting you if a cow is lame, calving or in heat. Technology like EveryCow by Allflex is similar in that cows wear a collar or tag containing a small IoT (internet of things) chips that store and transmit data about their condition. EveryCow technology has been launched on dairy farms with Allflex saying beef will follow.

As well as being able to replace permanent and temporary fencing, VF collars can also be used to shift animals around the farm by creating a virtual fence behind the animal to move it along.

With about 150,000km of fencing in NZ the investment by farmers in traditional fencing in both building and maintaining, is massive. However with a lot of investment already made by farmers in fencing waterways, VF may have missed the boat for some to capitalise in that area.

Greg Shepherd researched virtual fencing for his 2018 Kellogg Rural Leadership report and says once a mechanism like VF is in place, it will create significant value for the industry.

With a background in farming and digital transformation Greg was excited to delve into VF and its potential effects on pastoral farming.

“There are two sides to the equation, one is looking after animals, the other is looking after pasture. How you manage livestock on pasture is fundamental to pastoral farming and VF helps on both sides.”

The 2018 KPMG Agribusiness Agenda captures biosecurity is top of mind for farmers, highspeed rural broadband is a close second (followed by food safety).

“Those three things are fundamental to helping our industry stay ahead. The cost of Mycoplasma bovis is estimated to be around $1 billion. That’s a lot of money that could be invested in other things like getting technology on to farms,” Greg says.

An internet connection (mobile or broadband) is required for the farmer to work with VF technology. Network connectivity and coverage for pastoral farmers is constantly discussed and is fundamental in the progress of innovation and use of digital technologies for farmers in remote locations, arguably where VF technology could have the most potential benefits.

However, despite the priority of high-speed rural broadband there is only one submission from Venture Southland representing primary sector concerns for the ‘Study of mobile telecommunications market in New Zealand’ as part of the Government’s jobs and innovation policy.

“What I found with some of my research is Venture Southland was the only regional organisation looking at what’s happening with the Commerce Commission’s mobile markets study. If communication infrastructure is important there needs to be more voices from the key industry stakeholders to help drive the framework that will determine where our mobile markets go.

“Connectivity leads into all these digital solutions, including VF, so the industry really needs to help articulate the value proposition.”

From Greg’s work with Spark he says he is mindful of the cost of the last mile but being able to get a scaleable solution that provides value to farmers will support investment in core infrastructure.

“With any investment, until the value proposition is clear no one will spend money. VF is very scaleable given cattle numbers but when the technology progresses to other livestock like sheep, goats and deer, suddenly there’s huge scale in getting farm assets connected creating a paradigm shift for the digital transformation of pastoral farming.”

The combination of VF geo-spatial data of land areas with the geo-location of individual animals could provide behavioural grazing patterns for zones within a paddock. This data could be used to build baseline datasets of carrying capacity and grazing behaviours to help determine pasture allocation. In a nutshell, you can use this information to set paddock rotation and get a better idea of how much animals are grazing (potential integration with other technologies such as Farmote and Space).

Although in theory VF could replace all fencing requirements, there will always be a need for physical fences.

“From discussions I’ve had and looking at the current legislation, boundary and road fences will always be critical as it gives farmers (and the public) reassurance they’ve done everything they can to keep livestock off roads. At the end of the day they still have a duty of care.”

From a biosecurity standpoint physical fences will remain important for between farm biosecurity management.

VF provides an opportunity to understand animal behaviour, health, welfare, security and manage pasture allocation which ultimately could enable measurement of pasture conversion to a primary product from an individual animal.

“Some of the problems we are facing; water quality, environmental management etc, isn’t going to be solved by yesterday’s technologies. We need to be able to enable these new technologies and invest in them and the farming community needs to be a driving force behind that.”

Mycoplasma bovis is testing the pastoral industry’s tools and management processes to contain and eradicate the outbreak. Among many recommendations regular inspection of boundary fences is encouraged to contain the disease.

With the shortcomings of NAIT, containing M bovis has been a difficult task with having to use paper trails and multiple systems. VF could change that dynamic by providing real-time information as well as historical information on animal movements.

So will the collars associated with VF work alongside NAIT in the future? Likely not. Although in theory the collar technology means animals’ whereabouts can be tracked and traced in real time Greg surmises in his report that there appears to be little benefit for commercial entities to apply for NAIT Device approval unless they are ear tags that can be discarded and unable to be repurposed after death, export or slaughter.

There appears to be suitable provisions under the Biosecurity Act to establish ‘controlled areas’ which could consider virtual fencing.