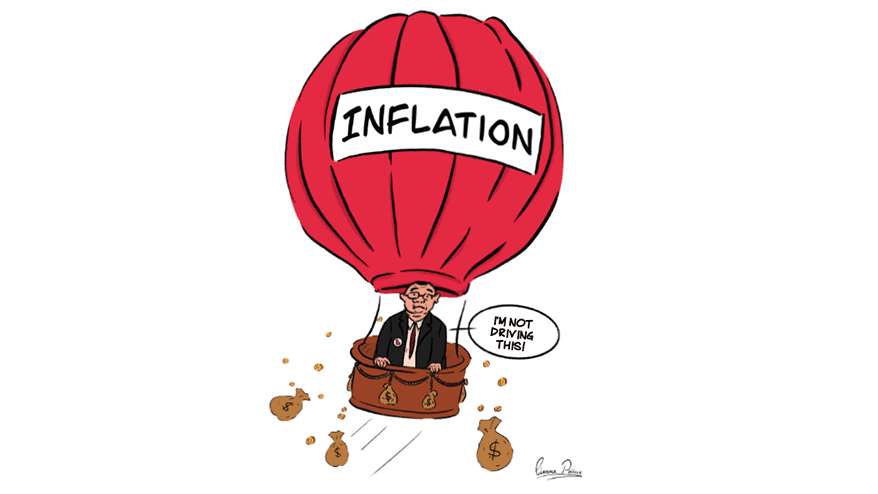 WHILE THE 2023 GENERAL election is still about 17 months away, it appears the election campaigns have already started.

Labour is trying to salvage the Three Waters reform, push Fair Pay agreements, work on the social unemployment insurance scheme, and health reform among other policies.

I do not want to discuss the merit (or lack thereof) of these policies, but rather focus on a topic that will become a key battleground: taxation.

High inflation rates and a couple of recent speeches, comments, and the release of the March International Monetary Fund (IMF) report (technically, it is called Staff Concluding Statement) have put taxation back on the radar of many people.

Here is my takeaway from what I have been hearing, which is the starting point for this article: Labour does not want to implement a capital gains tax but might introduce a wealth tax, while National wants to reduce income taxes by adjusting the bottom three income tax brackets and disestablishing the highest bracket.

The IMF, so it was reported, advised against income tax cuts.

Before assessing these opposing ideas, a comparison of New Zealand’s tax system with other OECD countries. The tax-to-GDP ratio in New Zealand (32.2%) is about average compared to OECD countries (33.5%) but is substantially higher compared to countries such as Korea (28.0%), Australia (27.7%), or the United States (25.5%). The NZ tax wedge (19.1%) is low relative to OECD average (34.6%), while the corporate tax rate is high relative to the OECD average. The tax wedge measures the tax on labour income including taxes paid by employee and employer.

A wealth tax is not a good idea to redistribute wealth. A capital gains tax would be preferable tax, but ultimately, redistribution via the welfare system is the best path.

Can and should we reduce income taxes?

The IMF comment appears odd. On the one hand, the IMF says that there is fiscal space to increase spending but on the other hand tells us taxes should not be cut. However, if you have space to spend more you can also cut taxes. That’s basically the same thing from a macro-perspective.

What do changes to income taxes do? In theory, reducing income taxes creates a positive wealth effect. This should stimulate consumption and reduce savings. There are additional effects to consider, however. For example, behaviour (especially for employment decisions) can change due to changes to the marginal tax rates, and so-called general equilibrium effects occur (e.g: changing prices). Further, the future fiscal policy path is important to steer expectations of potentially lower spending or higher taxes, which are important for consumption and investment decisions.

Broadly speaking, there are two viewpoints on fiscal policy and taxes: The first (trickle down) argues reducing tax rates at the top of the income distribution will have the largest economic impact because high marginal tax rates cause large distortions in investment and labour (supply and demand).

The second (bottom up) argues that low-income households benefit most from tax cuts, because they have high marginal propensities to consume and disincentives to work (e.g: due to means-tested benefits).

An interesting new research paper, “Tax Cuts for Whom? Heterogeneous effects of income tax changes on growth and employment” looks into exactly this question based on US data. Do income tax cuts at the top or the bottom have the largest effects? The takeaway is that cutting taxes at the bottom has larger growth effects and larger effects on employment. The key factors are the responses in labour supply, consumption, and investment.

Should we reduce income taxes? Based on this research finding and because the marginal effective income tax rate is relatively high in NZ (relative to the OECD average), there is a case for reducing income taxes at the lower end of the income distribution as suggested by National. This should lead to more economic activity and create employment. Recall that, while many people say the unemployment rate is 3.2% with 94,000 Kiwis out-of-work, there are 100,854 Kiwis on the so-called work ready Jobseeker Support programme. Hence, the unemployment rate is probably closer to 6%, and we should do what we can to help these people find employment.

Can we reduce income taxes? Notice that, typically, you do not change taxes in a vacuum. National has made it clear they want to reduce Labour’s wasteful spending and shrink the public sector. Assuming this happens (and it might be a strong assumption), this could create enough fiscal space to finance the tax cuts, especially given NZ’s relatively low debt-to-GDP ratio of 38%.

Overall, changing the focus of government spending towards productivity-enhancing expenditures (R&D, infrastructure, schools, young firms) while reducing wasteful spending gives fiscal space to reduce income taxes by adjusting the lower two to three income brackets. This policy should generate positive effects on economic activity and employment. Given the high inflation environment, this would be an option beyond 2023 (as additional demand right now would increase inflation even further).

However, stay away from changing income taxes and rather reduce corporate income taxes, which are relatively high in NZ compared to most OECD countries and small open economies in particular.