Renee Judson had her own Master Chef moment as part of the 2019 Silver Fern Farms Plate to Pasture competition. Three judges and a photographer descended on the Judsons’ Awamungu home and kitchen to observe and record her every move in preparing a venison salad with redcurrant jus on potato wedges.

Renee and husband Maurice were overall winners of the 2019 award assessed across a range of farming and SFF supply performance measures. An allied challenge was to pitch, prepare and plate a chosen red meat dish suitable for a SFF overseas market.

The Judsons were winners of the southern South Island region for the deer part of the operation they manage for Wistaria Company, owned by David Ivory. They therefore decided it was fitting to run with venison, pitching it at time-poor but reasonably affluent American customers, after an easy-to-prepare dinner option.

The recipe was a fusion of ideas. The inspiration for presentation of the dish came from lamb rump served at a Dunedin restaurant.

“I liked the way the rump was served on a salad with the jus drizzled on top, so I borrowed that idea.”

Instead of using lamb rump, Renee chose venison backstraps which she practised pan-frying to perfection.

An American friend familiar with taste preferences of her home country suggested pairing the venison with either a cranberry or red currant jus.

“We experimented with both and decided that the red currants had the right balance of flavour and sweetness.”

Renee was understandably nervous on judgment day and adding to the pressure was discovery that the defrosted backstraps were thicker than the those cooked in the trial runs.

The glitch sent her into a temporary tailspin on how to adjust the cooking time, however a Google tip which said meat was cooked once it pulled away freely from the hot pan, saved the day.

“I’m lucky we have two ovens and I had everything timed… the judges were very positive, and I think that choosing venison was our point of difference.”

Peel potatoes and cut into wedges. Mix oil and salt together in a cup. Parboil potatoes for about three or four minutes and drain water. While waiting for the potatoes to come to the boil, pre-heat oven to 220C fan bake and place roasting dish in to heat too. Toss oil through potato wedges and drop into hot oven tray for baking. Do not turn the wedges over. Cook for about 30-35 minutes until golden brown

Allow venison to sit at room temperature for 10- 15 minutes prior to cooking.

When venison is ready to cook, heat a heavy-based frying pan over a medium-high heat.

Meanwhile season the venison with salt and ground black pepper, when pan is ready place a teaspoon of butter on the venison and place butter side down in the pan. Cook for 3-3 1/2 mins either side, repeat butter and venison step.

To test for doneness, press down on the venison, it should still have a lot of give when pressed and not stick to the pan as you try to lift it.

When cooked, place venison on a clean pre-heated plate and cover with tin foil. Wrap in a clean tea towel and leave to rest for 10 minutes.

While the venison is resting prepare the jus.

Add the remaining butter to pan and cook the red onion for about 5 minutes.

Add the redcurrant jelly and allow to caramelise. Add rosemary, wine, beef stock and balsamic vinegar, boil hard until reduced (about two minutes). Strain through a sieve prior to serving.

Place wedges on base of plate, heap salad on top of wedges and place sliced venison on top of salad. Drizzle jus over meat and salad. 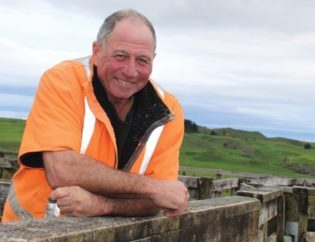