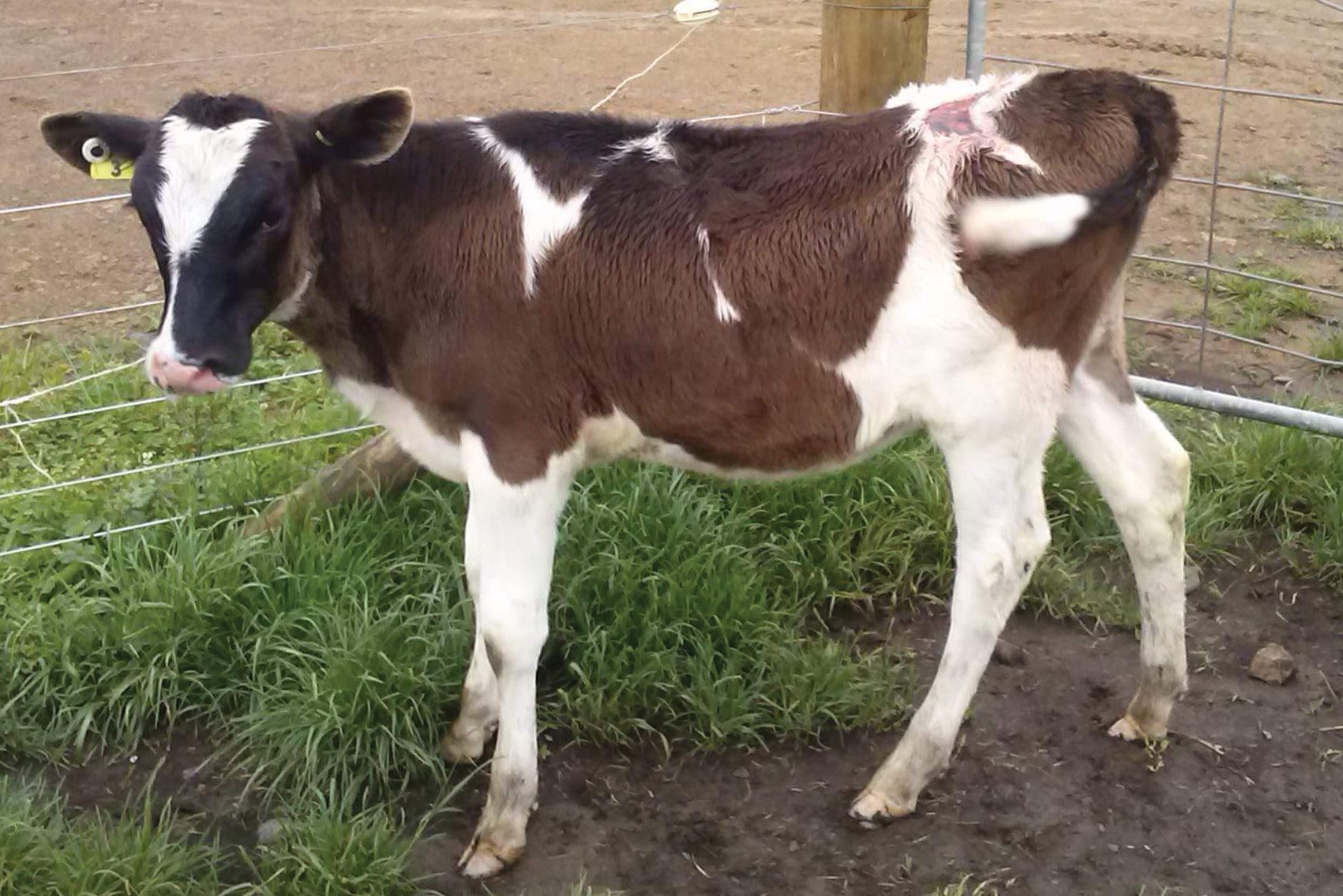 Spring eczema is one of those diseases which rarely makes the list of things to be considered on a seasonal basis. This is probably because of the sporadic nature of cases, the unknown cause, and therefore the inability to prevent it.

Spring eczema cases are typically seen between September and November. Cows or calves show signs that their skin is burning, particularly on white patches and the udder, when they are out in daylight. They fluctuate between being depressed, hiding on the ground to being agitated, flicking their tail, legs, head and ears. They often have a high body temperature. At night, or when out of direct UV light, the cows are more relaxed and comfortable, and will generally graze.

The underlying cause of the disease is not known, however it is associated with low-grade liver inflammation – the liver enzymes (GGT and GLDH) are often slightly to moderately increased in acute cases.

This week I have been looking after a cow with spring eczema, and I have made some observations which have changed what I would recommend as acceptable care of cows suffering from this condition, and indeed any animal with photosensitivity.

Diseases where photosensitivity is a clinical sign are not just painful, they are severely painful.

Therefore the best pain relief available should be provided and all efforts have to go into providing an environment onfarm which minimises pain and suffering while the cow experiences photosensitivity.

As a vet, the ongoing days of pain these cows suffer is not something I fully comprehended until I had to care for a case myself. It is not acceptable to leave these cows somewhere where they cannot get out of direct exposure to UV light.

My role as vet historically ended after I had given affected cows an injection or two and I drove out the farm gate. While I often wondered how the cow was doing, I now know the drugs we have available are not strong enough to stop affected cows from experiencing pain. Onfarm management of affected cows is where the biggest difference is made to their pain levels.

The conflict of not wanting to create more work for yourself at a busy time of year, versus meeting the needs of the animal, make it easy for judgement to be clouded. The time and effort to lock a cow away in a shed during the day, and to let her out for grazing only at night I believe should not be negotiable.

Cows are smart – given the opportunity they quickly learn where to escape from the pain source (light).

It took 24 hours of observation for me to realise that putting a cow in a paddock with trees is not sufficient care for a photosensitivity case.

Shade moves and changes in size and availability.

Cows will do their best, but in reality during the day, they should be locked somewhere where they have no choice but to be out of direct UV light.

The cow I observed walked determinedly over 1km in the opposite direction to the herd after milking, alone, and put herself into a hayshed on the second day of having use of it.

She quickly learned that that was where her pain was lowest. On the third day, she took herself out of her night paddock and went to the hayshed as soon as the sun came out.

From what I have seen, putting a cover on a cow can make the pain from photosensitivity worse. I understand why it is done – a cover protects the skin from direct light exposure, right? Yes, but not completely enough to stop burning from occurring – the udder, legs, tail and head are all still exposed.

Cows with photosensitivity often also suffer from a high fever during the acute stages of the disease – over 40 degrees Celsius. The contact pressure from having a cover on a cow with burning skin may make her more agitated and uncomfortable if she has a fever. 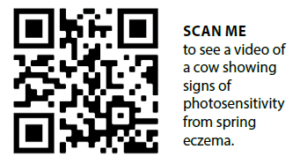 Forcing a cow to be out of direct sunlight may only be necessary for a few days – you can see when she is comfortable to be outside again from her behaviour. Taking her away from the light as soon as possible will reduce the amount of skin damage, keep her appetite up and help her retain milk production.