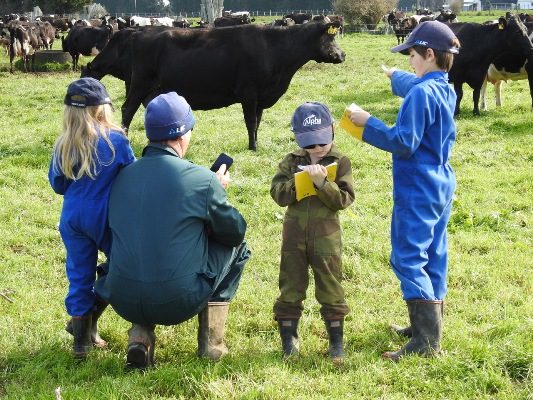 Norsewood sharemilkers Rob and Shiralee Seerden have had a bumpy ride both with farm and family. 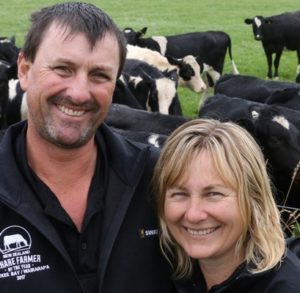 It’s been a year of highs and lows for our family and farming venture. Since December decluttering 10 years of farm and household goods has been a liberating experience. Not so for the children who are parting with many, many toys as we move to a much smaller abode.

Theileria hit us hard this season with our naive herd exposed while wintering off farm. No obvious explanation as to why our herd had a harder time coping with the disease compared to other herds in the district. Eight suspected theileria deaths, four cows drying themselves off directly after calving and the herd’s milk production disappointing with such a fantastic spring and summer. This led us into a devastating in-calf rate.

Plans to finish our 10th and final season on a high and move to a larger farming position with only natural increase is now but a pipe dream.

What we’ve discovered is stress and anxiety doesn’t always look sad, sometimes the happiest person may just be the one wearing the best disguise.

All season until recently our herd of 260 cows were put into two mobs, heifers and mixed age to take pressure off the older cows who were the hardest hit from being pushed around by the younger mob. Milkings were more pleasant but long especially when a third mob had to be set up with 20 cows separated to milk once-a-day until regaining their strength and returning to the main herd.

Our son also decided to enter The Dairy Industry Awards as a dairy trainee. With the awards emphasising to learn and grow, his goal was to use this to help in his confidence of public speaking and to make it into the second round. Both of which he achieved. The Hawke’s Bay/Wairarapa regional winners and merit winners are talented and set a high standard of skills and we will be watching with anticipation at the nationals.

This year has also brought our family into an emotional rollercoaster with the awareness that one of our children suffers with a mental health issue: anxiety. Only now are we armed with the knowledge that they needed planned structure for security.

This has caused Rob and myself much grief, as our easy-going, spur-of-the-moment, no-plan-required personalities are the main source of their anxiety. Reflecting on years past we’ve been negating signs and signals this child portrayed; with over-the-top outbursts that seemed to sit with their dramatic personality and typical childhood growing pains – in reality it was a cry for understanding.

Their mask of self-confidence and strong will had over shadowed their inner turmoil and lack of self-worth. Unfortunately, when problems are not dealt with early they fester and explode and we are left dealing with a relationship aftermath.

While in this tribulation the message of last year’s guest speaker Matt Honeysett was ringing in our ears. Relaying an emotional speech on his family’s adversity at the Dairy Industry Awards Regional Field Day, he was provoking us to change, to put into perspective our work/life balance.

He emphasised that when tragedy strikes; priorities very quickly change and your good work/life balance doesn’t look so great after all. This advice, in light of our family situation, has been pivotal in our search and consequent signing of our new sharemilking job.

What we’ve discovered is stress and anxiety doesn’t always look sad, sometimes the happiest person may just be the one wearing the best disguise. The farming hub which once kept people connected and supported has changed, it now requires purposeful effort to get to know one’s neighbour.

In retrospect theileria is just another small hurdle that we all deal with each season and all things considered it’s not what gives us sleepless nights. For ourselves family is worth everything and dairy farming is an ideal platform to support life’s ups and downs, and ups!