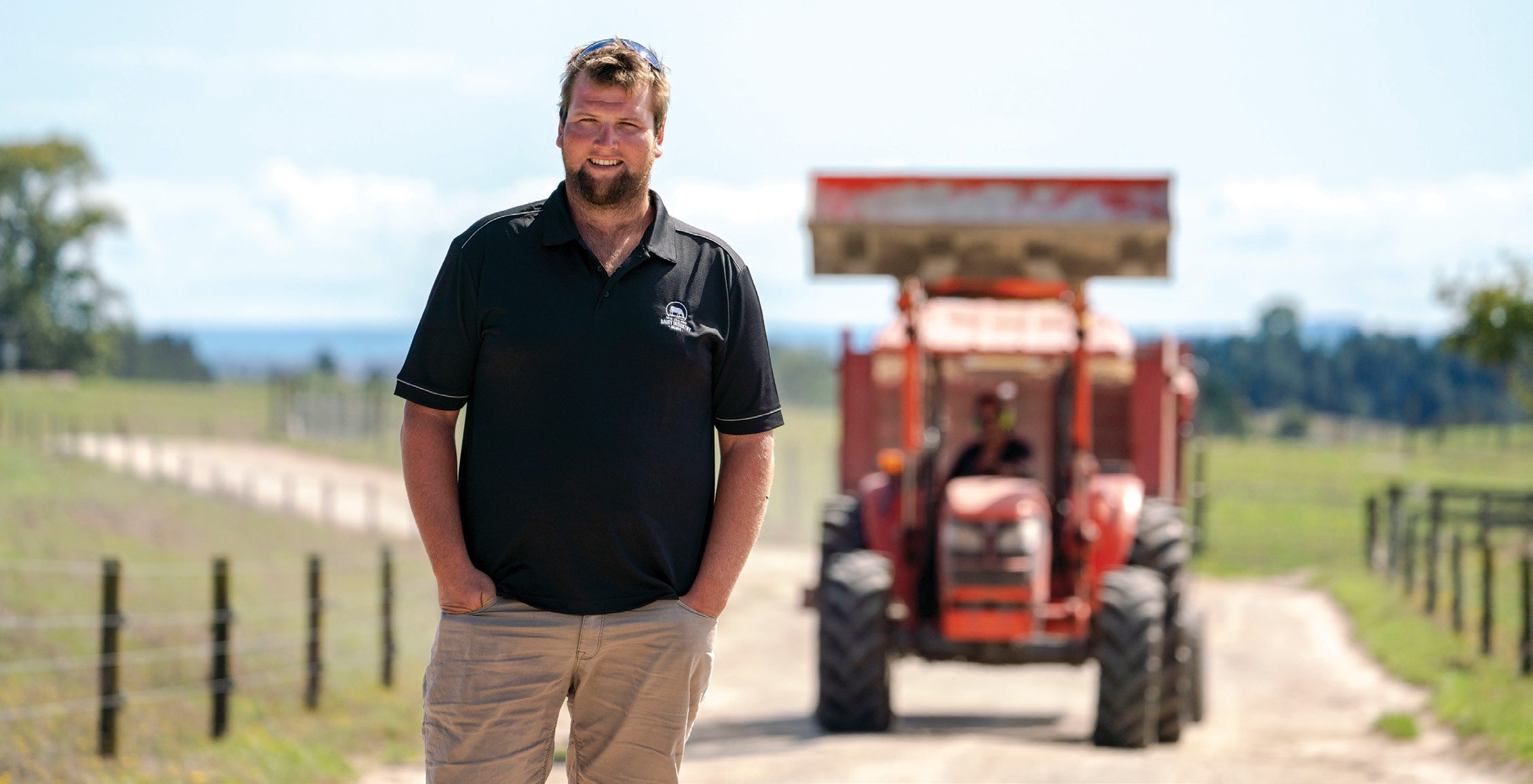 Andre Meier is always aiming to improve both in professional and personal development and the Dairy Industry Awards is a perfect platform to do both.

The 2020 Bay of Plenty Dairy Manager of the Year manages an 800-cow Once-A-Day (OAD) operation at Pongakawa for Ao Marama Farms, owned by Will and Anne Nettleingham.

Andre has entered the competition twice previously, he won a merit award for leadership in 2016, came third in 2017 and won two merit awards.

Entering again this season was his last opportunity to take out the Dairy Manager title before going contract milking.

“The Dairy Industry Awards are a great way to benchmark myself against others and get my name out there.

“I always like to push myself, if I can learn something about myself that is beneficial.” 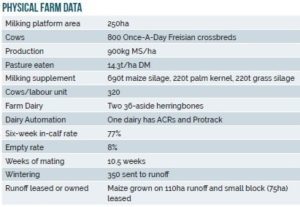 “The judges said team management was an area of strength and it was a credit to me that my staff wanted to stay with me on my new venture.”

One of Andre’s onfarm initiatives was to make short practical instructional videos for things like how to set up the farm dairy or how to wash the plant.

“It’s easier for someone to watch that than read instructions.”

Andre grew up on a lifestyle block at Te Puna in the Bay of Plenty and used to get work on neighbouring drystock farms growing up. He started relief milking on a dairy farm and got offered a job as farm assistant when he finished high school.

He moved up to be a herd manager of 180-cows and he was often running the operation solo with the manager also running a second farm.

Andre then went agricultural contracting for five years before driving his way back into the dairy industry seven years ago.

He started off managing Will and Ann’s 350-cow Allport farm at Pongakawa before moving up to the current operation of 800-cows. Andre identifies staff injuries during calving as both one of his biggest challenges and successes.

Two years ago his herd manager Lindsay Williams shattered his ankle one week out from calving, another staff member had  a bike accident and two other staff left suddenly.

“Two of us continued to calve down 800 cows, we got through it and then were rewarded with the news we had the top mating results for our area. We had 86% six-week in-calf rate and a 7% empty rate.”

They went on OAD in August and have continued to milk OAD after seeing the benefits, with this season been the first full year of OAD milking.

“We have seen an improvement in animal health, mating and staff morale,” he says.

“Our farm systems are clear to staff and therefore efficient, meaning staff can work independently.”

OAD also suits the farm, which is rolling to steep with some ‘tiger country’ out the back. Andre set the farm’s record production of 255,000kg milksolids (MS) while milking twice a day, and believes the farm is capable of achieving 240,000 on OAD.

“We have suffered two droughts since going OAD though so it’s hard to compare.”

Andre is Chair of Te Puke Young Farmers but will have to step down this year after turning 30. Young Farmers is a great opportunity to get off-farm, socialise and network, he says.

“It’s fun and social as well as educational.

“We have ‘Farm Yarns’ events where we visit a member’s farm once a month. It’s a good opportunity for the young farmers who haven’t been on many farms to check out other systems.”

Being a part of the club and taking on the Chair role has also improved Andre’s confidence with public speaking.

“Having to run meetings has pushed me outside my comfort zone, which probably helped with my presentation to the judges. I still get nervous though.”

Andre’s is going contract milking with his partner Natalie Cameron next season, on Natalie’s family farm. Natalie is 2IC on the adjoining 300ha drystock block which the couple will continue to run along with the 420-cow milking platform. Lindsay is going with Andre as his 2IC. Natalie’s parents Bruce and Gill Cameron have made a succession plan for the couple, which Andre is grateful for.

“We know where we are going, it’s awesome. You couldn’t ask for anything more.”

The couple hope to progress to sharemilking and invest in a farm by 2028.

“We would like to build a good foundation and grow our business to achieve our long-term goal of farm ownership.”