In September I visited Wellington as part of a Red Meat Profit Partnership (RMPP) group, that being one of the many in a programme that I dared to question earlier in the year. It was the scattergun approach that I questioned, not that value was not being gained.

In this case a lot of value was gained by getting face-to-face with government representatives, scientists and other industry players.

The government people were from MPI and tried to present themselves as acting totally in the interest of farmers. Like, we are your mates. Not a sentiment widely held by farmers and one not enhanced by that meeting. That is not to say that they are not valued partners in managing the industry, but too many things have not gone well on their part to feel too cosy. They were particularly proud of their part in softening the freshwater rules.

A very vigorous discussion about regenerative farming left me perplexed as to why this concept has got such big legs so quickly when there is no science at all that shows its value in our environment. We have many examples of products and ideas from overseas coming here with the expectation that they will deliver here in the same way that they did where they came from. But they don’t.

This farming concept is very much one of those. When I looked at the objectives, I could see that the majority of our farms are meeting those objectives, despite them having, by implication, a pejorative description of degenerative farming.

In this same flurry of presentations was one bringing the group up to date with Landcorp. The focus was on what they are doing as well as what they are. While none of what I heard was new to me I was interested in the reaction of the farming members present.

It was very ho-hum with a strong sentiment of disappointment that they were not doing more that had a direct benefit to farmers in general. The only direct way they do this is through their genetics programme. But the huge progress in farming systems, management systems, innovations in soil management and forage, for example, in the industry have not come from Landcorp.

Should we have the expectation they are industry leaders? I have always thought they struggle with what their role is and get largely consumed by having to keep a very large farming business going. In my attentive group there was no mention of the need to sell it up.

The farming greenhouse gas game is managed by MPI. There is some of this which is hard to understand or even accept, but it is it having two different objectives which are operating at the same time which confuses me.

The big objective is to have a 10% drop across the livestock industries of methane by 2030 compared to levels in 2017. The sheep and beef sector is already at least 5% smaller than it was in 2017. By 2030 it will be at least 10% smaller. Objective achieved. Yet farmers will be required to change their systems, like lowering stocking rates, to lower their methane emissions by 10% from their 2022 levels.

I posed this scenario to one of the MPI people in another forum and was left with a “I don’t know” answer. There is no question farming can be more efficient, can emit lower levels of GHG and remain productive. Developing tools will help. Clarifying the goals would help.

As part of this group tour that included these Wellington presenters, we visited a couple of farms doing great stuff. What impressed me was not so much what they were doing but how they got to where they were.

The bits that stood out for me in that process was planning and detail. Minimising exposure to what they cannot control. Of course the energy being applied, the lack of risk aversion, the excitement in what they are doing were all there. It once again showed that progression in farming, as for the progression of mankind, is an outcome of individuals going way beyond the norm to get to a new place. We all then follow.

Coming out of the winter on my small farm has shown the benefit of a 75-day rotation on 48-hour shifts. Great pastures ahead, averaged 1.1kg/day liveweight gain and ending at 950kg LW/ha demonstrated how I had regenerated the energy in my soils to support the pastures to set up an awesome spring. Wow, what a great concept. 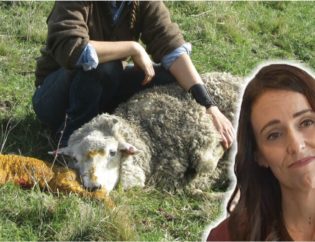 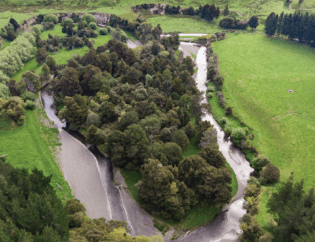