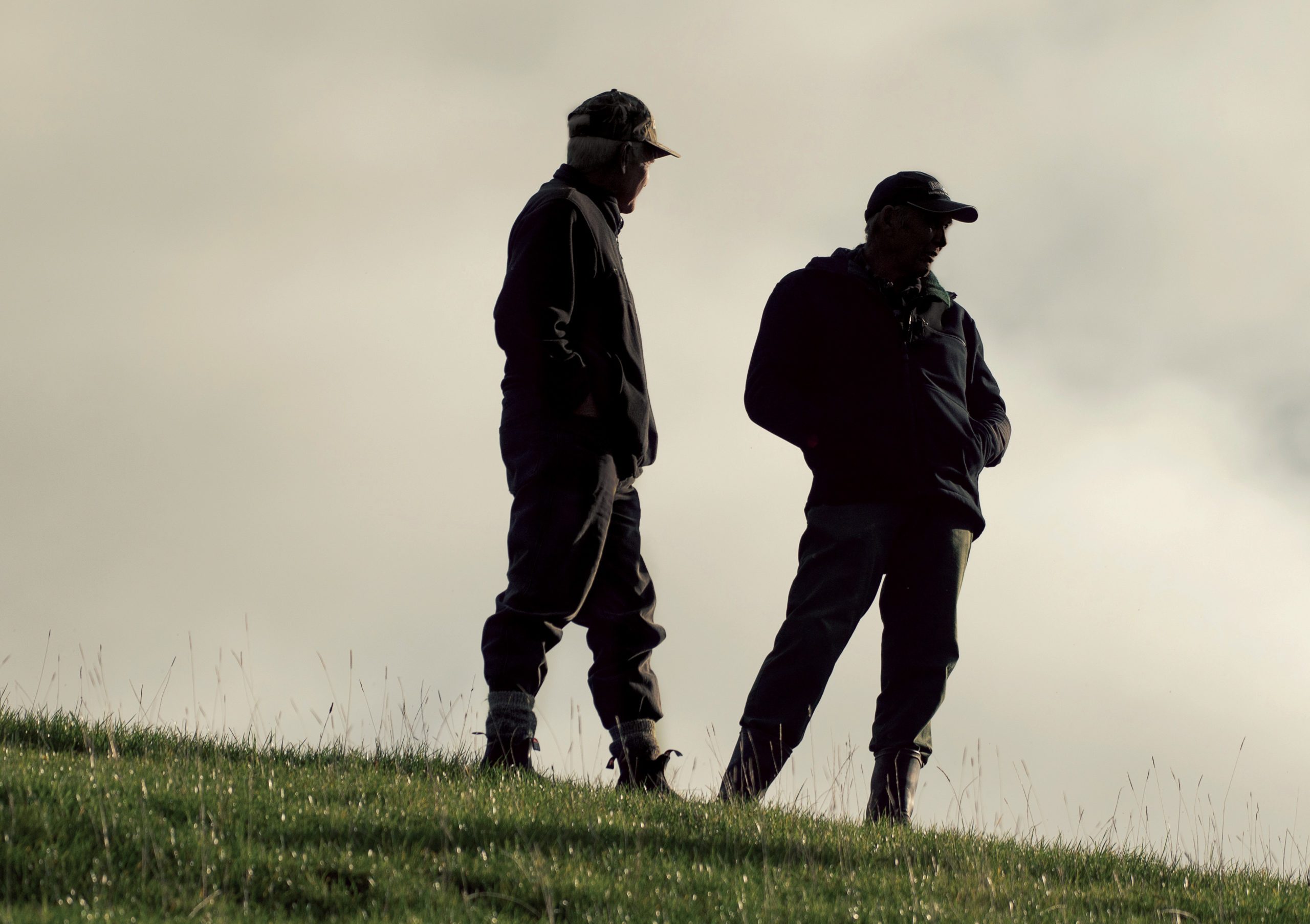 Experienced succession adviser Sean Stafford regularly sees farming families divided over how to move farm ownership from one generation to the next.

Without a shared vision embraced by everyone from both generations, the lack of transparency inevitably creates tension and weakens the success of any future outcome.

“Too many people trying to solve succession have put no thought into it until the point where it’s staring them in the face,” Stafford says.

The former rural bank manager says farmers need to start developing that long term vision on the day they go into business.

“If you actually have a vision where one of the objectives is to provide children with something at the end, the sooner you can start building your plan to achieve it, the better,” he says.

He believes farming families are increasingly moving away from the ‘fair is not always equal’ approach, where the oldest son gets the farm and other siblings receive less and wait for longer to get it.

“When I look into the old model for succession, I see an emphasis on a transaction that happens on a particular day in time, and I also see an uneven assigning of capital to ensure the farm stays in the family.”

“I’m pleased to say there is an increasing emphasis on equality, and that is reflective of what is happening in society generally.”

Stafford says every situation is unique, but there are recurring key factors which he feels add to the likelihood of success.

Shared visions that include a focus on growing the capital base of the farming business should be a priority he says.

“If you have a growth strategy, either onfarm or off-farm, you have a much better platform for succession because you’re growing your business to the point where you can satisfy more than one sibling or in some cases, the whole family.”

He often meets farm owners who have left succession discussions with the wider family until they are close to retirement, when it’s

too late to focus on growing the business.

“You end up with an asset that is barely supporting Mum and Dad, so the platform for succeeding to one child, let alone more children, is pretty limited.”

“My advice is to think of a vision as something that is worked on constantly, it should focus on growth and build an inter-generational trajectory. Everyone should be proactive,” he says.

When succession is handled as a gradual transition, daughters and sons are usually treated more equitably.

“I see a lot of examples where daughters are actually the successor, and not necessarily just in an active farming role. For some it’s more in governance and ownership roles.”

Succession discussions in the past often focused heavily on the operational side of the farm business but Stafford says it is more likely now to include more on the governance and ownership aspects.

He recently completed an ownership succession plan involving three siblings – one brother who currently runs the farm business, and two sisters who live elsewhere. Only one of the sisters can have children so the siblings decided to create a trust that owns the land and the beneficiary of the trust is the sister who can have children.

“The farm connects them all, brings them all together. They decided not to split the asset up and the farming brother isn’t letting his ego get in the way of a solution.”

Clarifying roles and responsibilities is starting to receive more emphasis. So is the identification of gaps in skills or experience, especially for the incoming person responsible for running the operational side of the farm business.

“This skill development doesn’t get enough time and effort in my view because ultimately professionals can’t earn fees off that space as easily as say, from a transaction.

“I want to see my clients avoid tension when the transaction does take place because we’ve spent the past 20 years preparing for it through a transition of roles and responsibility, and through growing the asset base to create options,” he says.

He is working with one family farming business where a 28-year-old son is the designated child to take over the business and Stafford is actively working on lifting his ‘CEO skill set’ so he’s ready in five years to run the business effectively and continue to grow it.

“If we do that well, the transaction will naturally fall out of that work and we’ll have a lot more fun.

“Dad gets to work with his son over a longer period of time, upskilling him and mentoring him, supported by a professional, and through that process he is better able to deal with the emotional side of handing over the farm in a few years’ time.”

When the ‘keys’ to the farm are just handed over to someone in the next generation on a particular transaction day in the future, it’s often a case of sink or swim and the farm business usually suffers a performance dip.

“Unless that individual is a very special person, the business will take a dive for a few years.”

Differences in sheep, beef and dairy

Dairy farm businesses are more likely to be one or two generations ‘deep’ and focused more on running a profitable business than creating a legacy.

By comparison, adviser Sean Stafford says many of the sheep and beef farm owners he’s dealing with are the fourth or even fifth generation owners of the property, so extending that legacy is usually more important to them.

He sees growth-minded owners in both sectors but acknowledges dairy farming has historically offered more options when succession is being discussed, including share milking, contract milking, and leasing arrangements.

When working with his sheep and beef farmer clients, Stafford is increasingly encouraging them to separate the operational side of the farm business from the ownership of the land as a first step towards an ownership transition plan.

“Then we ask how we can use the operating entity to create opportunities for ownership transition for the future generation.”

“Step one is about building capability in the next CEO, then selling them a piece of the operational revenue. Stage three is talking about how we transition the ownership of the land.”

He knows of situations where a farming couple exit the operational side of the farm in their 50s, especially in well-established intergenerational businesses that are three-five generations deep. It gives the next generation an early start the operational and ownership but it often demands using the more outdated ‘fair is not always equal’ approach.

At the other extreme are 60-plus year-olds not ready to give up active farming. It’s become their life’s work, building a business often with scale, but they have forgone plenty over the years to achieve it.

“These are the owners who are just so passionate about farming. Even though they are well into their sixties, they are just not ready to give up.”

In these cases, you often have children in the business who don’t understand their father’s vision, they want to be a contributor but don’t see how they fit, and the principal doesn’t even see a problem because they are enjoying themselves so much.

“That is where coaching the incoming CEO is so critical, along with some hard questions,” Stafford says.

“That’s where you have to ask the incumbent farmer if they want to keep doing what they’re doing and throw the next generation under the bus, or do they want to start to step back, mentor the incoming CEO and have some fun?”