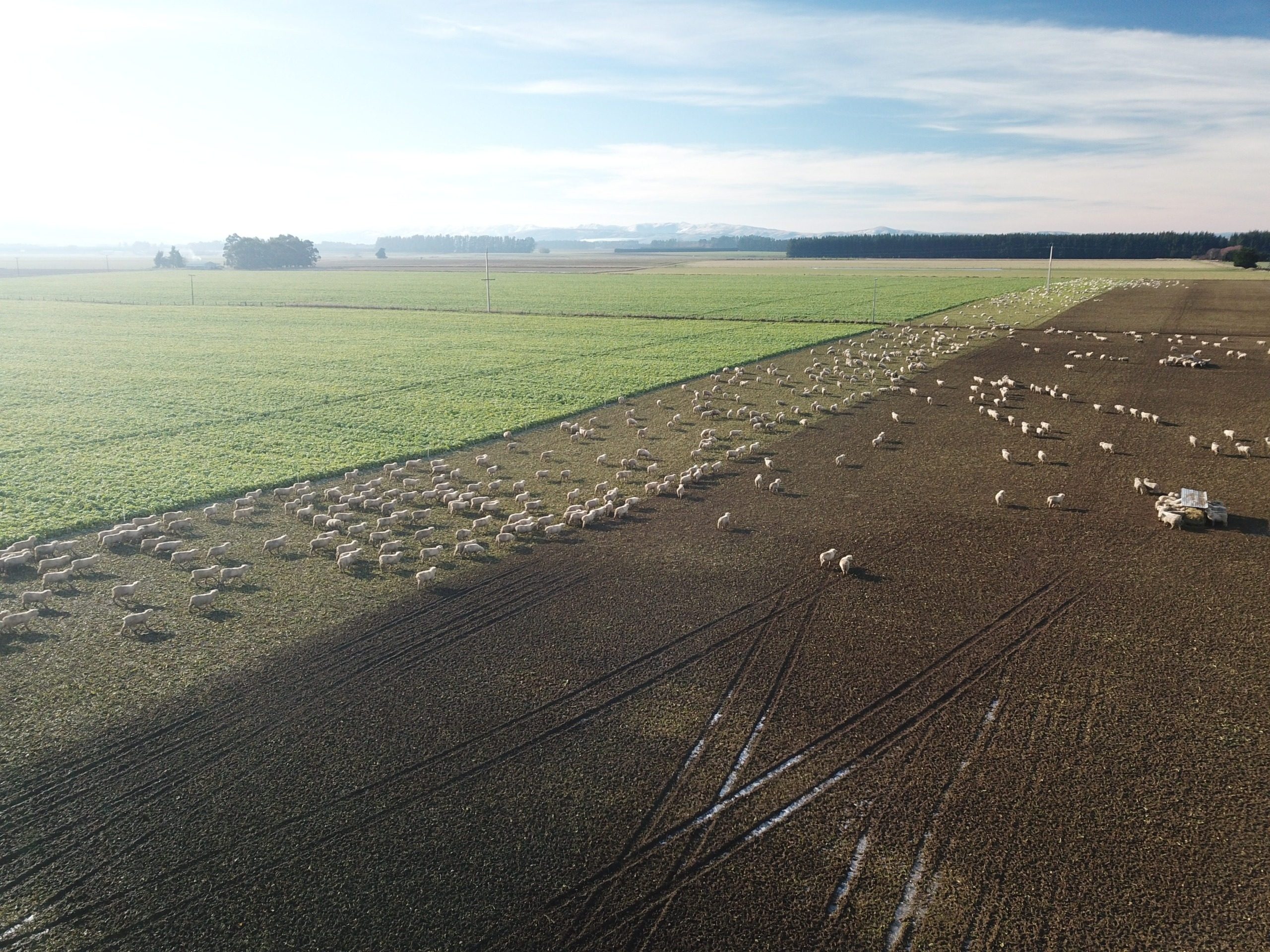 Recent photos of wintering practices in Southland has Blair Drysdale responding to the trial by media.

In general it's the same group of people wanting dairy cows inside, who also campaign for pigs and hens to be outside.
Winter certainly has its challenges but it’s a very reliable season as it’s just damned cold every day and that suits me just fine. As farmers though, and especially those with breeding livestock, we like all the inclement weather with its southerly snowstorms to arrive now and not in spring.
The challenges are very real given we’re having a wetter than average winter which on the back of a dry autumn meant winter crops are below average, putting pressure on livestock and farmer. Throw in some sneaky covert photography of stock on winter crops that get plastered over social and mainstream media by a few environmental activists and it is a pressure cooker situation for some farmers. The reality is that if they were genuinely concerned about animal welfare MPI would be their first port of call.
While there is certainly a small number of laggards out there that fail to recognise both the environmental and social ramifications of their poor wintering practices, largely wintering practices have improved dramatically over the past few years and these activists are blowing a small problem out of proportion, victimising the farmers whose standards are high in the process. One such activist funded by Greenpeace, travels south from Auckland preceding forecast weather events that suit his cause, with his able camera in hand.

Now don’t get me wrong here, some of what we have been seeing is far from acceptable and needs to stop for all our benefit. But the problem with the photos is the angle of which they’re taken to suit a certain story and are a misleading snapshot in time. Narrow focused shots of small parts of the paddock and livestock, that don’t by any means show the full grazing situation or the strategies in place to mitigate environmental impacts. Add in the fact that some of these photos are taken illegally with a drone over private property during weather events that they’ve been waiting for, that have no balance or show the full context of the wider view of the paddock means the credibility of their tactics is called into question.

"The often-suggested remedy of indoor wintering isn't an affordable or sometimes practical option for most farmers."

In Southland, we need to grow and graze winter crops to provide the required quantity and quality of feed to get stock through the winter. These feed crops along with supplementary feed is the predominant form of livestock wintering down here and while it isn’t always ideal in inclement weather, it is absolutely necessary to maintain adequate livestock condition and health levels. The often-suggested remedy of indoor wintering isn’t an affordable or sometimes practical option for most farmers. Let’s not forget that in general it’s the same group of people wanting dairy cows inside, who also campaign for pigs and hens to be outside. We will never win these battles, their goal is to end all livestock farming and nothing else.
There is no doubt that we need to keep improving how we graze animals during the winter, and we absolutely will do so. But constant worry about who might be peering over the fence with a camera in hand and the ever-present trial by media is wearing some farmers down mentally and it’s a very genuine issue right now. However, the issue of mental health was disgustingly brushed aside by activist Angus Robson on The Country with Jamie MacKay as if it were some sort of political play and that the issue wasn’t actually real. Farmers for generations have been very stoic people, but when they’re saying enough is enough and it gets brushed off on a national radio show by the lead activist involved in this campaign it says a hell of a lot about his character and has angered farmers greatly.
We need to help the bottom five percent improve, not hang them out to dry or push them under the media bus, a rising tide lifts all boats. Keep on doing what you do out there, continually improve and keep a supportive eye on your farming neighbours and your mates. We are largely very good at feeding 40 million people, and we should be bloody proud of that.