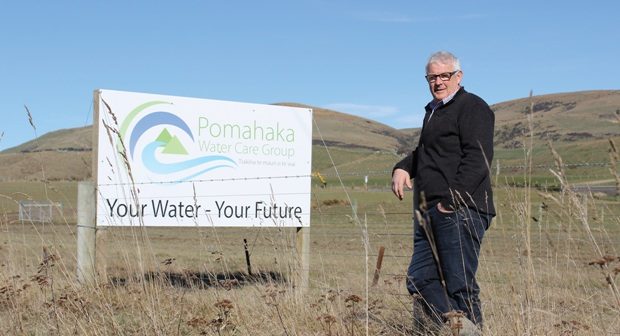 After a decade of submitting on council water plans, southern farmers may have to start all over again following the government’s National Policy Statement for Freshwater Management announced in September.

Both Otago and Southland regional councils are trying to come to grips with the proposals and how they will affect their own water plans which are in the process of being notified. Both put in submissions to Government.

Environment Southland’s chief executive Rob Phillips said the implications of the national policy statement “were significant” and council needed time to look at the detail.

Some councillors have gone one step further saying essentially the council would have to start again.

New dairy conversions have had to be consented since 2011 and rules on cultivation, drainage, feeding of winter crop and effluent storage have been progressively introduced since then.

Environment Southland has no idea how much their Water and Land Plan, due to come into effect next year, has cost in either time or resources.

It was first notified in 2016 with more than 900 submissions received and is before the Environment Court after several weeks of hearings in June.

In April 2017, Environment Southland released The Southland Economic Project: Agriculture and Forestry Report which looked at the impacts of setting catchment limits on all land uses in the region.

It examined 41 dairy farms and found the average nitrogen leaching was 38kg N/ha/year with 55% of farms leaching between 25 and 45kg N/ha/year.

Most dairy farms could not achieve a 40% reduction in nitrogen loss without significant changes in system or major capital expenditure.

It also estimated only a third of the land in Southland which could be used for dairying was currently being milked on.

In 2012, the dairy sector contributed nearly 17% to Southland regional GDP and indirectly contributed to the regional economy through its links with supporting sectors, such as freight transport, storage, packaging and agricultural services with most of the money earned spread throughout the local communities.

It also employed 7% (3080) of the region’s people with dairy processing employing a further 670 people.

Otago Regional Council (ORC) had already given up on its proposed Plan Change 6A (Water Quality) when the government’s policy statement was announced.

It was set to come into effect on April 1 next year and was described by council when it was announced in 2014 as an “effects-based, permitted activity approach to managing water contaminants”.

Water testing in rivers with targets for nitrate-nitrite nitrogen (NNN), dissolved reactive phosphorus (DRP), ammonium (NH4), E.Coli and turbidity was supposed to regulate the farmers along the waterways.

Back then, only parts of the Pomahaka, Upper Taieri, Kakanui and streams in Dunedin city did not meet the proposed standards.

However, this year Plan 6A became unstuck because farms’ nitrogen limits were to be calculated using version six of Overseer which is no longer available and the sampling of waterways has proved, council admits, “challenging in practice”.

It also states on its website the plan had “created significant uncertainties for farmers”.

With an effects-based plan, Otago farmers have had no requirements from council for effluent ponds, farm environment plans or how they feed winter crop.

At DairyNZ events held throughout the region in the autumn, farmers over the 30kg N/ha/year limit wanted to know whether they should apply for consents to farm by the April deadline next year.

They were told by ORC land resource officer Bruce Monaghan they should be working towards lowering their Overseer figure instead of applying for a consent to farm.

However, a more pressing headache for ORC is the renewing of water rights issued during the 1880s for gold mining which are now used for agriculture and horticulture.

The estimated 1000 water rights in the region expire in 2021 and, unless surrendered, must be replaced by consents under the Resource Management Act.

ORC general manager policy, planning and strategy Gwyneth Elsum said Otago had good water quality overall and had 50 self-started catchment groups, most of which were in rural areas.

“Some of the government proposals, such as fencing of waterways, will assist to further improve water quality across Otago and have already been a part of work undertaken by many Otago farmers working in catchment groups and taking the initiative themselves,” she said.

Council was about to introduce a new plan change (6AA) which would include new provisions on stock exclusion and dairy farm effluent with consultation planned before the end of the year.

“Plan Change 6AA is a positive step toward providing clear direction on the outcomes ORC seeks for water quality and will provide additional clarity and guidance over what we consider to be the minimum on-farm best practices.”

She said ORC did not know what the impact of the government’s proposal on staffing levels at council would be but anticipated new skills and resources would be required.

“ORC fully supports the general intention of the government’s plan, but we will also be raising some concerns in our submission.

“These concerns include the timing and turnaround on the proposals, the costs and capacity constraints to respond to regulations, and the lack of clarity around some of the proposed provisions.”