Working practices of the Wallace family on their Northland farm were the subject of a Small Milk and Supply Herds field day held on their property recently. Delwyn Dickey reports.

Like many farmers on smaller holdings Sandra and Les Wallace, and their son Brent are kept pretty busy, with their fingers in several pies, and multiple income strands.

While their 79-hectare property at Towai, 75ha effective, half way between Whangarei and Paihia, is not really big enough to have a 50:50 sharemilker, their son Brent has taken up that role while running his own rural contracting business.

Les helps to milk the 170-odd cows, and in exchange for his labour, he and Sandra get to raise all the calves. With several runoffs nearby Sandra finishes some calves for beef, some grow on as replacement animals, as well as growing crops and supplements.

With a tractor of his own, Les also sub-contracts to Brent and his business.

‘Don’t clean their teats unless soiled with wet cow muck. Always dry cup and keep your hands clean and dry as much as possible.’

Their daughter Ashleigh lives close by and works for Fonterra. As she is able to work from home this sees Sandra also looking after her grandchildren at times during the week.

The Wallaces’ Friesian dairy herd may be smaller but they consistently have a low bulk milk somatic cell count (BMSCC). Over the 2020/2021 season it clocked in at an average of 94,858 cells/ml. This shows their animals have few mastitis problems. The herd’s Somatic Cell Count remains well under their northern benchmark group average, only coming close toward the end of the season in April each year, and putting their farm in the top 25% of suppliers in the Northland region.

This saw their practices in the spotlight at the SMASH (Small Milk and Supply Herds) field day held on their property recently. There Steve Cranefield from vet medicine company AgriHealth highlighted their good SCC record, and gave insights into mastitis and ways farmers can improve their animals’ health, while reducing infection in the herd.

Sandra puts their success down to several things including keeping up high hygiene standards and keeping water well away from the animals during milking.

“Don’t clean their teats unless soiled with wet cow muck. Always dry cup and keep your hands clean and dry as much as possible,” she advises.

Teat spraying is also important with every teat, every cow, every milking something of a mantra for them. For this they use an iodine-based teat spray which includes manuka honey. Good for general teat conditioning it also reduces the already low risk of spreading staph aureus – more on that later.

The Wallaces also use both blanket dry cow treatment, and teat seal at dry-off.

Teat sealing is considered good practice, as is using dry cow treatment on quarters that are known to be infected. However, with rising concerns globally over antimicrobial resistance, blanket dry cow treatment is no longer seen as acceptable by the New Zealand Veterinary Association.

While not mandatory, Cranefield says resistance concerns are seeing a move away from blanket dry cow treatment and he encourages farmers to aim at keeping their SCC count low throughout the season to reduce the need for antibiotic dry cow treatment at dry-off.

Being small means Sandra, Les and Brent know virtually all of the animals in their dairy herd individually and saw them opt out of the expense of herd testing for nearly 10 years.

While perhaps not unreasonable given their small herd size, with the average herd size at 450 cows nationally this intimate knowledge of your herd isn’t usually possible, and sees Cranefield strongly recommending herd testing and good record keeping.

For many farms culling is inclined to focus heavily on empty cows and one-off infections rather than animals with long-term mastitis infections. That the Wallaces’ cull cows with repeat infections, as they know their animals individually and note which ones have problems, is one of the reasons they are successful despite not herd testing, he says.

Catching and treating infections early so it can’t spread to other animals is important and sees another brownie point for the Wallaces in the form of checking for mastitis at calving time and not allowing infected cows in the shed with the rest of the herd.

Other initiatives Cranefield recommends are weekly stripping to check for mastitis as well as cow side testing with Mastatest, and only treating if needed with the recommended antibiotic more likely to cure the infection.

Farmers can be overly concerned about Staph aureus, Cranefield finds. While 85% of NZ herds have Staph aureus in them, on average only 0.5% of cows are infected with Staph aureus at dry off. Staph aureus is spread from cow to cow during milking but the rate of spread is actually very low as spraying every teat after milking, as the Wallaces do, will reduce the risk and put those concerns to bed.

Cranefield is a big advocate for MaxT (maximum milking time) for teat and udder health. The wear and tear of milking can take its toll on teat skin and lead to rough and cracked teat ends, increasing the risk of bacterial infection.

In an effort to combat that, as well as making milking quicker next time, leaving some of the milk behind rather than fully milking out is recommended. This sees milk flowing at next milking right from the word go, while the cows’ let-down mechanism kicks in.

Fonterra recently installed meters on the milk vats which automatically measure milk flow and time. When the milk flow starts it turns on, when milk stops it turns off. Cows milked per hour is the number of cows divided by time. At 119 cows per hour the Wallaces are about average so could afford to have more cows going through as some herringbone sheds their size are pumping through nearly double that.

Cranefield recommends for automated cup removers adjust the low-flow threshold to 0.4 kg/minute and set a fixed time endpoint (Download the MilkSmart app for MaxT times). For manual removal in a herringbone: Cups on immediately cows are at the front gate, cup change and teat spray as you go – don’t wait for slow milkers, and open the gate early while you’re changing the last cups.

For manual removal in a rotary: No letting cows go round twice. Aim for a speed that sees them finished about three-quarters of the way round so they can head off as soon as they reach the exit. 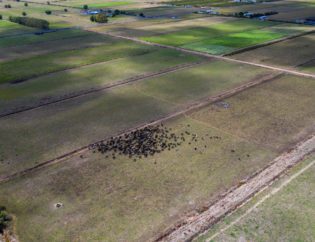 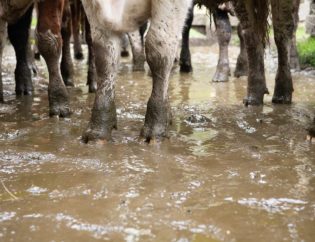