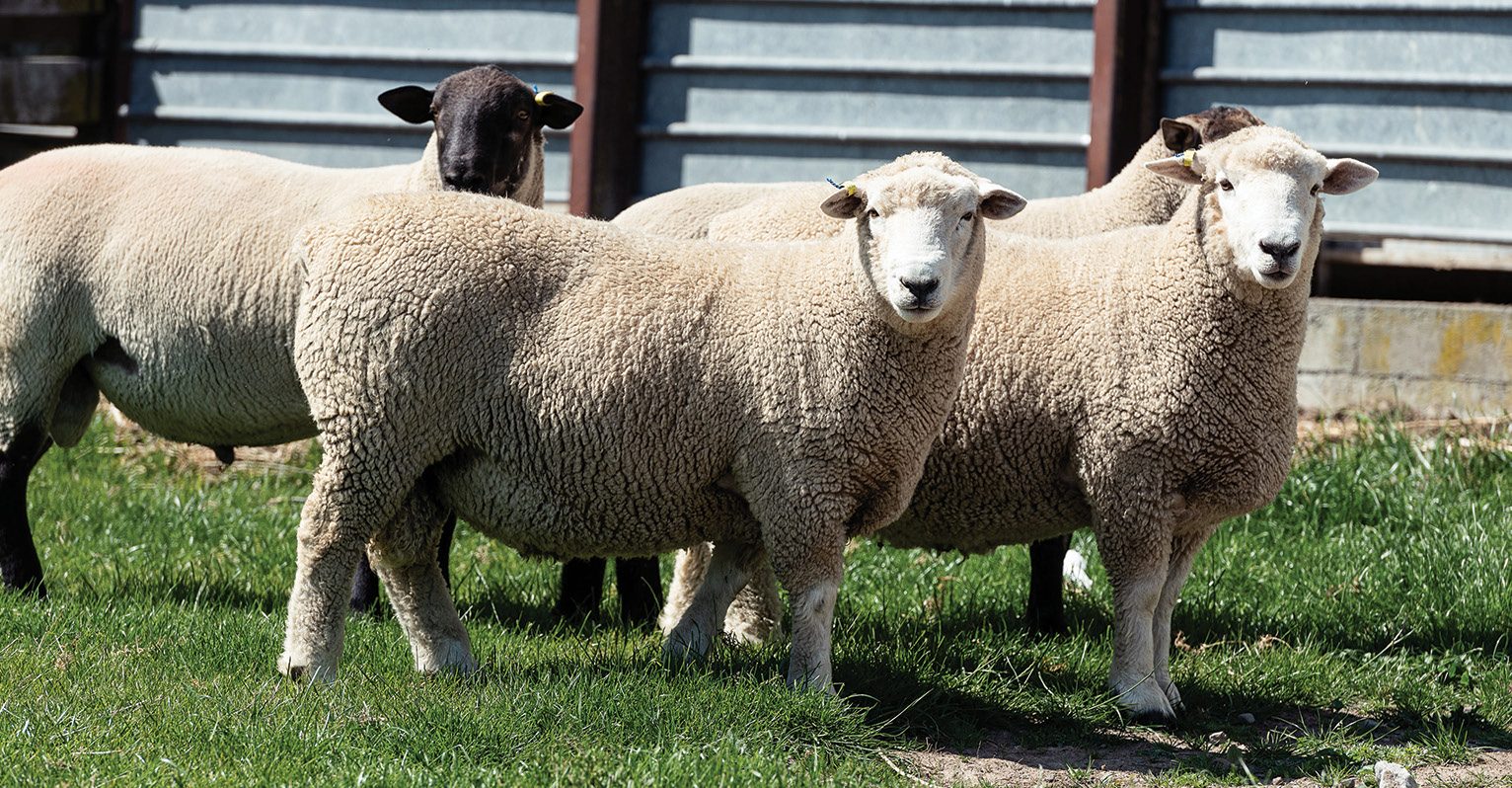 Geneticist and farmer Nicola Dennis reflects on the breeding of valuable sheep.

Last season, we sent almost all of our Wiltshire lambs off to meet their maker before Christmas and we were feeling rather chuffed with ourselves. Until we watched Wiltshire breeding stock sell for stupid money at auctions around the country.

It seems that many commercial sheep farmers, after scoffing at the bare-naked lambies that have plagued New Zealand lifestyle blocks for decades, are now ready to turn their hand to the woolless breeds.

Looking at some of the much fawned-over sheep at the sales we could see that not all of them were a shining example of the breed. Most had been tailed and many were retaining chunks of fleece.

Having spent the past nine years ruthlessly culling any sheep that had felt the touch of a human hand, we outwardly wept for the lambs we had slaughtered.

On hearing our wails, a small posse of stock agents promised to ring us about our next crop of lambs. And, it got us thinking – could we register our flock for genetic evaluation on Sheep Improvement Limited (SIL)? And/or do some DNA testing?

Coming from a cattle background, we were a little naive about how uniquely difficult sheep make things. More on that in a second. First let’s cover a few basics.

What is genetic evaluation? And why do sheep make it so hard?

To be overly simplistic, which will be the tone of this whole article, genetic evaluation is trying to work out which animals have the most desirable DNA via statistical detective work. Grab your magnifying glass, dear Sherlock, we are heading out to which sexy sires and delicious dams have won the genetic lottery.

We could study DNA from each animal (coming up next: why that might not be as helpful as that sounds!), but we don’t have to, because we can use the process of elimination.

Instead of asking what the DNA has done to produce this stunning specimen of livestock that stands before you, start crossing off the things the DNA didn’t do.

That early-born giant that is towering over tail-end tiny Tim. He got a head start. He should check his privilege. Actually, he’s the computer’s problem now. Give the computer everyone’s birthdays and the computer can use its magic to take out the effects of the age difference. And what about the triplets that had to fight their siblings for every meal versus the spoilt only child? That wasn’t fair! Tell the computer.

Once the computer has corrected the data according to everyone’s grievances, we will assume any differences left between families are, more or less, down to genetics.

In its most basic form, genetic evaluation is about correcting all the obvious environmental effects to get a decent estimate of an animal’s genetic potential.

In some industries it can be relatively easy for new detectives to jump on to this information train. Think of the dairy industry where one can order semen straws from a selection of bulls in the genetics catalogue.

Each bull is effectively being used over thousands of different herds (each treated as a different environment) and each herd is using a selection of bulls (which can be compared within the same environment).

The big computers in the clouds can identify, and then correct, a lot of environmental effects. You might be a long way off breeding bulls for the catalogues, but you still have some useful information coming your way if you are diligent with your farm records.

For sheep, it is not that easy.

For one, sheep enjoy more personal space than dairy cows. And, they hang out in much larger gangs. Also, the ewe’s reproductive tract is a scientific frustration. Artificial insemination is off the table for anyone who doesn’t want to venture into abdominal surgery on their flock.

Most rams are only being used in one flock which is a bit rubbish for comparing performance between different flocks and breeds.

To be fair, researchers have been running central progeny tests to compare a selection of rams from all walks of life on research sites. While that certainly helps, if you want the information on your sheep, then you can expect to do most of the legwork yourself.

How much legwork is involved?

The good news first. Registering your flock is fairly painless. SIL requires some simple details about you and your flock. You also need to choose a SIL bureau which is a private company that will be in charge of entering your data into the SIL system. There are eight SIL bureaux to choose from. The bureau I talked to had an annual flock fee of $120 and charged $2 for each new sheep added to the system.

The registration is the easy part. The hard part is putting together a system to collect the data needed for genetic evaluation. Pay attention here because this is where you could sign yourself up for a heap of work with little reward.

It is easy to look at the traits you might like to measure – weaning weight, post-weaning weight, adult weight, dag score, lamb survival, wool, meat yield etc – and think “well, collecting that data is just an extra day or two in the yards”. But, remember the detective work going on above?

There is going to be a lot of hidden work to make sure you have all the clues you need to strip away the environmental effects. You are going to need to know (or at least estimate) when each of these lambs was born and how many siblings they had to fight to get mum’s attention and, of course, you need to know who the parents of each lamb are.

Traditionally, each sire would have the undivided attention of his ladies (single-sire mating) so there was no question of who daddy was. Lambs would be ear-tagged at birth and the birth details were recorded alongside mum’s tag (probably read with binoculars if you are dealing with Wiltshires) in the trusty notebook.

These days, technology such as pregnancy scanning and DNA parentage offers a few more options. Refer to the flow chart for a pathway through your options.

You will also need to know the age of each mother and ideally have some depth to her pedigree too (i.e. who was her sire). And, you will need to share these ewes fairly between the rams. It is no use giving one ram a selection of youthful, well-bred ewes and another a bunch of “I don’t understand how this keeps happening” toothless, older ewes.

You also need to retain rams to use over multiple seasons so that there is a data link back to previous seasons (i.e. to test if the conditions in this season were more or less favourable compared to previous season).

SIL recommends studying a minimum of three rams a season producing at least 20 lambs each. I think it goes without saying that you have to record all the progeny born to a ram for this to work properly – not just the good-looking lambs.

And then, after all this is fed into the SIL system, you would have enough information to pick out which of the sires you used were the best (and which of their offspring are worth keeping). On our 30-hectare property we would probably run out of sires after awarding the gold, silver and bronze medals.

I should point out that SIL isn’t going to scold you if you don’t follow these rules. You can sign up and do whatever you please. I asked if I could register just to look like I knew what I was doing and while we couldn’t agree on a term for this (SIL-tokenism, SIL-cynicism, or just being SILly) it was clear I would have a bit of company. But, useless data will yield useless results.

What about genomic testing?

We have decided that we don’t yet have what it takes to break into full-blown recording.

But, could we break some ground with DNA testing? You don’t have to be SIL recorded to run some tests. You can pop down to your rural supply store and pick up the tissue sampling equipment. This is a machine not unlike an ear tag gun. It punches a small hole out of the sheep’s ear into a barcoded container filled with a special preserving liquid.

The applicator gun costs about $110 and the tubes are about $30 for a packet of 10. These are then sent via parcel post to a commercial DNA testing laboratory. The GenomNZ laboratory at AgResearch Invermay will run a 60k SNP test for $26/ test.

The DNA test also includes six other causative mutations for a bunch of things we don’t want like missing eyes and high fecundancy. And, there are 60,000 single nucleotide polymorphisms – in case you thought I didn’t know what 60k SNP meant.

This new 60k SNP chip is a humongous step up from the microsatellite tests I cut my teeth on as a young graduate, but we are still a very long way off knowing what all the DNA is doing. Even less so, how all these As and Ts and Gs and Cs combine to form a productive animal.

SNPs are simply parts of the DNA known to have a lot of variation between individuals and these are useful “markers” to compare DNA. To oversimplify it a lot, if your sheep has lots of markers that match the top sires already on record, then it might be a good sheep.

SNP data can be used to compliment your performance recording (if you are doing it) by giving helpful hints about which lambs inherited the bits of DNA that the computer thinks are helpful. This is useful to get early information on lambs before all the data has been recorded.

Since the sires used to train the genomic data models were mostly Romney, the machine does its most accurate work when dealing with Romney-based flocks. A Texel-based genomic breeding value is coming soon for terminal sires.

We could be waiting a while before the computers have the 200-400 training sires needed for the Wiltshire breed. And you know what? After this little thought experiment, I’m not going to begrudge the wait because that is a humongous job. And even though Mr Goldenballs cost more than my horse, he is probably a bargain considering the legwork that brought him into existence.

So, hats off to the breeders putting in the hard yards. Plenty of us would like the stud label, but when it comes down to it we lack the stud stamina. 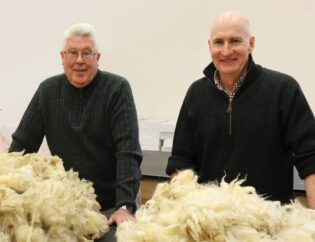 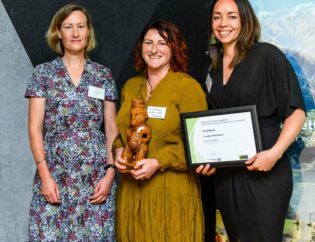