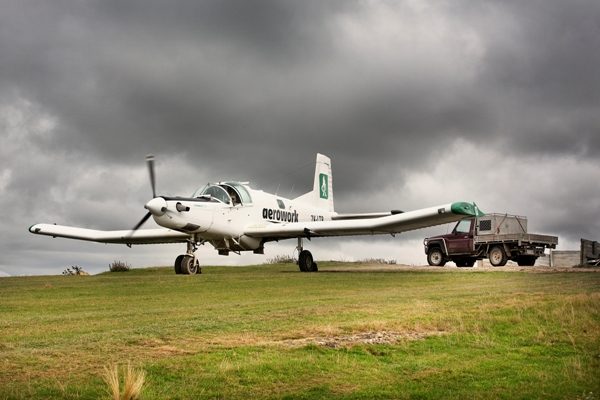 In the first of a series on future influences affecting agriculture in the short, medium and long-term, Country-Wide writers look at what is in store for the fertiliser use on farms.

Smarter fertilisers will be developed but exactly what form they will take is still a bit of an unknown, Ravensdown innovation and strategy general manager Mike Manning says.

“It may be that they have inhibitors for certain nutrients, agents for controlled release which will allow greater precision.”

Eco-n and DcN were examples of nitrification inhibitor fertilisers, although both were withdrawn from the market in 2013 after traces of the active ingredient dicyandiamide (DCD) were found in Fonterra dairy products.

The biggest opportunity to mitigate environmental effects will come from altering the formulation of existing N and P fertilisers rather than using different or new nutrients. An example would be improving the quality of existing single superphosphate by making the granules harder and more evenly sized. That’s still some way off but when it does happen it will be up to the fertiliser spreading industry to maximise the benefits for farmers.

‘At present there’s a limitation as to how many nutrients and fertiliser you can mix and apply at variable rates from a truck or trailer.’

However, he believes the biggest environmental gains will come from further development of phosphate fertilisers to less-soluble forms.

“There is a risk with water-soluble phosphorus fertilisers that application and a heavy rain event within 30 days can cause a significant pulse into waterways.”

There are less-soluble products such as dicalcic, a reverted superphosphate, but they’re expensive.

“If we can bring that cost down we can meet environmental and productivity goals.”

Blennerhassett says farmers can capture a wide range of information on nutrients and fertilisers, and with tech developments they’ll have even more data available. But how to practically apply that information in the paddock is the missing link.

“At present there’s a limitation as to how many nutrients and fertiliser you can mix and apply at variable rates from a truck or trailer. We have to keep in mind how can we practically deliver what’s needed and that’s where precision agriculture will come in.”

They’re industry benchmarks and a starting point but they need to be redefined by figuring in the economic outcome from using fertiliser.

“We need to give advice based on maximising the long-term profitability of the enterprise which is not necessarily the same as maximising production output.”

That will mean developing more sophisticated methodology for assessing required applications rather than being led largely by guesswork, especially in hill country and dry stock enterprises.

“Fertiliser is a discretionary expenditure item and often what’s spent boils down to what the neighbour does, what was applied last year, or what the salesman says which may not be in the best interests of the farm.”

Nutrient use efficiency is another key influence that’s driving change across the industry.

“The question is how we improve nutrient use efficiency because it has implications from both economic and environmental perspectives.”

He predicts the development of new fertilisers that better match release of nitrogen, potassium and trace elements in relation to plant need.

Will farmers pay more or less for fertiliser in the future?

But increased prices could be on the cards for nitrogen fertilisers.

“They’re energy intense and most come from gas or fossil fuel production so nitrogen is the big unknown. Where fossil fuel prices go is where nitrogen will go.”

Manning says dairy and cropping farmers will likely spend a similar amount on fertiliser in the future.

However, on hill and high country where fertility is low there is “opportunity” to spend more.

“…but in a very prescriptive and targeted way so economically and environmentally it’s more effective.”

Will New Zealand maintain its superphosphate production capacity given the advanced age of most of the plants?

Manning says overseas production could be on the cards but for the meantime money will be spent on maintaining co-op plants in Dunedin and Christchurch (both built about 1930) and Napier (built in 1956). Additional investment will also be needed to ensure they meet emission compliance regulations.

Catto says its sites and plants, also in the 50-year age bracket, have constant maintenance and investment,

“The superphosphate process is quite corrosive so what happens in practice is continual upgrading and replacement. As a company we’re always questioning what the future of superphosphate production is and should we keep investing in it and the answer remains ‘yes’.”

A fundamental reason being the low energy footprint of the superphosphate production process.

“We see that SSP and SSP derivatives have a future for that reason. The big question is where do the more energy-intense products like triple superphosphate, DAP and urea go and a lot of that will be driven by the cost of carbon, CO2 emissions and consumer demand so it will probably have an impact om the relative mix of fertilisers used.”

The politics of fertiliser

The available global reserves of phosphate isn’t an issue but who owns, mines and exports it and whether they do so in an ethical way is, Massey University soil science professor Mike Hedley says.

“Our potassium and phosphate resources are held by only a few. It’s a question of who can our fertiliser companies happily trade with because we’re reliant on overseas supplies… we need to get trade agreements with these countries.”

A high-profile example of geopolitical tension creating fallout was last year’s detainment at a South African port of a 55,000-tonne shipment of Western Sahara-sourced rock phosphate mined by Moroccan-owned company OCP for Ballance Agri-Nutrients. Morocco claims Western Sahara as its territory but South Africa, which issued the maritime court order, supports an activist group Polisario which opposes Moroccan rule and is pushing for independence. In the end ownership of the shipment was awarded to Polisario and Ballance insurance covered the $US10, 000-a-day port costs.

Catto says there is potential for geopolitical complications in most of the countries from where phosphate is sourced.

“It’s a reality of the world we deal with and it’s not a New Zealand problem, it’s a global problem.”

Within NZ, political pressure will influence and change the face of the fertiliser industry, Hedley says.

“A lot is environmental focussed but what exactly happens depends on how the new Government decides to put aspirations into practical policy.”