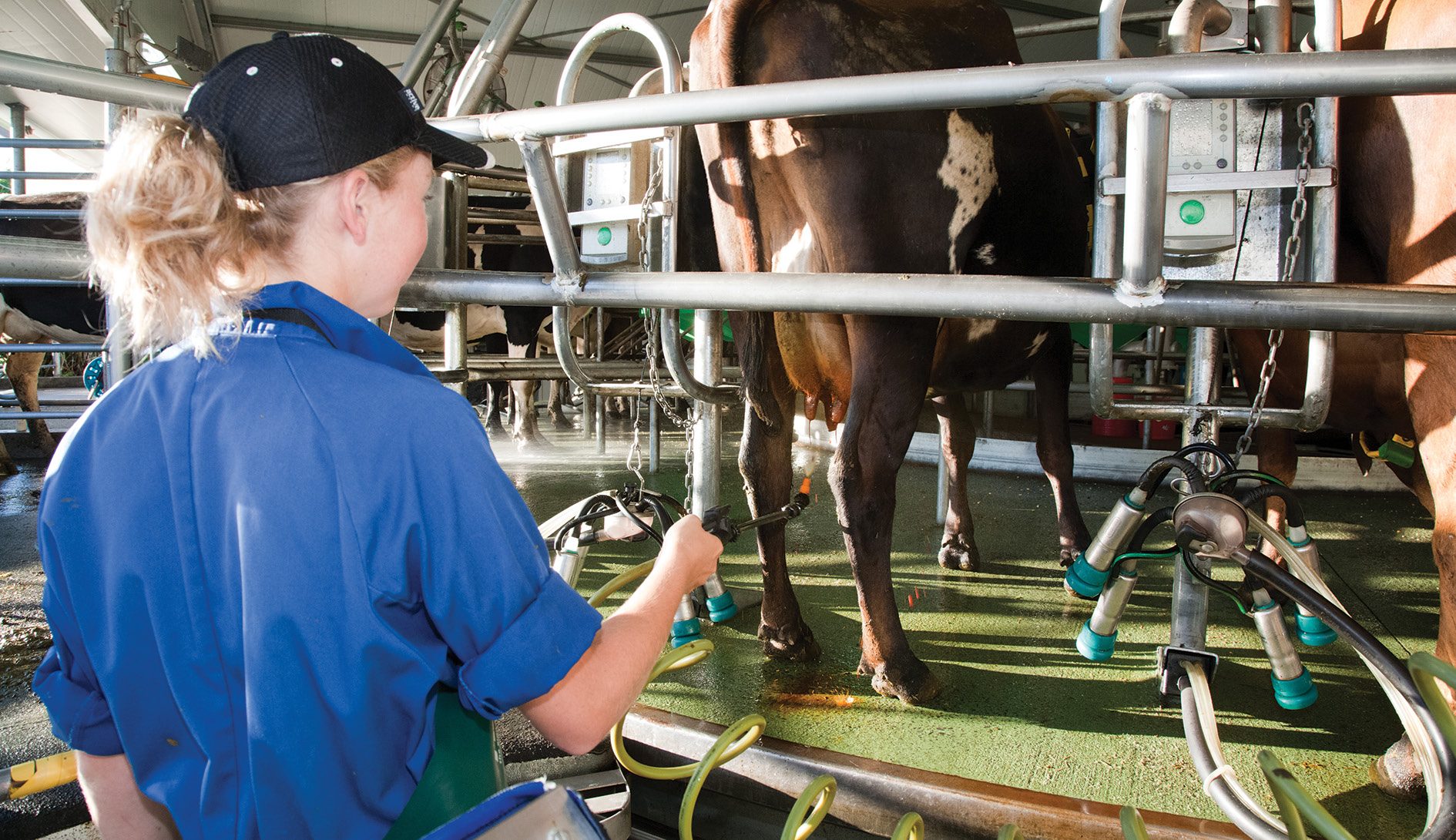 Last season, more than 75% of dairy workers worked less than 60 hours on average per week in spring, and most worked less than 50 hours a week at other times of the year. This is an improvement from four years ago when most employees were working longer weeks.

With milking typically taking about 17 to 24 hours a week per worker, many farmers have been focusing on milking smarter to reduce hours. They are also coming up with other creative ways to shorten the working week.

THE BENEFITS OF FLEXIBLE MILKING

Farmers report 22% of them are using flexible milking. For Taranaki farmers Daryl and Karyn Johnson, using 3in2 milking meant their team’s working week shortened by six hours each per week. Many farmers are having similar success with a 10in7 milking schedule that maintains traditional morning and afternoon milking times but frees up a few afternoons each week.

One of the main reasons farmers shift to flexible milking is to reduce hours, make rosters more flexible, and improve work/ life balance for their team.

Leaving some milk behind in slow-milking cows can increase the flow rate in the next milking, improving milking efficiency.

MaxT has helped Bay of Plenty farmer Gordon McFetridge reduce the amount of time staff spend milking and reduced the time they spend moving around the shed.

Fonterra suppliers recently received Insights reports showing their milking efficiency compared to similar operations, and how much time they could save by reaching 80-100% milking efficiency. The average possible saving at peak was eight hours a week.

Align Farms in Mid Canterbury get their team to pick shifts, with the first pick rotating between staff. The most popular shifts are morning and mid-day, leaving the afternoons free. Flexible rostering means the team control their work week – they can pick shifts around other commitments and hobbies. It also means Align Farms can take on people looking for work opportunities including part-time positions. They describe these workers as some of the smartest people, and the farm benefits from having a diverse and interesting workplace.

Reducing the hours your people work to 50 hours or less a week reduces stress, fatigue, and the risk of accidents, and helps you attract and keep good employees.