Andrew Slater swore he wouldn’t be a dairy farmer but after 13 years dairying in Canterbury he admits it was the best decision he and wife Hayley could have made.

They sharemilk 600 cows at Dorie, east of Rakaia, for Ashburton Mayor Neil Brown and are also in an equity partnership with him in a 430-cow farm near Burnham.

Andrew is the organising committee chairman for the South Island Dairy Event (SIDE) and says being part of the committee is his chance to give back to the sector and region that’s been so integral in his ability to grow and progress.

He grew up on a beef farm near Helensville, north of Auckland, went to Lincoln University and completed a Bachelor of Commerce in Agriculture, going on to work on both a large-scale deer farm and an intensive sheep finishing farm.

“We started looking at trying to buy land of our own back then but we were so far off the pace I could see that dairying was what offered us a way forward.

Andrew says he spent a year on a small farm at Rakaia as second in charge (2IC) learning as much as he could as fast as he could.

From there, it was a big jump into 50/50 sharemilking at Dorie for the Browns.

“All the way along I had goals – the first one was to be working for myself by the time I was 30 and I did that.

“The next one was to own a farm by the time I was 35 and although it was at the end of my 35th year we achieved that too – buying the equity partnership farm with Neil.

“The dairy industry has been fantastic – it’s delivered.”

Andrew says the ability to partner with good people and the sector’s willingness to share – probably drawn from its co-operative foundations – are what create this unique industry that grows great businesses and people.

“We stretched ourselves to the absolute limit to go 50/50 sharemilking after just four years dairying and there were some roller coaster years in terms of payout.

“I remember Neil coming over to sit down with us when the payout dropped to find out how we were doing – it meant a lot to us that he checked in, it gave you a sense that someone had your back.

“After a couple of years, I went to him and said we wanted to lease a runoff and he said, why don’t we buy one together.

“That’s how the equity partnership side of things started.”

Both farms are Synlait suppliers and are Lead with Pride Gold Plus accredited.

The 163ha Dorie farm has been on a grass-based contract and uses up to 600kg drymatter (DM)/cow of bought-in silage.

The 113ha Burnham farm’s herd is all A2 so the farm has an A2 contract.

It’s higher input with up to 1t DM/cow of silage, grain and molasses.

Andrew says SIDE has been a great place over the years for him to learn from other farmers.

The event is being held in the Ashburton Event Centre on June 23 and 24 and comes after 2020 and Covid-19 saw the first ever cancellation/postponement of SIDE since its inception in 1998.

It has alternated between Canterbury and Southland with a couple of forays into Otago.

Last year’s theme was Evolve and that’s been carried over to this year’s event.

“Gone are the days of sitting behind your farm gate and doing what you’ve always done even if that’s been a successful formula.

“We’re all having to evolve or we risk getting left behind - and for some things that evolution has to happen at a pretty rapid pace.

“The programme this year has a really good mix of hearing from the scientists on the latest research and understanding of the rules so we know how to put that research into practice.

“We've got farmers who are putting some of the practices in place and we can hear from them too.

“A lot of it is aimed at the decision makers onfarm whether that’s the owner, sharemilker, manager or 2IC but there’s plenty for others in the team to learn too.

“Farming within the 190kg nitrogen cap, running different milking regimes, preparing for a successful winter and getting calves off to a great start are all relevant to most people in the team.

“Even if you’re not the ultimate decision maker, understanding more about why a system works or getting tips on making them run better is something farm staff can take back and share with others – maybe even sow a bit of a seed in the boss’s mind.

Farmers will also hear directly from high performing farmers managing within environmental regulations and another workshop will give farmers a chance to ask questions of experts so they can fully understand what the regulations actually are.

Evolving also refers to how farm business structures and stages evolve. For example, the Get In, Get Out workshop will take a look at that.

Andrew adds that the keynote speakers are a “must listen.” This year, the keynote speaker is Dr Ceri Evans, someone who is often cited by other motivational speakers. He’s a psychiatrist and specialises in helping people perform to a high level under pressure.

Sports teams such as the All Blacks have used his methods.

“The Ashburton Events Centre is going to be a great venue and we’re expecting a big turnout and I know people are going to feel recharged and invigorated.” 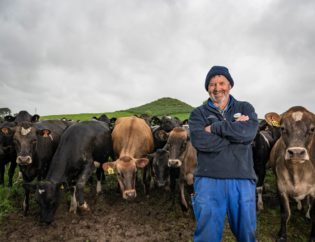 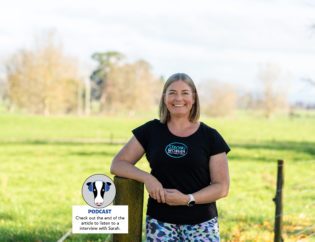 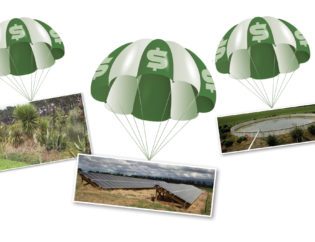