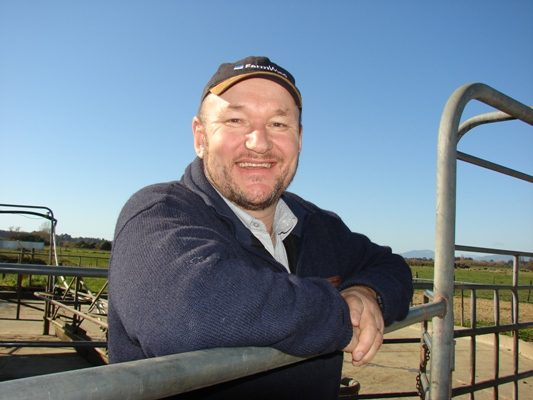 The short feed supply around the country combined with the delayed cull cow kill because of Covid-19 means farmers will need creative feed budgeting that includes a range of scenarios, FarmWise consultant Brent Boyce says.

Between the summer drought, wet spring conditions, low supplement levels, poor-performing crops, lack of grazing and even the fear of the “drone police” for farmers wary of winter crops, there’s little feed to be sourced between regions for winter, he says.

“This is an unusual situation, in the South Island especially. Normally one region would be able to bail out the other with spare supplements or grazing, but not this year.”

He says all areas are affected and the situation is aggravated by the large number of cull cows and other stock that are likely to increase the number of mouths to be fed on some farms well into winter.

‘This is an unusual situation, in the South Island especially. Normally one region would be able to bail out the other with spare supplements or grazing, but not this year.’

Carry-over cows will also prove a problem for farmers who might have quit them this year if they could get them into the works, while replacement heifers will add about 1.125 million heifers into the national herd at 25% replacement. A significant number of cows have yet to be processed to make way for these replacements.

Boyce says farmers will need to dry some or all cows off early, as hard as it is for some to dry off cows still milking well. Many have already taken the first steps. Early calvers and light cows should be dried off early as they are the ones to prioritise for feed through winter. Farmers will also need to apply adequate nitrogen strategically in late autumn and early spring to get as much grass growth as possible to try and lift the feed supply.

For this winter and the coming spring, farmers, the industry and MPI are going to have to accept that many cows are going to be fed at below optimum levels.

“This season, the condition you dry them off at, is the condition you are likely to calve them at. People will get through – I don’t doubt that. But unless we have a kind autumn and winter, we won’t get our gold standard for cow condition in spring.

“MPI will have to understand they may have some situations where we can’t reach those gold standards. Cows might be lighter than normal. What is a tougher inter-regional feed situation than normal has been exacerbated by the reduced killing speed at the works.”

The feed shortage will have a flow-on effect on some properties into poor condition at mating and poorer growth rates in young stock.

Different scenarios should include cull cows still on the farm in June because he says even once the works are in full swing, there could still be a backlog of cattle to kill. A farmer could have four to five scenarios for feeding stock through winter, depending on the weather and cattle numbers remaining on the farm and Boyce says the key is being flexible and being quick to react to the situation.

He recently worked with farmers who have another 100 heifers they will be carrying through winter that they couldn’t sell because there was no market for them.

“They’ll probably calve them and contract 100 tonnes of palm kernel to get through spring. They have managed to get some winter grazing sorted and got their nitrogen timing correct. About mid-October they will sell them or otherwise they will go to the works.”

Most farmers under pressure will have already put measures in place such as nitrogen, other feed sources and drying cows off early. He urged them to run through as many scenarios as possible to examine their flexibility to suit their own farming system.

“Our farmers will need to have feed budgets updated regularly and be very realistic about what they are doing. They know how bad this could be, and they are looking at all the scenarios because they could still have cull cows in June. They’ve got to work really hard to get those cattle gone.”

In the longer term, he says there may need to be significant changes in dairy farming systems. Wintering practices and stocking rates will require a further re-think. A full analysis of what these changes will mean for both productivity and profitability will need to be undertaken.

He says this will require careful thinking from lending institutions on the recalculation of how their production and lending indices will relate and apply to the changing farming systems.