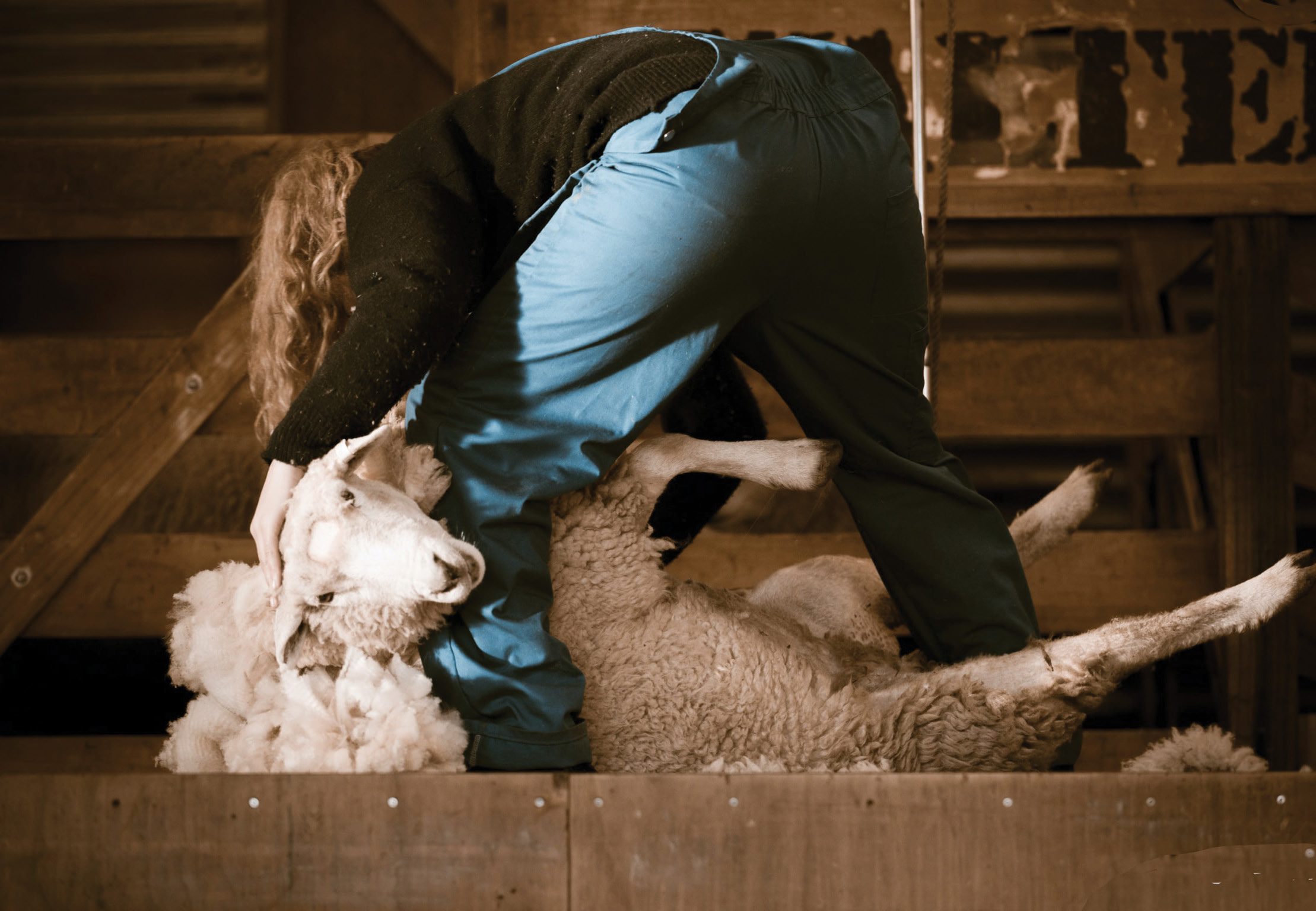 Piopio-based shearing contractors Mark and Brenda Barrowcliffe understand the difficulties clients are facing due to the high cost of shearing and the low price of wool. They are under similar pressure with the cost of operating their business. The cost of recruiting and retaining staff has skyrocketed during recent years.

This season’s main shear, shearing strong-wooled sheep on their King Country run, produced a poor net wool return for their clients, regardless of the age of sheep shorn and the type of wool produced:

Harvesting second-shear wool cost the Barrowcliffes’ farmers between $1/ewe and $2/ewe after selling the wool and paying the shearing bill. There are sheep production benefits associated with the previous winter’s shearing which is part of this policy, but this season’s result was still hard to stomach.

Lambs cost farmers $2 to $3/lamb after shearing and wool selling, depending on fibre diameter. Twenty-eight micron lambs’ wool sold for about 60c/kg greasy more than 31 micron wool, but a lot of the King Country lambs’ wool is at the stronger end of the scale.

Like most service providers, the Barrowcliffes’ margins have also been squeezed, with fuel and food expenses reaching record levels early in 2022. The ever-increasing cost of business compliance is also hitting hard. This, combined with the problem of sourcing good shed staff and the relentless, pressure-cooker nature of the job, has shearing contractors across the country feeling the heat.

“We don’t tend to complain much – I guess it’s in our psyche to just get on with the job and get the sheep shorn,” he says.

Barrowcliffe is president of the New Zealand Shearing Contractors Association.

“But it’s not easy out there at the moment.”

Barrowcliffe has 100 farmer clients, operates seven shearing teams during the summer, four during the winter (70 staff during the peak of the summer season), and shears about 800,000 sheep in a year. He calculates his most significant business costs are compliance-related and have increased more than tenfold during the past five to 10 years.

He says having to move from a position where staff were casual employees to one where they are considered fixed-term or permanent has been a shock to the shearing industry. It is something that some contractors are still struggling with.

It’s important that all employees are treated fairly and receive all the work-related benefits they are entitled to, However, the difficulty in calculating and the cost of paying entitlements like statutory holidays, sick leave and bereavement leave, particularly to a workforce that can be quite transient, has hit the industry hard. It’s one of the main reasons why the contract shearing rate has risen to where it is now.

While they consider the shearing industry to have a fairly moderate carbon footprint by virtue of being able to carry up to 12 workers in a single van to a decent day’s work, vehicle expenses are still a significant component of annual expenditure. Inflationary pressure on the cost of food has also impacted their bottom line as they feed up to 80% of their staff on a daily basis.

Barrowcliffe says developing and implementing an effective health and safety programme has been a big project and is one that requires a lot of time spent working with staff and farmers. He says the shearing industry has made good progress in this area, but the nature of the job and the work environment dictate that ACC levies will remain a major component of shearing prices.

“The pool of local staff just isn’t there anymore and not being able to employ overseas workers has made it really tough nationally,” he says.

“There’s a potential bidding war coming for good shearers and woolhandlers and it’s a worry because, like with rugby players going overseas, we just can’t compete on that basis.”

Barrowcliffe believes contractors can’t just keep throwing more money in the form of higher pay rates at the staff shortage. It hasn’t necessarily increased shearer availability in the past and crossbred wool returns simply won’t allow it. He is adamant the NZ shearing industry must have more overseas workers travelling here to work during the peak season, and that the Kiwi workforce needs to be able to travel overseas to help out other countries during their busy times.

More importantly, NZ needs to train its way out of the staff shortage. In Barrowcliffe’s view, more people and more competition within the workforce will help to improve individual work standards and stabilise shearing costs while the wool price improves.

“The entire wool industry needs to work together to drive wool returns up and make producing wool profitable again. We’ve got to increase demand for wool, and training new and existing staff is going to be key to producing a quality product that will be sought after in the marketplace.”

Barrowcliffe recalls how shed staff used to be immersed in training, with shearing and woolhandling courses run throughout the country on a regular basis. He would like to see government and industry organisations providing more support to training initiatives and promoting the industry as a career choice in schools.

“Despite the challenges we’re facing it’s still a great industry,” he says. “Sure it’s hard physical work, but you can make really good money while working with your mates in a beautiful rural environment as part of a highly productive team. It’s got to be better than sitting in an office all day and having to go to the gym after work just to stay alive.”

INTEREST IN A NATIONAL wool diploma has turned into high enrolments.

Telford’s New Zealand Certificate in Wool Technology and Classing course has 59 students studying wool for the first semester of 2022 and another group starting in July.

He studied wool technology and classing at Massey University in 1967 in a class of 66 students.

“I think the record was about 70 students some years earlier, driven by the fact that prices were good and interest in wool was high as a result.”

Fine wool prices are strong at the moment but prices for crossbred wool are still not covering the cost of second shearing ewes or shearing lambs. Despite this, young people, and some that have been involved in the industry for a number of years, are switching on to study wool again.

Boniface thinks it is vital the NZ wool industry builds its skill and knowledge base . He considers shearing and woolhandling courses, and Telford’s courses, are key to achieving this. He is confident demand and prices for crossbred wool will improve. He is concerned the wool industry has let its skill base slip during the past 10 years, particularly in the crossbred sector.

“As the demand for wool improves we must be able to produce, prepare and supply quality fibre, and that requires having trained people at every point along the value chain.”

He says there’s nothing worse than promoting something but not being able to supply it.

“These students are going to be critical to the NZ wool industry’s success in the future.”