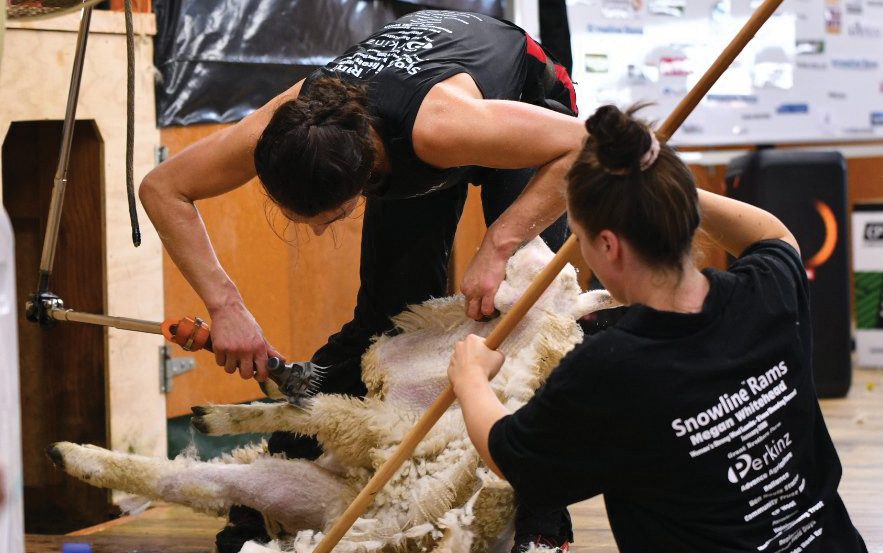 Mark Chamberlain isn’t impressed by much, but he says Megan Whitehead’s lamb shearing world record is something we should all be impressed with.

After years in the dairy industry, it can at times be hard to be impressed. You see, you become numb to the trumpet-blowing, flag-waving personalities walking around simultaneously looking into a mirror and singing, ‘How great thou art’ – you get the picture.

But every now and then something, or someone, comes along and wakes you from your desensitised slumber and impresses the heck out of you.

This happened a few weeks ago, towards the end of January in a small woolshed on the outskirts of Gore, on what was a stinking hot day. Megan Whitehead was aiming to capture the nine-hour, women's lamb shearing world record. I for one know the pain and misery involved with the removal of wool from said sheep. Attending shearing school while still at high school, I harboured great aspirations. I reached the lofty heights of a third placing in the Woodlands Junior Shears, which was satisfying enough as I beat a fellow outspoken Home Block columnist, who had to be (dis)satisfied with fourth place. Fortunately, or unfortunately, that was to be my lot, as my working life headed in a different direction.

“If you are the best person for the job, let’s get on with it.”

Megan knocked a lamb out every 50-odd seconds with military precision – impressed I was. Her father, Quentin Whitehead, leaning over the catching pen with constant words of encouragement and advice, reminding her to keep breathing and to stick to the plan. The casual observer may be fooled into thinking that all of this ‘just happens’. But it ‘just happens’ at a huge personal and financial cost and thanks to dozens of volunteers. Megan herself started training many months ago while still holding down a full-time job as a shearer.

What impressed me, perhaps the most, was the community standing shoulder to shoulder in that packed woolshed, to support this woman. We are constantly told that we live in a sexist world but when I look around the agricultural sector, and in my day-to-day life on the farm, it is dominated by the fairer sex. A quick count of the reps I deal with regularly reveals that the vast majority are female. The two large mercantile firms that I use are managed by women, along with our vets and all our relief staff. And of course, the obvious leadership roles of Fonterra directors, the Prime Minister, Leader of the Opposition, Governor General – all women. Until now, I never really noticed, because frankly, I do not care. If you are the best person for the job, let’s get on with it.

I imagine it has not always been this rosy for Megan and I am sure she has had to, at times, prove herself more than her male counterparts. Agricultural districts throughout New Zealand are full of stories of pioneering women. Over time they have become a major part of the industry; sometimes seamlessly, sometimes not. Most often turning up without fanfare and simply doing their job – and we are all the better for it. I like to think that we have come a long way from the rugby club after-match speeches that, of course, thank the ladies in the kitchen. As a wise woman recently reminded me, it is much better to be told ‘well done’ rather than ‘well said’.

So, to Megan I say, I am impressed. You are not only a fine example to my four daughters but also to my son, who stood in that woolshed and watched you succeed, proving that you do not have to be big to be mighty.

At the end of the day, it was a masterclass of mind over matter. 661 lambs all counted out, mission accomplished. Congratulations.