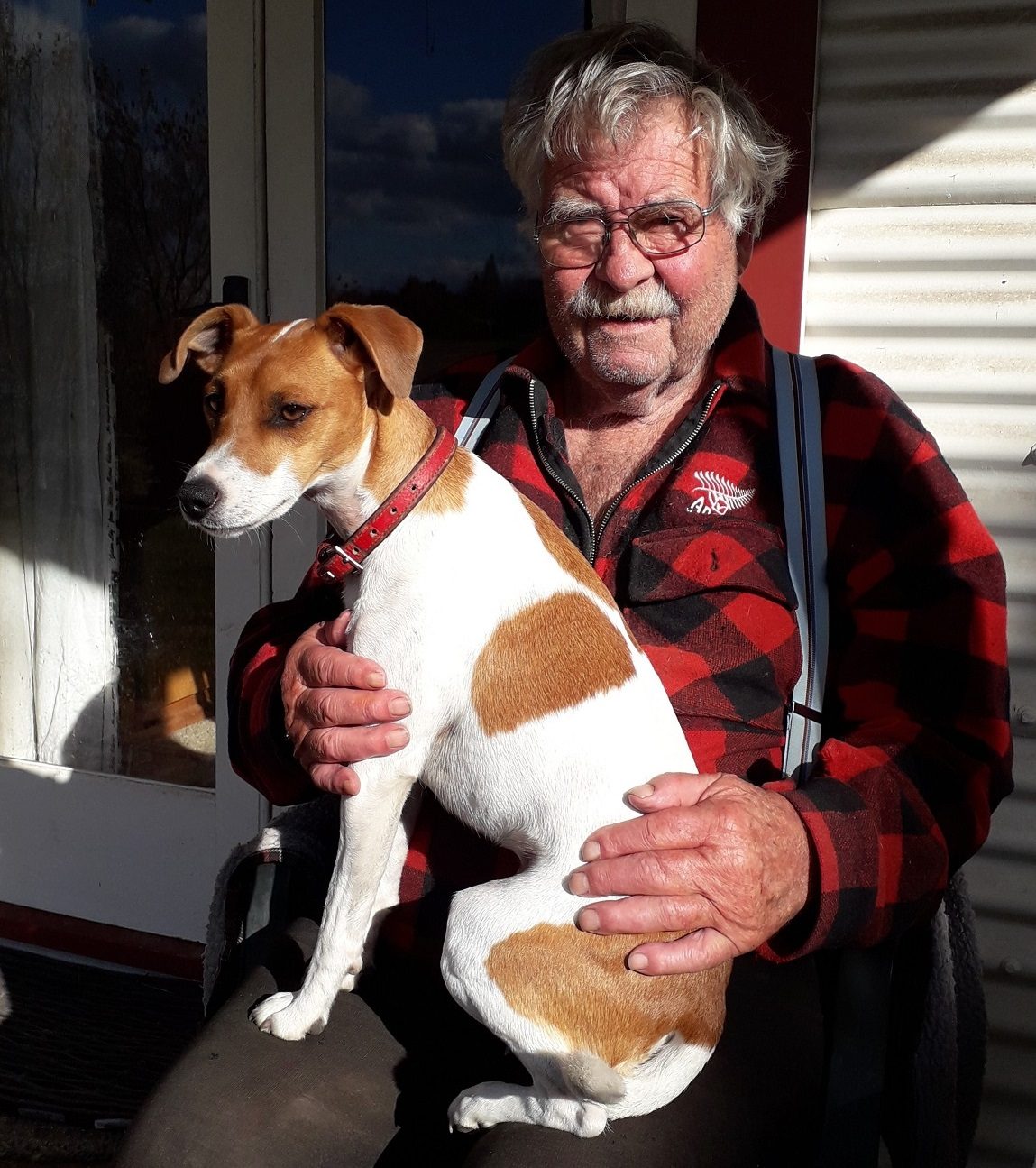 Peter Arthur (78) has been planting trees on his farm, including 400 magnolias, for the past 50 years and writes about his passion.

Like my fox terrier Henrietta (pictured), I love digging holes and planting colourful trees. My 240ha farm, 55km west of Hastings on the Gentle Annie Road to Taihape has been in the family since 1880. Various forebears planted pine shelter belts, eucalyptus for firewood and timber, lombardy poplars as live fence posts, willows, acacia dealbata as firewood, and one row of English oaks along the edge of a steep gorge. That was it.
After leaving school, I worked for two years as a newspaper reporter and made a lot of money on the side, writing scurrilous articles for Truth.
In 1967 I hitch-hiked from Melbourne to Darwin, then across Asia to England and returned to the farm in 1970, working for my father who loved trout fishing and sports cars. For him it was three days a week farming, and four days fishing or the car races. Farming was profitable at the time. As I was buying into the farm I was only getting paid $22 a week. So I went shearing, scrub cutting, shooting and selling a lot of deer in the farm gorges.
My late wife, Diane, was a keen gardener and when she was visiting nurseries I started buying a few trees, just to find out what could grow here.
I joined NZ Farm Forestry Association and NZ Tree Crops and got properly bitten by the tree planting bug. Agroforestry, widely spaced pines with pasture underneath, was all the rage at the time and it was later proved not to work. I thought there must be better trees than radiata for doing this, so the hunt began, and still continues. The best seems to be Norfolk Island pine, a relation of the kauri. It grows straight all by itself (apical dominance where the main stem of the plant dominates), produces good finishing timber, casts light shade, but can be frost tender when young. I’ve only got about seven planted in different spots.
I latched on to a Tauranga nurseryman, John Stuart Menzies who was growing African trees for export to Africa and Australia. He sent me his catalogue, and although I had quite a good range of tree reference books, I couldn't find mention of any of the trees on his list. He told me to get Trees of Southern Africa by Coates and Palgrave, and gave me the address of the South African publisher. There was no internet, email or credit cards in those days, but after about a three month wait, 10 copies arrived and I sold nine to various tree planting acquaintances.

As Diane and I were attending all sorts of horticultural and gardening shows I realised there was a market for specialised gardening and tree books, which were not to be found in NZ bookshops. So, I set up Touchwood Books. It was to be a small mail order business that I could attend to on the kitchen table at night, and I could take books to the various shows we were attending. This was in 1987 when the share market crashed, and just like now, everyone cancelled their overseas trips and started spending money on their gardens. Touchwood Books, at its peak had 25 outlets throughout NZ selling our books, and a shop in High Street, Auckland.
Luckily I had already done quite a lot of tree planting on the farm, trying all sorts of species like atlas and deodar cedars, various oaks, a few magnolias, elms, limes, ash, sweet chestnuts, walnuts and various other ornamental trees. I say luckily because Touchwood Books took off and I didn’t have much time for tree planting, or running the farm properly.
I employed Martin Jones as farm manager and left it up to him to straighten out the horrible mess I had been making on the farm. Apart from several years when he went scampi fishing, he has been here ever since, and has been leasing the farm for the past 20 years. He made a lot of money on the scampi boat and set up two businesses, Kaweka Contracting with the late David Ward of Waiwhare, and A and M Excavating with David’s brother Andrew.
With easy access to gear from both businesses, Martin totally transformed the farm with new pastures, new fences, new tracks and culverts, and new dams.
In 2012 we sold Touchwood Books and I was able to concentrate on trees, using mostly oaks and Wellingtonias (Sequoiadendron giganteum) to replace pine shelter belts, London planes as stock shade and about 400 deciduous magnolias. Between the two of us, Martin and I are making this farm look a picture and a very nice place to be. 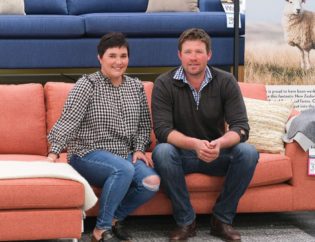 vamtam-theme-circle-post
 Category Country-Wide
Peter Arthur (78) has been planting trees on his farm, including 400 magnolias, for the...
 Tags Boundaries, Country-Wide 2021
Read More