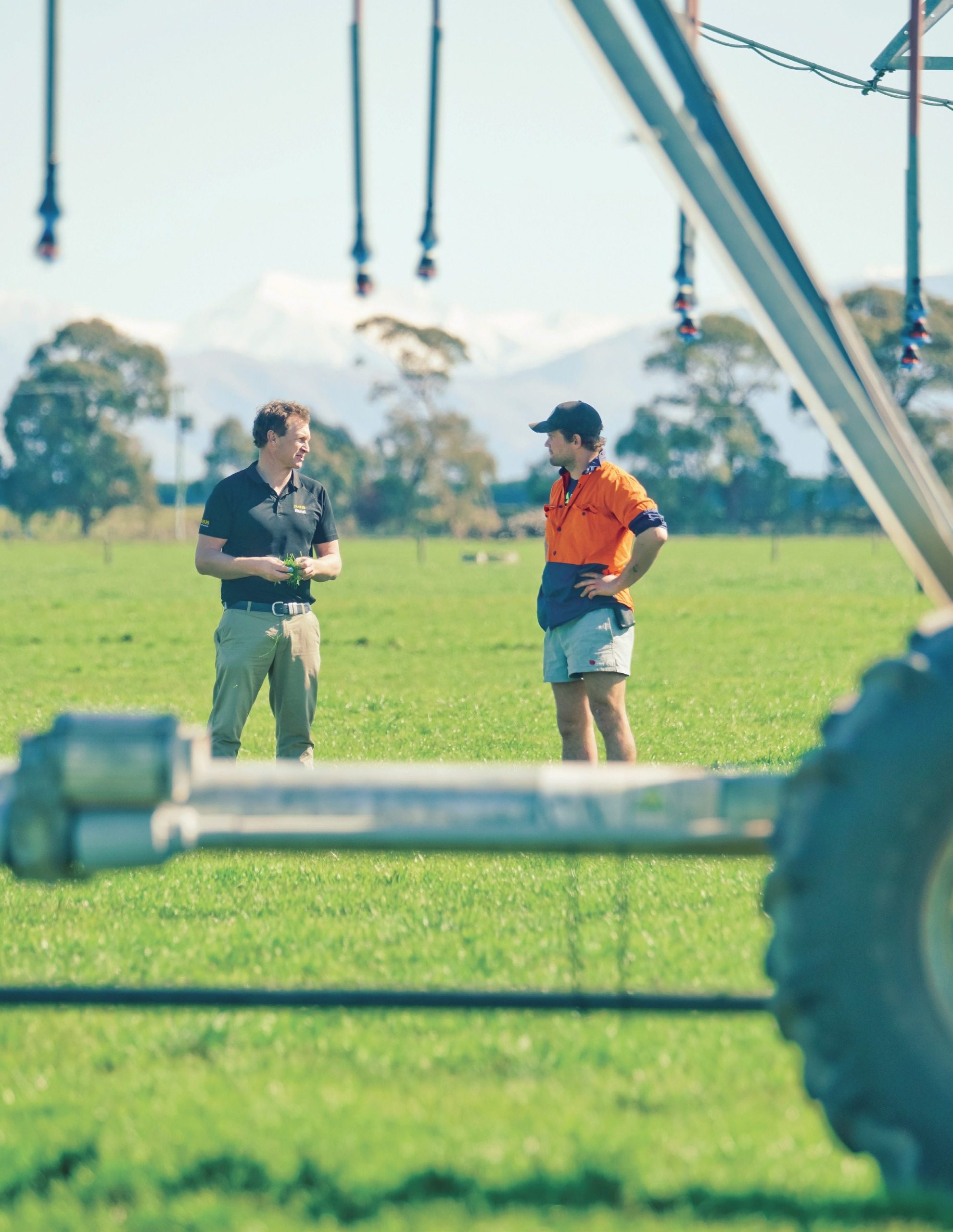 Will Green’s email address says it all – greener grazing.

The 31-year-old, who grew up on his parents’ tenant farm in Shropshire, UK, is now working towards buying his first farm in New Zealand.

That many cows is important because then he’ll need staff and staff are important when you might have to make an emergency trip home to England occasionally when the borders finally open.

Will first visited New Zealand in 2010 to have a look around and came back for good in 2014 working for dairy farmers Kieran and Leonie Guiney near Fairlie who had got to farm ownership through sharemilking.

However, in June last year he took on the position of lower order sharemilker for Dairy Holdings on a 1060-cow farm at Hinds near Ashburton and with the job came the opportunity to buy cows.

Last year he bought 400 mixed-aged cows which he milks in his herd and he bought another 330 cows recently which are in another Dairy Holding’s herd.

“In Dairy Holdings there is lots of opportunities for the right people. They’re really behind me. They want to see me grow as quickly as I can.”

Also helping him out is his ASB rural manager Simon Cooney who is based in the Timaru branch.

“He’s farming himself, so he understands what I’m trying to do. If I’ve got an idea I’ll pop him an email and he replies straight away and then we’ll sit down and talk about it. I’m probably emailing him too much. He must get sick of hearing from me sometimes!”

Farming accountants Brown Glassford “keep me out of trouble”.

The plan is to be whole herd owner sharemilking with Dairy Holdings in two years, increase cow purchases, pay off debt and be ready when the right farm comes along to buy.

“My farm supervisor at Dairy Holdings is Mick O’Connor and he’s great to talk to. He is mentoring me.”

Will said he’s not interested in diversifying his investments and instead will stick with cows.

“I really like owning cows. I get a warm feeling doing it.”

“Farming is my hobby as well as my career. It’s what I do. It’s all I’ve ever wanted to do.”

His parents milk 100 cows on a tenant farm, along with running a few sheep and beef cattle, which Will says is enough for them to get by on, but farm purchase would be “very challenging”.

“Although things are changing over there. I have a mate still in the UK and he looks like he might be able to do it but cases like that are few and far between.”

With no help from parents and the UK exchange rate, it’s money from “my own back” that will be buying his farm in New Zealand.

Helping him along though is his partner Sally Eames who works for Medsource in Ashburton.

“She loves farming too and helps me out with the calves in the weekends.”

Aiming for the stars

ASB Rural Manager Simon Cooney says Will’s plan is to have $1/kg MS profit each year, after tax, working as a lower order and then as a herd-owning sharemilker.

“Of course, this is sensitive to the milk price but he’s going to do it over seven years so some of those years he will do it easy and other years it will be a challenge,” Simon says.

“He keeps a close eye on farm working expenses, fully utilising the pasture curve and limiting bought in feed as much as possible.”

“If he can do the $1/kg MS profit then in his current position with Dairy Holdings (DHL), that is $350,000 surplus each year that he can invest.”

“His strategy is to use that to buy more cows each year. DHL leases the cows from him, and he receives 8-10% return (4- 6% higher than if he had it on fixed term interest.)

“After seven years, including his current equity position, he’ll have around $3.5 million or more.”

“I know this is ambitious but as the old saying goes, if you aim for the stars you may end up on top of the mountain. Will has a plan, he has dedication, commitment and combined with all of that he has outstanding farming skills. I am sure he will succeed.”

Simon says 150ha dairy farms with good water in Canterbury were currently selling for $45,000/ha, producing 1400kgMS/ ha (please note this is not a Tier One Mid Canterbury property).

“There are options like Fonterra’s MyMilk that enable Fonterra shares to be purchased at a later date.”

“All up that’s about $8 million and he’s got half of that in equity – so in today’s banking terms he will be bankable, especially with his proven track record.”

Simon says Will was fortunate his employers allowed flexibility in their contract and sharemilking agreements as well as stock ownership investment opportunities.

“It means he can use it as a springboard to faster growth so he can achieve his goals.”