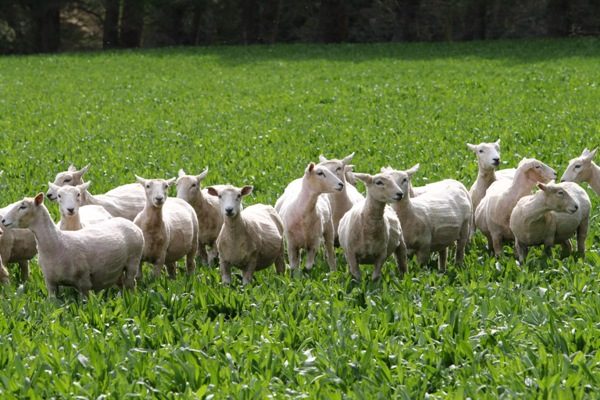 A vet and four farmers shared their knowledge and experiences in a seminar focussed on strategies on how to maximise productivity in the spring. Sandra Taylor reports.

Getting ewes off lambing paddocks as early as possible in winter will ensure good pasture covers at lambing.

Stockcare consultant and vet Pete Anderson said it can be as early as ram removal or scanning. This feed can be used earlier if winter feed runs out.

He outlined management strategies farmers should be considering to maximise productivity in spring at a recent Beef+Lamb NZ Farming for Profit seminar in Canterbury.

“It’s better to set-stock earlier on high covers than push the ewes in the last part of pregnancy.”

He recommends getting the flock scanned into two mobs, the early and lates. To do this, farmers should ask the scanner to foetal-age the first 100 ewes and work out where the half-way point in lambing is.

Anderson says farmers should err toward set-stocking early, especially when ewes are on winter feed crops.

Most of the problems with feed crops are associated with calcium, protein and other vitamin and mineral deficiencies (magnesium, iodine, vitamin D and E) which can cause metabolic problems.

“There are a lot of subclinical metabolic issues which have a huge impact on lamb survival.”

This, he says, is all to do with suppressed immune function and which can also cause problems such as mastitis and weight loss.

Unless the ewes have access to a very high-quality supplement (lucerne baleage) or a good run off, they should be taken off feed crops as they get close to lambing.

Ewes on fodder beet in particular should be given a vitamin supplement.

Vitamin E is associated with lamb vigour and survival and giving Vitamin E (drench is preferable) will help both. Old pastures are very low in Vitamin E.

He cautions against giving five-in-one vaccines too early before lambing. The peak response is 10-14 days after injecting. 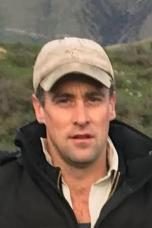 They run a split lambing with 1500 terminal sire ewes lambing on September 1. These ewes are scanned mid-June and are on winter feed crops for 50 days. Fifteen days before they lamb, the triplet-bearing ewes get a five-in-one vaccine and a capsule, the rest just get a five-in-one.

These lambing ewes are checked once or twice a day, picking up any cast ewes and helping any having problems lambing.

The balance – 4000 ewes – start lambing on the hill on October 1. These ewes are scanned in mid-July and are on winter feed for 60 days. Again, the triplet-bearing ewes are given a five-in-one and a capsule and the balance a five-in-one.  The ewes are set-stocked eight to 10 days before lambing as winter feed runs out. The twin-bearing ewes are set-stocked on the developed hill country at 8/ha and on the better hill blocks at 4/ ha. The singles are spread around the harder blocks at 4/ha.

The triplet ewes lamb on the lower hill country close to paddocks and are stocked at 2-3/ha. They are well spread out to help maximise survival.  After tailing these triplet lambs come down onto the paddocks and are put onto lucerne. 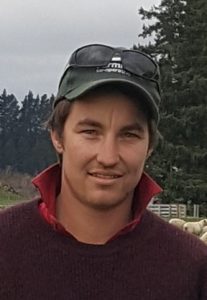 The ewes are wintered on grass on two-day breaks. They run a split lambing, lambing 1800 terminal sire ewes in mid-September and the balance start in early October.

The set-stocking policy on Inverary varies according to where the ewes are going, but thanks to the good lane system on the farm they can take the ewes out when they are close to lambing and let them wander up the lane systems to their lambing block.

They try to set-stock the ewes as late as possible because the feed on the hill is of poorer quality than the paddocks and the ewes are being set-stocked before spring growth really kicks in on the hill country.  However, they do get better lamb survival on the hill than they do on the flats which are more exposed.

The triplet ewes are lambed on the paddock country and are checked daily, although they have a policy of minimal disturbance.

Lighter ewes, body condition score 2 are run on the better country but most ewes are lambing under 800m.

Inverary is carrying out a lot of development work unlocking significant potential as pastures are developed. The ewes are wintered on these pastures, they lamb on the hills and are brought back to the developed pastures soon after lambing. 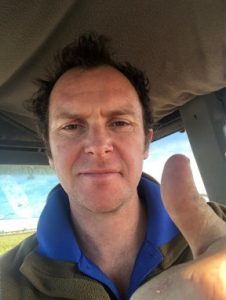 In contrast, Hugh Copland farms 650ha just north of Ashburton, 500ha of which is irrigated. Sitting at 150m above sea level, they run sheep, beef and grow crops. They lamb 2600 ewes from mid-August and this includes 200 stud ewes. This year they have 450 ewes bearing triplets.

The ewes are break-fed on pasture from May and six to eight weeks before lambing they are given a supplement of lucerne baleage.

The ewes are scanned in late June. In August the ewes are separated into the commercial and stud flocks and drafted into two-tooths, single-bearing and multiple mobs. The late-lambing ewes go onto fodder beet.

At lambing, each mob is moved every day with the unlambed ewes being shed off from those that have. Each mob has its own rotation of lambing paddocks.

Three to five days after lambing the ewes and lambs are run into larger paddocks where they stay until weaning in November.

Hugh says they do a lambing beat twice a day and will mother-on and rear lambs as required. 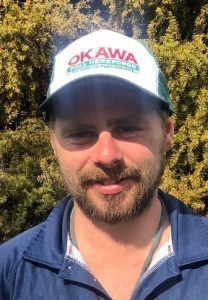 While at an altitude of 500m, the 750ha effective farm has a large area of rolling flats with some hill country.

Along with cattle they winter 4500 ewes.

The two-tooths winter on swedes and these are transitioned off swedes and on to grass on September 6 for about 10 days. They are then set-stocked on to the hill at 4/ha as close to lambing as possible.

The mixed-age ewes winter on grass are set-stocked at roughly 10/ha at lambing. The lambing paddocks are sheltered and these are grazed early in winter the left to allow pasture covers to build.

Joe says the stocking rate is adjusted to mob size during lambing beats, so at tailing all set-stock country has equal grass covers.

The single-bearing ewes lamb in six paddocks and are then moved into rotation mobs of 250-300.

For more on the seminar go to www.nzfarmlife.co.nz