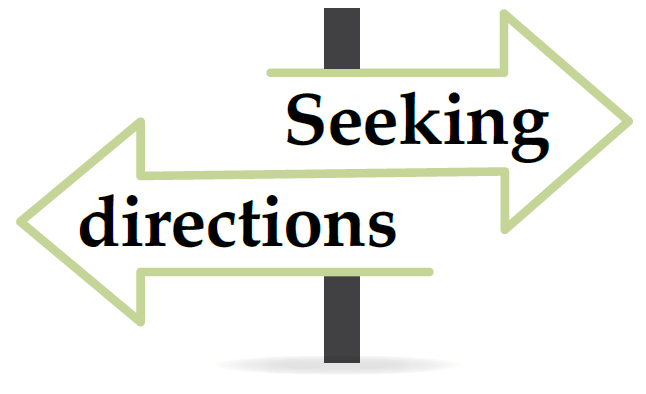 A discussion group founded from interactions within a closed Facebook group during the first Covid lockdown has helped steer a significant boost in production. Photos and story by Karen Trebilcock.

During the first Covid-19 lockdown, Mat Korteweg and his wife Catherine started thinking about what they wanted to get out of discussion groups.

With contact with other dairy farms limited to phone calls and online, they went to social media and started a Facebook group: 500kgMS/cow – The Journey.

“We were about to go 50:50 sharemilking with 550 cows. We’d been on the farm in South Otago as lower-order since 2014 and we were thinking about tools we could use to help us reach our goals,” Mat says.

“Before coming here we had worked on a dairy farm in Australia, in Gippsland, Victoria, and the owner there had beautiful cows, high input, and he was enjoying measuring the cows’ potential.

“We had a good idea of the direction we wanted to take the home farm. We grow a lot of grass here but we weren’t getting to where we wanted to be. I knew it was time to start reaching out to hear what other people were doing.”

The Facebook group caught the attention of interested farmers and after lockdown a discussion group was held on Caleb Holmes’ farm on the Taieri with DairyNZ, vets, nutritionists and other rural professionals including consultant Howard de Klerk.

“He gave a presentation about the potential of the New Zealand grazing system with the use of the right supplement at the right time.”

Afterwards, Howard showed Mat and Catherine ways to use the data they had been collecting for years on the Stirling farm on the banks of the Clutha River and what could be possible. They took him on as their farm advisor.

“Over the years we’ve had a strong focus on staff development and training, and we saw using a consultant as an opportunity to focus on and invest in ourselves.”

And the couple have cracked it – for the first time their cows are on target to produce 530kg MS/cow by season’s end in May.

Since their first year on the farm, when they produced 420kg MS/cow, they have consistently increased per-cow production each season but reached a ceiling of 470kg MS/cow for the past two.

Supplementary feed inputs were also increasing, with the 470kg MS/cow production reached with in-shed inputs of 700kg to 800kg DM/cow/year.

“I just didn’t think we could do more production and still get the cows in calf. I wanted to get there but I thought there was no way,” Mat says.

“I’m really conservative with budgets and when we came up with this target of 500kg MS/cow I thought, oh yeah, whatever,” Catherine says. “I’ll believe it when it happens. But now I have the confidence.”

And that confidence is given by one thing they both say – sticking to the plan.

It starts with transitional feeding. With their calving data they worked out a spring rotation plan and instead of beginning transitional feeding four to five days before calving, they started 21 days beforehand giving the springer mob as much adlib hay and straw as they could eat on the calving pad and silage in the herd home to get the DCAD minerals into them.

Before heading into the herd home each day, the springers would go on the rotary platform to eat 1kg of their milking cow ration to start getting their rumen ready for their post calving diet.

It also allowed them to be teat sprayed daily which helped to reduce spring mastitis.

“With Protrack drafting and their inshed feeding programme which allows you to feed individual cows, it was easy to do and when the cows did come in for  milking they were used to being in the dairy and were super settled,” Mat says.

Making it easier too, they had installed Allflex collars for the herd, putting them on in the autumn so they were ready for the planned start of calving on August 10.

And it gave them new data to work with.

“If anyone is thinking about buying collars, I would tell them to go for it but only if you’re going to use the data. Don’t just use it for drafting cows for mating. They’re too expensive for that. Tail paint is cheap.

“But if you want to go to that next level and really understand what is happening with your cows then consider them.”

It was the rumination time the collars were showing that caught Mat and Catherine’s attention.

“After calving, we couldn’t get it over that magic 400 minutes a day. It was down at 300 minutes and at 200 minutes they’re crashing so we were really worried.

“This went on for two weeks after the start of calving. The cows were on grass and supplement in the dairy but they weren’t looking great and the collars were telling us they weren’t happy and then we had a light bulb moment.

“They had been on silage before calving and now they were on grass. We started feeding out balage on their allocated break based on the spring rotation planner and their rumination went up straight away to 400 minutes.

“Their rumen wasn’t used to fresh grass and it needed time to adapt. Even though we were feeding out when we had a lot of spring grass, which seemed crazy, it worked.

“Transition feeding is all about getting the rumen ready.”

“It makes us cringe now,” Catherine says. “All these years we’ve been doing that to our poor cows and they couldn’t tell us what they needed.”

Their cows lost less body condition than usual after calving, metabolic issues stopped and suddenly they had time on their hands because they weren’t lifting downer cows. As each cow calved, its individual supplement (a mix of barley, palm kernel and DDG) was increased week by week from 1kg/day until at five weeks post calving it was at 4.5kg/day.

“The cows were still cleaning out the grass in the paddocks.

“Howard got us to work backwards from our daily production and we worked out they were eating, as well as the 4.5kg of supplement, 18.5kg DM of pasture which was exactly what we were measuring in the paddock as well. It all lined up with the spring rotation plan as well.

“This was real. There’s no bullshit. We worked all the figures and they all said the same thing.”

Body weight of the Friesian cross herd is about 500kg so they are on target to do more than the cow’s body weight in milk this season.

“By the start of November, at mating, the cows were pumping. The inshed feed bins were licked clean and the grass was always decked in the paddocks.”

The 10-week mating was AB for five and a half weeks with the bulls going out afterwards before a final week of short gestation semen to tighten the calving spread.

Their six-week incalf rate is 79% and their empties is 9%.

“The collars captured all the premating heats so we could target cows who needed help, instead of just doing a blanket synchro. We could spend the money where it was actually needed.

Usually the farm goes to three in two milkings mid-December, to give the staff, Mat, Catherine and their young family an easier summer, but with the cows still producing 2.2kg MS/cows, they had to delay it to mid-February.

In March, they were doing 2kg MS/cow and condition scores looked great.

“We dry off at a body condition score of five for the two- and three-year-olds and at 4.5 for the older cows.

“We want our covers at 2200kg DM/ha and then we can be assured we’ll be at 2300kg DM/ha at calving, unless there is a major flood or something.”

About 300 cows are wintered on silage in herd homes with the rest on fodder beet and balage at a neighbouring potato farmer’s block.

The Kortewegs own their own baling gear so any surpluses, however small, can be made into balage.

“We can control the quality of what we’re making too that way. We’re not waiting for the contractor to get here as we watch the quality go.”

Mat’s parents Stephen and Rhonda still live on the farm and although there have been a few raised eyebrows as feed trucks arrive every couple of weeks, they’re happy with how things are going.

“They wouldn’t be comfortable if what we were doing was on guesswork. But we’ve got the figures and we know it’s working. They trust Howard’s plan and our execution.”

Peak cows milked on the 175ha effective dairy platform had been 630 in the past when Mat’s brother Blake ran the farm and was building numbers to go 50:50 sharemilking.

“Although those high numbers were a once-off, we can see that calving 550 cows is a better number for the farm,” Mat says.

“There is increased efficiency with less cows. It means increased profitability, less time needed to milk, we’re able to concentrate on individual cows and it’s better for the farm.

“We’ve really noticed how the paddocks have improved with less hooves on the ground.”

And with dairying coming under scrutiny for greenhouse gases, the system works there too.

“All cows have to eat to maintain themselves, so the more you can feed them to produce more, then the more efficient they become. It’s obvious.”

Catherine says they had titled their Facebook group ‘The Journey’ and it had certainly been one.

“You have to have the perspective of how one thing can affect the whole system,” she says. “It doesn’t just happen. This is something we planned to do and once we had the plan we had to follow it. We had to get so many things right.”

So far the private group has about 350 members from throughout New Zealand with a few in Australia.

“We use photos a lot on it of real data so there’s credibility and that’s what gets the discussions going,” Catherine says.

“At calving it goes a bit quiet then something will pop up and there is a discussion going again.”