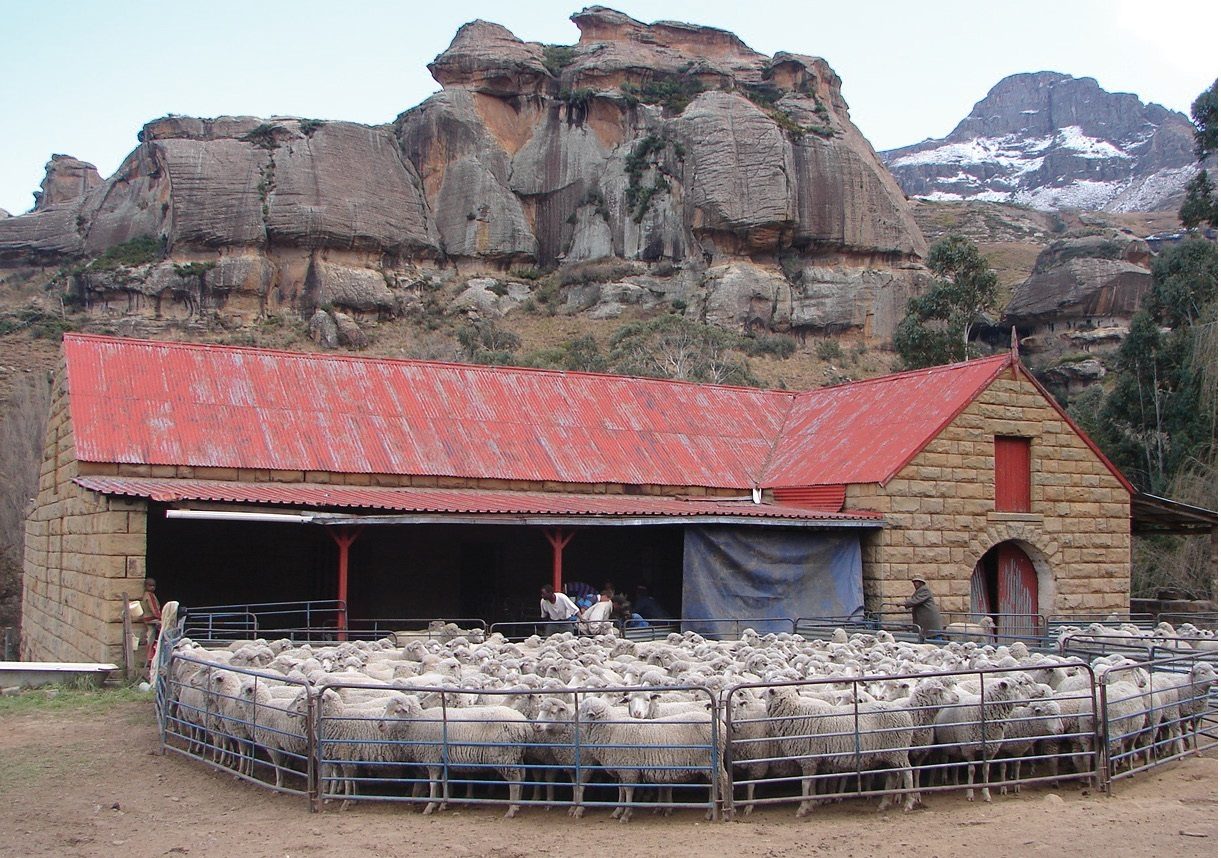 The tough nature of Sky Run South Africa is parallel to its beauty. Annabelle Latz found running 100km through some of South Africa’s most rugged mountains, including 18 farms, an absolute treat, despite its hashtag #hellofarun.

In the Eastern Cape once a year, the sleepy town of Lady Grey turns electric for a few hundred runners who gather and set foot towards their final destination of WarTrail.

This mountain run started off as a two day Sky Walk in the early nineties, evolving into a race in 1997.

For more than two decades an epic relationship between landowners and race organisers has shaped this event, which is so rich in history, human courage and spirit, friendships, and deep memories.

I’d heard so much about this race which is held in such high regard both within South Africa and globally.

But when I toed the line a touch before 4am on Saturday November 9, I still had no idea what I was getting myself into.

For 26 hours and 20 minutes I ran, scrambled, power hiked, skipped, tripped, stumbled and fell my way through this tough thing called Sky Run.

Lesotho on one side, Eastern Cape on the other, for two sunrises and one sunset.

Race safety officer Adrian Saffy has been overseeing the race for 18 years, and said an outstanding relationship with landowners who allow this privilege is crucial, as without their consent and offerings with race day assistance, the event could not exist.

He says the race is remote, and athletes are exposed to the harsh reality of a true wilderness area where help is not around the corner.

“This gives Sky Run its mystique and character when athletes are a bit afraid of the possibilities that exist, which could make their race a question of survival.”

This year the run treated us to impeccable weather of a fresh morning, some gratefully-received overcast skies, a touch of breeze, just enough sun to warm our faces, and colours in the sky which made us pinch ourselves.

Race day holds high stress levels for Adrian and race director Mike de Haast, mainly due to the “concern with the safety of our athletes in this wilderness playground.”

But once the final runner has that finisher’s medal around their neck, the enjoyment is immense.

“Our satisfaction comes after when everyone is safe and accounted for and we receive the positive feedback.”

Over the years Sky Run has included a handful of local farmers taking part in the 100km mountain run adventure, and many signing up for the 65km and 38km option.

The run brings a huge cash injection into the community, and the farmers realise this and work to make it a special experience.

One outstanding feature is just before the 60km mark, when runners stop at the festive vibe of Balloch for nutrition, a medical check, and a mind readjustment as they head off into the evening or night sky for the final but massively brutal 40km.

Balloch is an extensive sheep and beef farm which has been in the Frost family for three generations, since the early 1900s.

It has recently been voted one of the most beautiful farms in the world, and rightly so.

Margy and Graham Frost agree that their home is a wonderful place.

They have been serving up delicious meals under the caves of their farm for 22 years, for exhausted, elated, struggling and happy runners.

“The first run was done by nine people, and now has up to 500 extreme athletes,” Margy says.

Their favourite part of the day is sharing their beautiful farm and scenery with others, who would never go there or even hear about Balloch, if it wasn’t for the run.

Graham, their two sons, both their daughter-in-laws and son-in-law have all competed in the event, in the various distances over the years.

It was one of the first extreme adventure races, and its growth is the proof it has been a success and Margy said it is the extended family of this race that makes it magnificent.

“The support crew who tirelessly help with the logistics year after year… this is why it is such a success.”

The terrain, the scenic beauty, the toughness which extreme athletes look for, the extreme weather which keeps everyone guessing every year – it’s all part of it.

As I ran into Balloch in just under 12 hours, I felt great, and the vibe was just awesome. I made sure I took a few minutes to appreciate where we were and be grateful to be in such a special place; the history of these farms, the fantastic people, what I’d accomplished so far that day including summiting the highest point of the race in the name of Avoca which stood at 2800m.

After a replenish I was on my way again.

Ignorance really is bliss. My rough calculations told me I was about half way through on the clock.

Wrong. I had 15 hours of steep seemingly never-ending climbs including one main feature called ‘The Wall, (use your imagination here) steep gorge descents, rock scrambling and steady farm track running.

The saving grace was the incredible sunset, the camaraderie between the runners, the encouraging nutrition stations, and the excitement in the pit of my stomach telling me an adventure through the night was on the cards.

Layering up for a star studded night sky under a full moon, I thought ‘yeah, this ain’t too bad.’

The final two hours put my mind in some funky places. I sprung a tear only once – tripping down a steep gully and somersaulting backwards for a good few metres. I finally came to a stop, sat up, looked at my grazed leg, blurted out a few bad words, then dusted myself off and carried on. The sun was up again.

Some great mates to greet me at the finish line, who in fairness had been finished for a few hours… was just epic. Almost 6.30am and the Eastern Cape heat was already starting to soar.

I certainly set no records for my first attempt at a 100km race, but it’s a race legends are made of and it was never supposed to be easy.

If you are over that neck of the woods and feel like a life changing day with incredible people, I can recommend no better way to do it.

Sky Run South Africa’s motto is ‘Running Wild – Flying High’ and each and every one of us did just that.

Margy and Graham Frost describe themselves as ‘grass farmers’ and market their business through Bonsmara cattle and Dohne Merino sheep.

With their two sons who have engineering backgrounds, the Frost family farm roughly 5000 hectares, at a stocking rate of 1su/ha.

Their main focus is on mob grazing systems and using supplements throughout the year is designed to promote even eating of the grasses.

“We constantly try to put more in than we take out of our soils, continually try to improve our animal genetics, and at the same time remain profitable,” said Margy.

Although South Africa has its challenges, Margy and Graham are happy with the support systems they have access to, and they also do extensive reading of their own.

The wool industry is a big part of their farming model also, which Margy said has stabilised and prices have been good for the past few years. Export makes up 80% of the wool market, mainly used in the garment making industry in Europe, with the lower grades going to China for the motor industry.

They are the founders of the Dohne breed, which is now being exported everywhere in the world through embryo exports.

There have been great relationships and lessons with New Zealanders; shearing instructors visit South Africa to share knowledge about machine shearing technology and techniques.

She says Kiwi shearers run their own private enterprise where South African shearers have their floor arranged by brokers.

“There is a move towards privatizing the teams of shearers.”

Margy said it is tough for South Africa shearers to make good money, given the skills they have and the time it takes to become a good shearer. Shearers earn a living wage.

South Africa produces some top quality fine merino wool which is highly sought after by the textile industries in Europe and Asia.

This year Margy has been back on her spinning wheel, harking her back to the successful spinning and knitting business 25 years ago where they sold 1000 hand-spun home-knitted jerseys.

Interests shifted after that and the Frosts ventured into trout farming for 18 years.

But the wool from the recent spring shearing was too good to not get her wheels out of the cellar again, especially the long hogget wool, perfect for blankets.

“I had forgotten what an absorbing and soothing hobby it is.”

The whole process from start to finish of each blanket is about 100 hours of work; a quality blanket lovingly home-made.