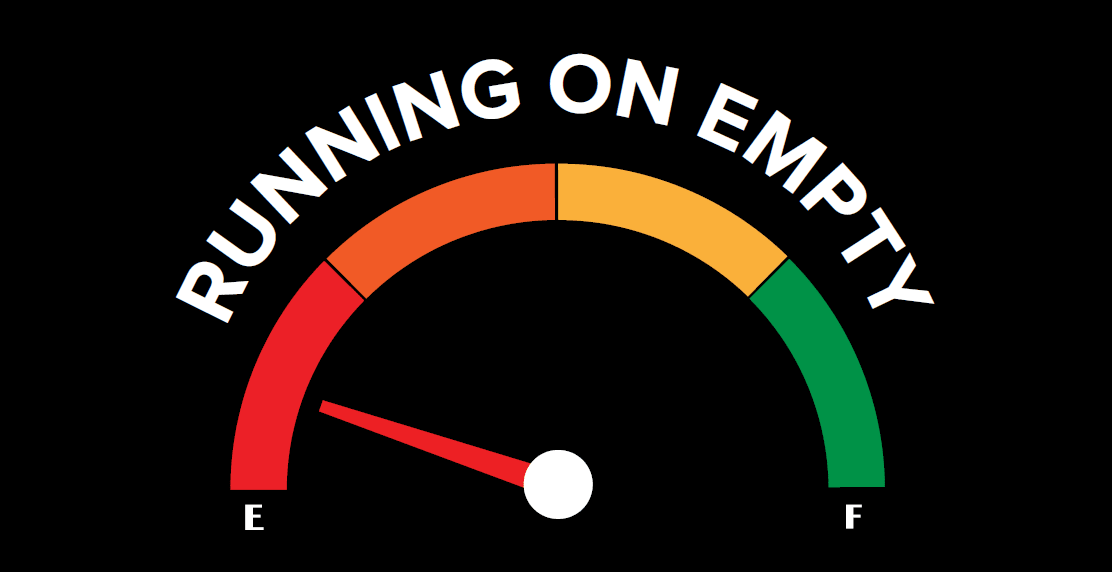 As the industry grapples with reducing waste and “ethical” farming, some farmers are looking at ways to change the system and give animals a second chance at a longer life.  Delwyn Dickey reports.

Living the good life, for farmers and cows

For Chris Falconer, who farms 250 hectares in Waerenga, North Waikato, the answers are pretty clear. He sees a change is needed in the system. Not only is there too much waste but the system also fails the animals on which it relies, he says.

Chris feels the animals should not just be treated well onfarm, but should also have as long a life as can be afforded them within a commercial operation. 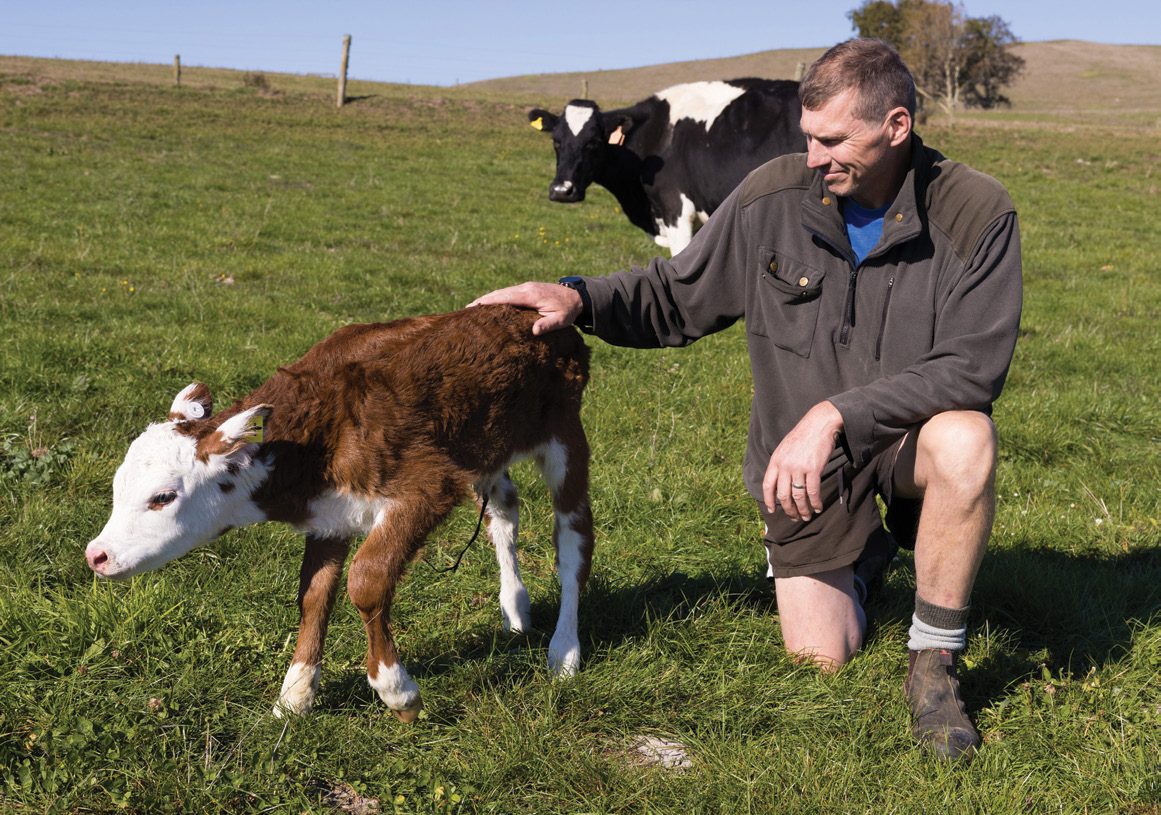 Chris hasn’t bought in many in-calf cows for a few years. He goes almost exclusively for empties at the sales and they must have recent herd tests and records. There are plenty to choose from, he reckons, as farmers look to quit empty cows in January and February. He is looking at getting them in-calf again, and is happy with the in-calf rates for them.

“This last year I bought 21 empties, out of a herd size of about 330. I sent 17 cows away as cull cows for all sorts of reasons. The annual replacement rate is about 8%.”

Chris’ reasons for buying cull-cows are economic, environmental, and altruistic.

“The cows were two, three and four years old. They were high indexed, had low somatic cell counts and good udders, with an average price of around $900 each. They are still averaging 1.25kg/day of milksolids (MS).”

The animals’ body condition is also a big part of the decision on which animals he buys.

Cows in good condition are often thrown out to make way for young heifers – there’s nothing wrong with them other than they haven’t got into calf.

The other category of cows he looks for are underweight animals.

“These cows were about 3.5 and were obviously “undergrown” as heifers,” he says.

“The three to six weeks after they calve is their highest energy demand for their yearly cycle effectively. During their highest period of demand, we’re also going to demand the most from them by demanding they get in-calf,” he says. “The two things are not necessarily compatible.”

Body condition has a lot to do with how a cow’s body copes with milking after calving, but also if they can get pregnant again, she says.

“A body condition of five at mating is the magic number for calving. A lot of the milk cows produce for their calves in the first six to eight weeks, and especially the first 10 days, doesn’t come from their diet, rather they metabolise their own body tissues – mostly fat but also some protein.

Because low body condition affects the cow’s fertility ahead of mating, it is a good reason to keep the animals in good condition throughout the year, Jimena says.

“You can coax a cycle if you supplement cows in a post-partum period – and may reduce the number of non-cyclers you have in a herd, but this doesn’t always translate into fertility,” she says.

“While you can get the ovaries to wake up when they’re thin, and the cows will show signs of heat, if they’re significantly compromised short-term supplementation won’t overcome the effect poor body condition will have on the performance of the animal,” she says.

Chris is critical of farmers who allow their animals to lose body weight to such a degree in the first place.

“It’s an incredible waste of resources to have these good young cows with good genetics’ go off to the works because we stuff it up,” he says.

Giving the cows in poor condition time to get their body condition up is one of the keys to the success of his herd replacement ethos.

The farming operation, which includes once-a-day milking, is a low-pressure environment which Chris feels his cows appreciate and tend to reward him for. Age also isn’t on the list for reasons to send an animal to the works.

“A lot of chasing average herd breeding worth/production worth goes on. I’m not interested in those numbers. I’m interested in the cows having a life for their own sake beyond what I need.

“If they’re healthy and getting in-calf, age is not a consideration. I never cull a cow on age.”

There is year-round once-a-day milking on the farm, and also split calving. This sees him less concerned about the carry-over time as he aims for mating in the next block. They will be held over for another six months if their body condition is still not up to scratch.

“I’m not prepared to chuck them away because we need to work on them more,” Chris says, although he acknowledges they’ll be going to the works if they fail to get in calf the following round.

In an effort to reduce waste Chris doesn’t produce any replacement heifers. At mating, artificial insemination (AI) to Speckle Park is used in the first cycle and then their own Hereford bulls for the next. This sees six weeks of mating with no interventions.

Chris likes to think the cows get into calf because they take the heat off them.

All calves are destined for beef production making bobby calves a thing of the past.

“Most people won’t be able to tell you how much replacements cost – or think they know but they don’t. It could be anything from $1500 to $2500 but they don’t know.

I know exactly what mine is because I get an invoice.”

Giving the girls a second chance

Matthew Herbert has just started his new contract milking position at the beginning of June. Recently an associate director on the board of DairyNZ, Matthew has long been an advocate of more sustainable dairying.

His new farm has recently changed hands and been bought by a small group of friends who have gone into partnership. Just one has a background in farming. They plan to do something a bit different in terms of the farm system, giving empty cows a second chance, making it more efficient, labour-friendly, and a good lifestyle for the people they’re employing as well. Situated at Piarere, between Cambridge and Tirau on State Highway 1, the 340ha farm sits on rolling country. It will have 450 cows at peak along with grazing young stock for other farms and some beef cows as well.

From day one the formula is to use other people’s in-milk empty cows that would otherwise be culled, Matthew says.

Matthew reckons he might bring in a few special cows in-calf, but the herd will be primarily made up of in-milk empties. While there is also the humanitarian side to giving these young animals a shot at a longer life, the main business focus is on getting the cows in-calf again to sell on, while also getting high milk production from them. If they don’t get into calf, then they will be milked for as long as they are producing enough to be economically viable before sending them off to the works. The operation will be using Jersey animals with the herd average purchase price of $750 each.

Cull Jerseys generally fall in the $600 to $800 range, Matthew says, compared to an in-calf heifer at around $1600 to $1700 each. To raise a calf through to herd replacement level, and do a good job of it, would cost at least $1300, he reckons. The cows will be expected to produce 550kg of milksolids per animal for a year.

“This is quite high for a cow that’s already done 7 months’ lactation by the time she gets to us and will be hard for a Jersey cow to do,” says Matthew. “We are feeding a lot of maize silage plus a PKE blend. Once she’s been sold then we will bring in another empty to replace her.”

Rather than underweight animals they’re looking for good quality cows where the only problem is they turned up empty. For this reason, they will be buying high-quality animals off breeders.

“While you can pick up good animals at the yards, we want to develop a relationship with breeders and take on their empties every year.”

“We’ll look into history of the cows before buying them. Good cow families, good history of the maternal line. Looking at breeders who take pride in their breeding, reared them well – they just turned up empty. In most systems they’d be culled out but we’ll continue milking them,” he says.

The operation should also make working on the farm less stressful for staff. While there will be milking twice a day, with each animal only staying on the property for 12 months, and minimal calving, people should be more relaxed with no huge days or late nights in the shed.

“We have the option to get a small number of cows in-calf, let them calve, then bring on a small number of heifers. But it would be a small amount, 10 to 20 perhaps. But would only be the best or pet cows or something.”

But the big winners will be the main herd of cows, Matthew says.

“Once in-calf they’ll have that opportunity for an extended life in another herd.”

When they were getting their original herd together and as they expanded, along with buying good quality cows, the couple also bought empty cull cows and in-calf budget cows.

Rather than going through stockyards for the cheaper empty cull cows, they went through a stock agent who sourced them directly from the farm after they advised what they were after. Their carryovers came from five different farms.

“We only bought empty two or three-year-olds. If you buy a five year old and get her back in calf as a six-year-old you only get a maximum of two years out of her. Younger makes it more economical,” Soenke advises.

The empties were sent out to graze somewhere else before getting into calf again and being ready to be milked. Being able to raise the calves was also part of the strategy.

“One farm we were working on had really high production worth (PW) figures,” Antje recalls. The owners were weeding out cows to send away as they had so many young replacements coming through.

“The empties would go first, then the ones that were a little older, three teaters, that kind of thing. Even though they would have gone to the yards they were still better than in the average herd.”

By offering a generous amount for grazing, Antje and Soenke were able to convince the owners, who wanted to send the animals away earlier, to let them remain on the farm until the end of the season.

“They were a bargain for us – high breeding worth (BW) – in-calf and cull cows. We paid cull price plus grazing to get them through to June 1.”

At a time when there had been a drought two years in a row, they bought 100 carry-over cows from a beef farmer. He had taken on good quality empty cows that were underweight, grazed them back into good condition, got them in-calf and then sold them on for the next season.

“He’d look at their paperwork and wouldn’t buy old or low PW cows. He had an AB technician to inseminate them – two IV for two weeks and then they went out with the bulls.”

There were real advantages for the couple building their herd this way. While a few of the cows turned out to have fertility issues, others remained with the herd for six or seven more seasons.

But they would think twice about introducing animals from so many different sources into their established herd now, because of disease.

“There’s a bit of a biosecurity risk involved from getting so many cows from so many different places,” Soenke says.