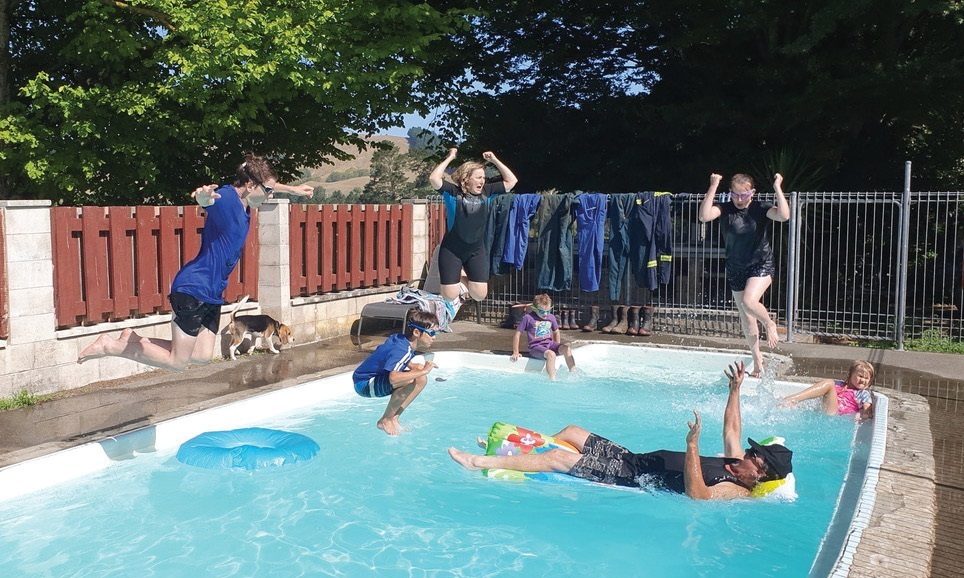 Life’s a little different for Rob and Shiralee Seerden and family in Hawke’s Bay following their move from Tararua last year.

You know it’s hot when the dog digs a hole to hide in and doesn’t demand to be taken for walks. February’s sun reminded us why we moved to the Hawke’s Bay; a lifestyle filled with water pursuits, something we’d missed living under the shadow of the Tararua ranges.

Our transpiring summer had been a tease thus far with a coolish start to the season. With a drop of decent rain in December hitting just at the right time for our summer crop of turnips with areas showing signs of being under stress; it appeared to double in volume overnight. According to our cropping rep it is one of the better crops around, the difference being we planted earlier than most. Just the luck of the draw.

The last Dairy Exporter had good articles on milking frequency which was timely as we moved from twice-a-day to 16-hour milking in December. It wouldn’t surprise us to find our current milking regime of TAD will look archaic in a generation’s time, but until frequency trials are completed by cornerstone farmers; as 50% sharemilkers we need evidential conclusive data to make a compelling case to our partners to change regularity.

Most years we have had short sprints of 16hr milking to lengthen our round and the odd long marathon due to poor weather conditions lasting a season.

We have discussed whether 3-in-2 milking would and could work, but the same issue – our biggest bugbear with milking in summer and autumn would still be there – flies! Cows kicking their cups off, unsettled and muck flying.

Finding milking times that would lessen this problem and fit in with our family life and that of any workers is a huge factor in times chosen which often changes from year to year. The upshot is only one milking out of the three is in the heat.

Insect deterrents from pour-ons no longer work, fans can’t always be set up where needed, water works to a degree. So this year we have added garlic in the water dispenser and inadvertently Bayticol used every six weeks to keep the tick population down seems to be making a difference to nuisance flies in the shed and the paddock.

Dairy NZ discussion group was held here mid-December with two vet clinics in attendance to discuss Theileriosis, a fairly new and little-understood disease known in our area. This season Hawke’s Bay’s very mild winter accompanied an escalation of ticks and thus a rise of Theileria with severe outcomes.

We being in our second year with infected cows, already stressed from shifting to a new farm, the land stripped of grass along with the climate made this year worse than our first. From calving, 100 cows were put on OAD all spring until we were no longer able to sustain the short round, resuming with the TAD herd and over the course the loss of 14 cows.

I have a sneaking suspicion we know as much about the disease as the vets. It does feel like we are their guinea pigs as they wait and watch to see if their suggestions help in our management of the disease. Recently speaking with a local vet previously from overseas has been the most insightful, just the confidence he spoke with because of his background gave us credence to move forward in our set course. 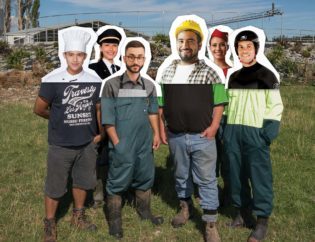