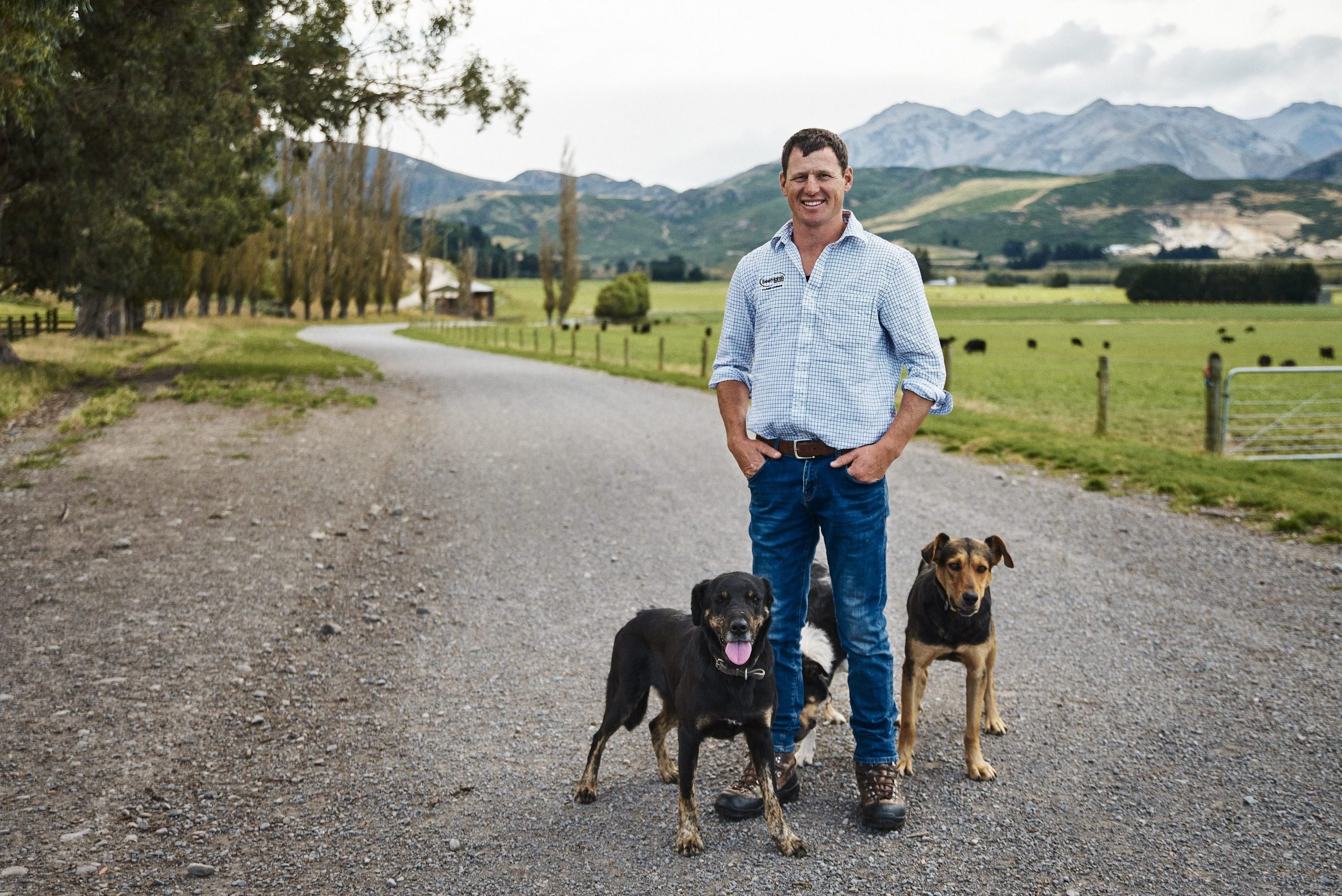 Canterbury’s Inverary Station has scrutinised its beef and sheep business with  outstanding results.  Sandra Taylor paid a visit to find out more.

The process examines every aspect of his hill country farming business, pulling it apart bit-by-bit to find the key to enabling the farm to reach its productive potential.

“If we look at our farms carefully enough, they have a lot that they are willing to tell us.”

John and his wife Anne farm Inverary Station, a 4250-hectare sheep and beef hill country property behind Mt Somers. Farm manager Bert and Kate Oliver are soon to join them in an equity partnership.

Several years ago, an irrigated flat land farm which had been used for wintering and finishing stock bred on Inverary, was sold and while this allowed further investment in Inverary, it also meant the hill country farm had to take over the role of finishing and wintering.

‘It seemed that our problem was not about having enough feed, but more about not having the right type of feed at the right time.’

Not being a fine-wool property, income is entirely dependent on maximising the production of saleable meat.

Selling light weaned store lambs in mid-summer was never going to be a viable alternative, John says, but lifting the productivity of the ewe flock was proving difficult with a relatively limited area of improved pasture.

There was debate about reducing ewe numbers, but the decision was made to retain existing ewe numbers and press ahead with an accelerated pasture development programme.

“It seemed that our problem was not about having enough feed, but more about not having the right type of feed at the right time.

“Reducing ewes was unlikely to improve that, in fact it could compound the issue.”

They decided to undertake an in-depth review of the property and livestock, looking at ways to drive productivity and profitability by taking a step-back and casting a critical eye on every aspect of the business.

John admits he was fortunate to be able to take the time to do this in-depth analysis with Bert taking care of the day-to-day management.

He started with a SWOT analysis on every facet of the business, examining stock policies, tenure, fertiliser, finances, pastures and forages and other variables.

“We really examined the property from the bottom up.”

As long-term members of the StockCare livestock monitoring programme, which includes condition scoring breeding stock eight times a year, they had good knowledge of livestock performance.

But their understanding of pasture production was nowhere near complete. Because they wanted to use Farmax in their decision-making, they needed reliable pasture growth figures and that meant measuring it themselves.

About half of the property is extensive steep, low fertility, limited production high country, the balance includes cultivated river flats, glacial terraces and a mixture of improved and unimproved hill country.

John put out 35 pasture cages in representative areas of all these land classes and different pasture types. Over three years, pasture cuts were taken every six weeks, except over winter. These were weighed and dried at Lincoln University.

This information allowed John to develop a pasture growth profile across the entire property.

For most NZ hill country, balancing feed supply with stock demand is a challenge, but particularly so in moist, cold South Island hill country and high-country environments.

“Every year we have too little feed in spring when we really need it and too much in summer when we don’t need it.

“By autumn and winter the surplus feed carried over is so unattractive and indigestible that stock can’t really use it.”

Farmax modelling showed that only about 50% of the feed grown on the hill was being utilised.

Pasture records showed that in spring, growth rates on the extensive pastures was only 10% that of the growth rates of developed pastures.

This highlighted how little feed there was for ewes in spring.

While they try and delay set stocking as long as possible, they simply don’t have enough feed elsewhere to hold ewes,  John says.

“While in theory, there is adequate feed being grown, in reality, this is spread thinly across such large areas and often in amongst the old thatch.

“Heavily pregnant or lactating ewes can’t graze a big enough area to sustain themselves and their bodyweight, lactation and lamb growth rates all suffer.”

Supply and demand are briefly in balance in late spring before the blocks go to seed and with limited livestock available, grow uncontrollably.

Surpluses build up rapidly, pastures decline in quality and depress the availability of any subsequent growth.

John says body weight is gained on the paddock areas in preparation for mating or lambing and lost again when stock return to the hill country blocks.

Using the best pastures for recovery feeding represents a substantial opportunity cost. The same feed required to lift a ewe one condition score in the summer (8 kg body weight) could have generated 12kg of lamb growth worth around $40-$50

While subdivision is important, John says it doesn’t address the root causes. While they mob stock to clean up pasture after weaning, there is just too much poor-quality feed.

Concentrating the cleanup in one area, does little to change the overall result.

Cattle can only be asked to do so much. Forcing in-calf breeding cows to eat rank pastures leads to unsustainable weight loss, light calves at birth and weaning and difficulty getting cows back in calf.

The pasture growth profiles of the hill blocks confirmed that the only practical option to control summer surpluses was to prevent them happening in the first place, John says.

Oversowing and topdressing does nothing to address the slow growth in spring due to the chronic lack of nitrogen and reluctance of browntop to grow at low soil temperatures. Rather it perpetuates the problem by growing in summer when they already have too much feed.

The answer lies in legumes

Records on Inverary consistently show the spring production of legume-based pastures to be double that of high-quality grass paddocks (with urea).

Not only was it twice as much, but they came substantially earlier in the season, John says.

“For this property, the early spring is a real crunch time around set stocking.

“Using legumes is like doubling the size of your farm in the spring.

“How could you turn that down?”

The substantial area now in legumes – lucerne or clovers, has allowed half of the ewe flock to be lambed three weeks earlier. The lambs are growing faster and able to be weaned much earlier, John says.

It was the outstanding spring production of the legume systems on the easier country that hinted to the possibility that legumes might be a possible solution to the feed supply challenges in the hill country.

Being able to grow additional early feed anywhere on the property creates opportunities to delay set stocking the hill blocks until as late as possible.

It also increases their ability to carry more ewes or cows elsewhere, sending them out to the back country as growth accelerates.

Early lambing on the front country on legumes, also provides the opportunity to wean early and send the ewes back out to the hill country for clean-up duties.

Where cultivation has not been feasible, legumes have not been able to be established into the tight browntop swards on the hill country. Browntop, John says, is just too dominant.

“There are no shortcuts,  you have to get rid of it entirely.”

The property has pioneered a “spray and delay” technique on steeper hill faces using residual sprays to ensure complete removal of the existing pasture and subsequent weed seed strikes.

While the blocks are out of production for 12 to 18 months, the extended fallow period generates an open seed bed and reliable soil moisture levels for the aerial establishment of red, white and caucasian clovers.

After early trials were successful, John and Bert are transferring the technique to their unimproved hill country by carrying out the satellite development of 20ha for every 100ha of their hill country to provide that early spring feed.

Ten years ago, Inverary’s ewes were scanning 152%, they are now scanning 175%. After a successful trial last year, more thanhalf the ewe hoggets were mated last autumn at an average of 52kg LW

Over the same time period, lamb wastage has reduced from 26% to 15% (losses between scanning and sale), while lamb sales have increased from 31.7 to 44.8kg per ewe mated.

This increase in productivity and profitability has given both families quality of life and has allowed John and Anne to deal with farm succession.

Both families contribute significantly to their community and welcome people on to the farm with between 600-1000 people visiting annually.

For John, this detailed analysis of his farm and farming system, coupled with the utilisation of legumes has been an exciting time in his farming career and it has only really just begun.

“It feels like we’re on the cusp of a new dawn on Inverary.”

This increase in productivity and profitability has given both families quality of life and it has allowed John to deal with farm succession.

“Maybe we’re on the cusp of a new dawn on Inverary.” 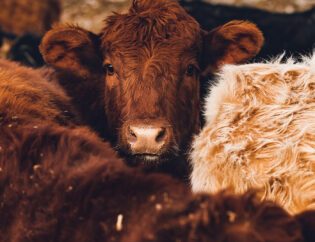