It is 3.15am on a calm spring morning as Dannevirke dairy farmer Tania Cresswell slides on her gumboots and heads outside.

Tania jumps on to a two-wheeler motorbike, giving it a kick-start. The engine roars to life, piercing the pre-dawn silence.

It is not long before the farm’s 14-aside milking shed starts to fill with cows gently jostling for position and eager to be milked.

“An easy-going temperament is one of the main traits I strive for in a cow. I work alone a lot of the time, so having a docile animal is crucial,” she said.

“Plus, I also give the cows a mineral drench in the milking shed, things like magnesium and iodine, and quiet cows are easier to drench.”

During milking Tania zig-zags her way down the pit, changing clusters and identifying cows to draft for artificial insemination.

“At this time of the year it’s a daily race against the clock to get my farm jobs done and be on the road by 7.15am,” she said.

Tania works as an artificial insemination (AI) technician with genetics company LIC, a seasonal position she has held for 10 years.

“I did my training with LIC in 2011. After a month working as an apprentice, I was given my own AI run,” Tania sxays.

The job sees Tania driving between up to 12 local dairy farms each day, inseminating cows on heat.

“It’s a really rewarding job. The aspect I enjoy the most is getting out and talking to other farmers,” said Tania.

“Mating is one of the busiest times of the year and people can often get stuck in their farm bubbles for long periods.”

“If the grass isn’t growing and feed is in short supply, it’s nice to be able to let farmers know others in the district are in a similar situation,” she said.

The biggest farm on Tania’s run milks about 700 cows.

“When they synchronise a large number of cows to come on heat together, I have to inseminate 120 cows in one visit,” she said.

“It can take up to two hours.”

LIC revealed Tania has inseminated 25,611 cows since she started as an AI technician. That is roughly 2561 inseminations a year. It is usually 11am at the earliest before Tania returns home. After a quick bite to eat, she heads back out on the farm.

Tania is the third generation of her family to farm the property, which has 10ha of flats, the remainder of the land is hilly.

“We tend to say we have mountain cows rather than just plain dairy cows,” laughed Tania.

Her grandparents Bob and Gladys Cresswell bought the farm in 1950 and Tania manages it for her parents Keith and Gayle.

“The prolonged drought had a big impact on grass growth and milk production last season,” she said.

Tania had to dry off on May 6 this year, three weeks earlier than usual.

“I ended up switching to once-a-day milking at the start of March, which isn’t something we have done before,” she said.

“The farm was the driest it’s been in living memory. Going once-a-day helped the cows hold some of their condition.”

‘Mating is one of the busiest times of the year and people can often get stuck in their farm bubbles for long periods.’

“We don’t do any summer cropping. We rely on pasture and feed out grass silage harvested from a nearby 60-hectare runoff,” she said.

Cows have access to up to two kilograms a day each of palm kernel (PKE) and molasses during the spring, fed in trailers.

The farm sits 170-220 metres above sea level, meaning calving does not start until 5 August.

The herd is wintered on a neighbouring 42-hectare block, which was purchased in 2009.

“Fairmont Mint-Edition, San Ray FM Beamer-ET S2F and Morrows Super Hero-ET S2F have all left some really good daughters for us,” she said.

The Cresswells even had one of their own bulls, 2011-born Whariti EO Hillbury S3F, make the LIC bull team.

Heidi, who was unregistered, lived until she was 18 and had nine daughters. Tania is still milking some of her descendants.

“We like a sound, reliable cow that can handle the hills and gets in calf every year,” said Tania.

“You know those cows who reach the age of 10 or 12 and they’ve just got on with the job and not had any issues.”

Tania has been a member of Holstein Friesian NZ since 2012 and is an active member of the association’s Hawke’s Bay Branch.

“We have little get-togethers every couple of months. We’ll often visit the herd of another branch member,” she said.

“It’s great to just talk about cows for a few hours. I really enjoy it.”

Talking cows and genetics is not Tania’s only hobby.

The thrill seeker can often be found in the front seat of a rally car hurtling down a gravel road at speeds of more than 200 kilometres an hour.

She is a co-driver for Ashburton drystock farmer Wayne Muckle in the New Zealand Rally Championship.

“We used to have a hill climb on the public road that goes past our support block. I’d go and watch, and thought it looked fun,” she said.

“One year I got to go for a ride in one of the cars and as they say, the rest is history.”

Tania plays a crucial role, acting as a navigator and an extra set of eyes for Wayne.

“I organise where we have to be for each rally. I’ll also go over the course, analyse video footage and check our pace notes,” she said.

“I’ll read those while we’re racing. I’ll tell Wayne what’s ahead, where to go and make sure he listens.”

The car is a Mitsubishi Evo 3, which is fitted with a roll cage and other safety features, and can reach speeds of up to 230km/h.

“We crashed last year and ended up upside down over a bank. That’s why I prefer to stick to being a co-driver. It’s a cheap way to enjoy the sport. I don’t have to pay for the car, or the repair bill,” she laughs.

This year the pair were due to compete in the NZ Rally Championship in category one with a new Mitsubishi Evo 10, the same category as Ben Hunt and Hayden Paddon.

But the championship was shelved due to the Covid-19 pandemic. 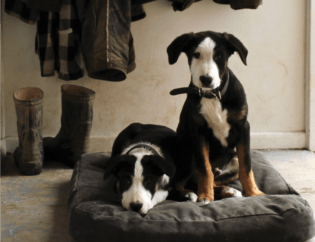 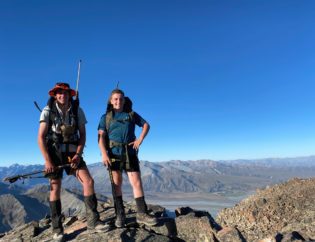