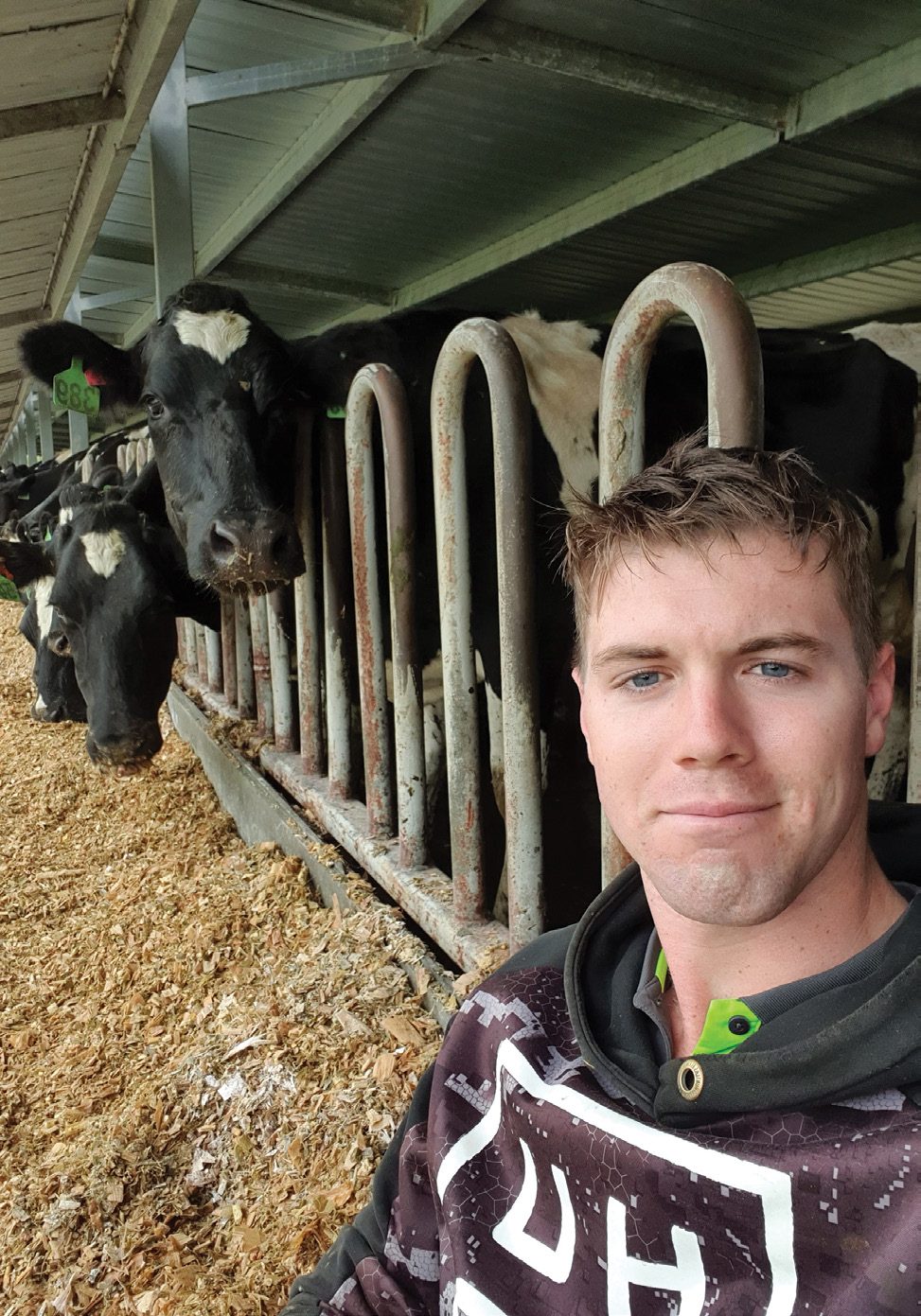 Jacob Stolte really likes grass, which is appropriate, given that it is the foundation of the industry in which he has made his career.

“Grass is pretty cool. You can throw rough weather at it, and it just grows. If it doesn’t grow well, there are things you can do to help it. It’s phenomenal really. A grass-based dairy system is what the world wants to see, and that’s what we are achieving in New Zealand,” says the 20-year-old who is the 2022 Hawke’s Bay/ Wairarapa Dairy Trainee of the Year.

Jacob is herd manager on the 170-hectare, 490-cow farm at West Taratahi jointly owned by his grandparents Willem and Roelie Stolte and his uncle and aunt Clarence and Elise Stolte.

“I grew up on the farm until I was six when my Dad took the call into pastoral ministry and we moved overseas to Chicago so he could study.” 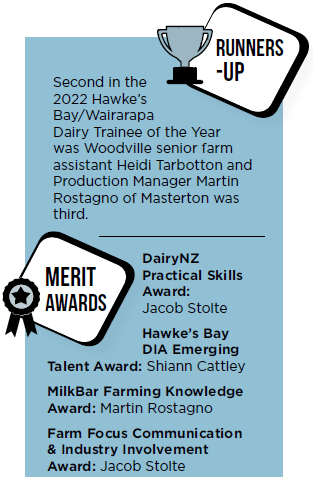 The family returned to New Zealand in 2011, first to Auckland and then Dunedin where Jacob continued to be educated at home, apart from two years at a Christian school.

During his last year of formal education Jacob was relief milking on a farm on the Taieri Plains. “I was offered several jobs then, three years ago Clarence rang to ask if I was still interested in going dairy farming and I said yes. I always wanted to come back to the Wairarapa. It has always been home wherever I have been.”

Being a dairy farmer had always been Jacob’s ambition, inspired by his childhood on the family farm. “I loved tractors, cows and the outdoors back then and I still do. In farming, at the end of each day you can look back and see what you have achieved. There’s a lot of satisfaction in this job.”

“I’d love to see farmers welcoming people to come onfarm to show them that we aren’t all bad and we actually do our best to be the environmentally friendly farmers they expect us to be.”

Jacob says it can be challenging to be excited about the future of the dairy industry when it’s in a period of massive upheaval and change.

“But when I look around, I see the dairy industry fighting for fair decisions, fighting to be the change, to be the best farmers we can be. I’m proud to be a dairy farmer and I’m certain I can be part of that change, no matter how small.”

Next season Jacob is hoping to step up to a new role on a South Wairarapa farm which will offer opportunities for him to further hone his skills and knowledge.

Jacob, who is a member of Wairarapa Young Farmers, also enjoys hunting.

“I like getting out in the bush with a gun to control the deer population. Bringing home some good meat is always nice. Four-wheel driving is also fun, and I love scenery like on long drives through Central Otago.”