Respect for staff and livestock and proactive leadership are at the heart of Andre Meier’s management style, which are winning formulas not only on-farm, but also at a national industry level too. By Elaine Fisher.

The Bay of Plenty farmer, who is the 2020 New Zealand Dairy Manager of the Year, stood out amongst a strong group of finalists as “a proactive manager and leader who constantly seeks opportunities to grow and learn and help others to do the same,” says Dairy Manager Head Judge Mark Shadwick from DairyNZ.

When it comes to the dairy herd, Andre says respect is vital for both animal and human welfare. “Settled, happy cows are easier to handle and there’s much less risk of injury to staff. I won’t tolerate staff yelling at cows or using anything other than leaning on them to move them in the shed. I don’t care how loud the radio is, as the cows don’t seem to mind, but shouting does upset them.”

Andre uses the same calm, considerate approach to working with staff who he encourages to pursue training and their own pathways through the industry. The success of that approach is evident in the loyalty of his herd manager Lindsay Williams who has been with Andre for six years. Lindsay has moved with Andre to a new farm this season and has progressively increased his own industry qualifications and won merits in Dairy Industry Awards. The plan now is for him to take on increased management roles.

Both he and Andre are encouraging new trainee Sam Clark to enter next year’s Dairy Industry Awards. “Sam has just left school, and had only a little experience in farming,” says Andre.

“He is keen and a hard worker, with definite personal goals within the industry so I was happy to give him an opportunity, as people did for me in the past.”

Andre, who with partner Natalie Cameron, moved to the role of contract milkers on Natalie’s family’s farm at Otumarakau in June, is already seeing the results of his management techniques among the 425 Friesians which make up the herd.

Andre has a novel way of helping with staff training. He has made short instructional videos to demonstrate how to set up the dairy and carry out milking, plus other on-farm tasks.

“It’s easier for someone to see exactly what’s required and how to operate the equipment, than reading what to do. In an emergency virtually anyone should be able to walk into the shed and carry out milking, after watching the videos.”

Two years ago, in his previous role managing an 800-cow Pongakawa farm, Andre achieved the top mating results for the Bay of Plenty with an 86% six-week-in-calf rate and a 7% empty rate. Last season, despite a drought, the figures were 77% six-week-in-calf and 8% empty rate. Careful and focused management of mating to achieve a six-week calving period and once a day milking on the property owned by Will and Ann Nettleingham were factors in the results, which included last season, no cows requiring intervention during mating.

This season, in a new role, he’s not expecting to match that previous record, but will be working towards similar results next year. “I would rather pick up 24 calves a day over a shorter time period, than 8 a day spread out longer,” says Andre.

Much as Andre is a fan of the benefits of OAD for both staff and cows, he acknowledges that the Otamarakau farm, which has irrigation and its own unique micro-climate, may not be as suitable for the system as the Pongakawa farm.

OAD worked on that property as it was rolling to steep with “some tiger country” out the back. In contrast the Cameron property is virtually flat and lies nestled in a valley. Adjoining the 138ha milking platform, and up on a ridge, is the 300ha drystock block which Natalie and Andre also run.

“It’s amazing how different the weather can be between the two blocks, even on the same day. Sometimes Natalie will call me from the drystock block to say it’s raining, while it’s sunny down here.”

The flat fertile paddocks which make up the dairy block stay green, thanks to the climate and irrigation, but can also be prone to pugging. One of the first tasks Andre had carried out was cleaning the drains to help remove excess water. “We also have a stand-off pad where we can put cows if required, in order to protect the paddocks.”

Natalie’s parents Gill and Bruce have made a succession plan for the couple, who share a love of farming, and animals, and hope to progress to sharemilking and invest in a farm by 2028.

Though he is not from a farming background, Andre, who grew up on his parent’s lifestyle block at Te Puna, found an early interest and talent for the industry, working on drystock farms and relief milking before leaving school.

After a stint as a herd manager of 180 cows, Andre worked for an agricultural contracting firm before spending six weeks in Europe, including visiting farms in Switzerland where the 70-cow herds were milked by robots.

There has never been any doubt for Andre that he would continue a career in farming and his progression through the industry and winning the national Dairy Manager of the Year award has reinforced the wisdom of that decision.

Committed to continuing to give back to the industry, Andre recently organised the transport and donation of two truck and trailer loads of feed to drought-affected Hawkes Bay farmers.

He is also chair of the Te Puke Young Farmers, helping grow membership from six to 26; is on the Te Puke A&P Show Committee; is a Federated Farmers member and has hosted on-farm days for Toi Ohomai Institute of Technology students. 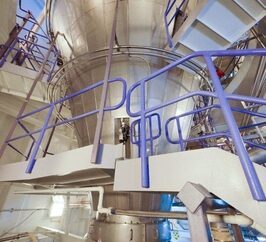 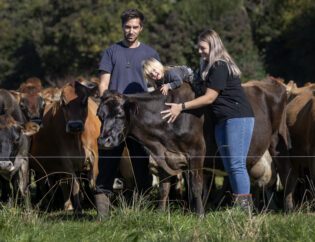 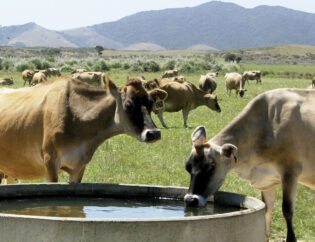 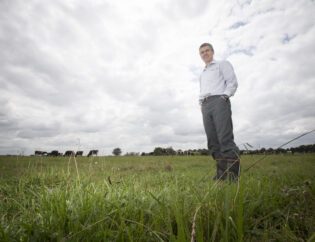 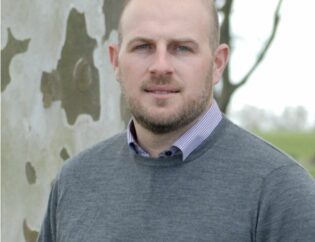 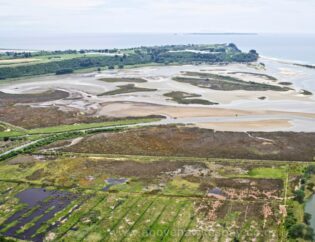 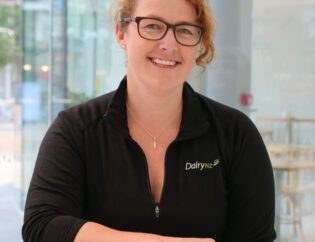 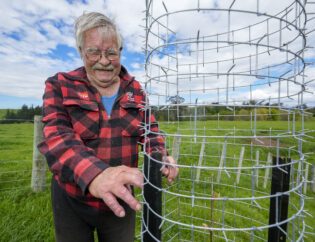