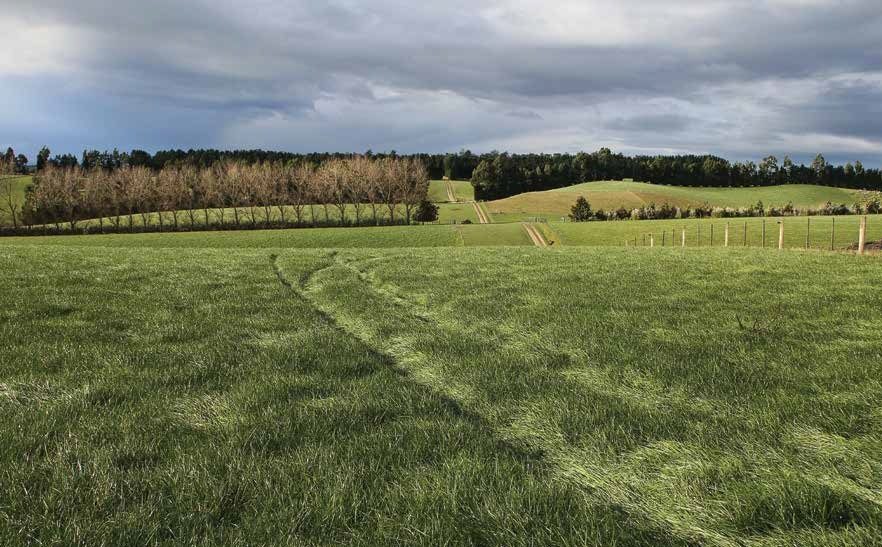 Is regenerative agriculture a future way of farming or another fad? New Zealand soil scientists and Australian ag consultants give their analysis.

Regenerative agriculture is being promoted in the United States and Australia as an environmentally friendly alternative to conventional agriculture. Advocates have brought the concept to New Zealand, focusing on arguments that it builds up soil organic matter, enhances biodiversity and is better for the environment.

The question for New Zealanders should be ‘how different is it from what we already do?’

The basis of animal management in regenerative agriculture is ‘rotating them frequently through small pastures so they stay bunched together and impact the land evenly via their trampling and waste distribution’. NZ farmers call this rotational grazing. In both rotational grazing and regenerative agriculture, once the grass has been grazed, the animals are moved on, allowing the grazed pasture to ‘rest and regrow between rotations’.

This rotation has been used in NZ for many decades. It has been enabled by the development of the electric fence which allows paddocks to be divided according to grass growth and feed demand. In NZ, where it is possible to grow 15,000kg drymatter (DM)/ha without fertiliser nitrogen from a clover-ryegrass based pasture, rotation length is generally around three to four weeks. In dry countries, where pasture growth is slow, the rotation may well be months or even years.

Regenerative agriculture has been associated in the US with an increase in soil organic matter to 6%. The starting point when the transition to regenerative agriculture occurred was not given in the report. NZ pastoral soils under rotational grazing are generally around 8% soil organic matter. This reflects animal management, fertiliser application to overcome nutrient limitations in the parent soil, and match the nutritional needs of the pasture, the use of legumes in mixed sward perennial pastures, and the climate within which the farmer is operating.

Regenerative agriculture avoids the use of synthetic nitrogen. Instead it relies on ‘diverse crop rotations, no-till planting and management of livestock grazing impacts’. For much of NZ, where cropping is not practicable, legumes in the pasture mix are important. However, when soils are wet and cold, nitrogen fixation is slow, and the use of synthetic nitrogen reduces the possibility of a feed shortage. By improving pasture growth, nitrogen also enhances food production (meat and milk) as well as addition of carbon to the soil through root growth and litter. NZ soils already have so much soil carbon in them that small changes are difficult to measure against the large background.

Other goals for regenerative agriculture are to increase biodiversity, increase yields, increase resilience to climate instability, and achieve higher health and vitality for farming communities. As these goals hinge on soil organic matter, and NZ soil organic matter is already higher than in the demonstrations overseas, farmers should be feeling confident that their methods are already doing what is required.

Regenerative agriculture proponents could then argue, with cause, that the use of synthetic nitrogen has had unintended consequences. They have suggested that relying on nitrogen fixation through legumes is less likely to cause environmental problems. However, research in the 1990s at Ruakura showed that nitrogen loss is independent of nitrogen source – a clover-ryegrass pasture fixing 146kg N/ha lost the same amount of nitrogen through leaching as a ryegrass pasture to which 146kg N/ha of synthetic nitrogen was added.

Although some farmers do use more nitrogen, research has shown that there is no direct link with use and loss. Good farmers applying the right product, at the right rate for their production system, in the right place, at the right time are ensuring that they are converting the nitrogen into plant and animal product. Of note is that they tend to use extra nitrogen to improve the resilience of their farming systems – that is, to overcome a deficiency in nitrogen fixation by legumes which would reduce plant growth.

In applying nitrogen they are enhancing the growth of both legumes and grasses by overcoming the need for the legumes to expend energy in nitrogen fixation. The photosynthetic energy that might have been used to fix nitrogen is used for plant growth instead.

By maintaining yield and production, the farmers have also maintained the economic resilience of their business. This assumes that expenditure on inputs does not outweigh the value of the outputs, as is the case with all businesses.

Of particular interest to scientists is the statement that regenerative agriculture ‘draws from decades of scientific and applied research by the global communities of organic farming, agroecology, holistic grazing, and agroforestry’. The studies are difficult to find in the peer-reviewed literature. Meta-analyses of organic (a form of regenerative agriculture that includes other factors such as avoidance of antibiotic use, for instance) and conventional production systems do not support the suggestion that one system is any better for the environment than the other.

Research in Canada comparing archived soil samples with matched current soils has reported that soil mineral composition had not declined ‘in locations cultivated intensively with various fertiliser treatments’. Nor is there evidence that crop nutritional quality has declined. Author Robin Marles, Senior Scientific Advisor for the Bureau of Nutritional Sciences, Health Canada, pointed out that most historical reports have not accounted for ‘changes in data sources, crop varieties, geographic origin, ripeness, sample size, sampling methods, laboratory analysis and statistical treatment’.

What is clear, however, is that biodiversity is under threat from an expansion in area of agriculture. It is expansion per se that is the biggest threat to biodiversity, not the type of agriculture being undertaken. Oxford University’s Food Climate Research Network has urged the adoption of sustainable intensification, allowing increased production to be met through higher yields on current land ‘because increasing the area of land in agriculture carries major environmental costs’.

In most areas of production, NZ is already performing at a higher level than regenerative agriculture examples. This suggests that adopting the promoted principles will not create the advances suggested. Any approach that changes productivity should be evaluated carefully for implications for greenhouse gas production (slower growing meat animals or reduced milk per animal, for instance) as well as for nitrogen loss and soil organic matter change.

Research from overseas has been used by advocates to make their case for a move towards what they believe is a more sustainable system for food and fibre production. But the results of research depend on the starting point and environmental conditions in which the research has been done.

NZ soils, topography, and climate are very different from conditions in other parts of the world from where the advocacy originated.

NZ’s future could align with the Sustainable Intensification concept of the Food Climate Research Network. Here the five factors of sustainability (maintain or enhance production/services, reduce the level of production risk, protect the potential of natural resources and prevent degradation of soil and water quality, be economically viable, and socially acceptable) provide the foundation.

Sustainable agriculture is the goal for most people, on or off the farm. NZ is already leading the way.