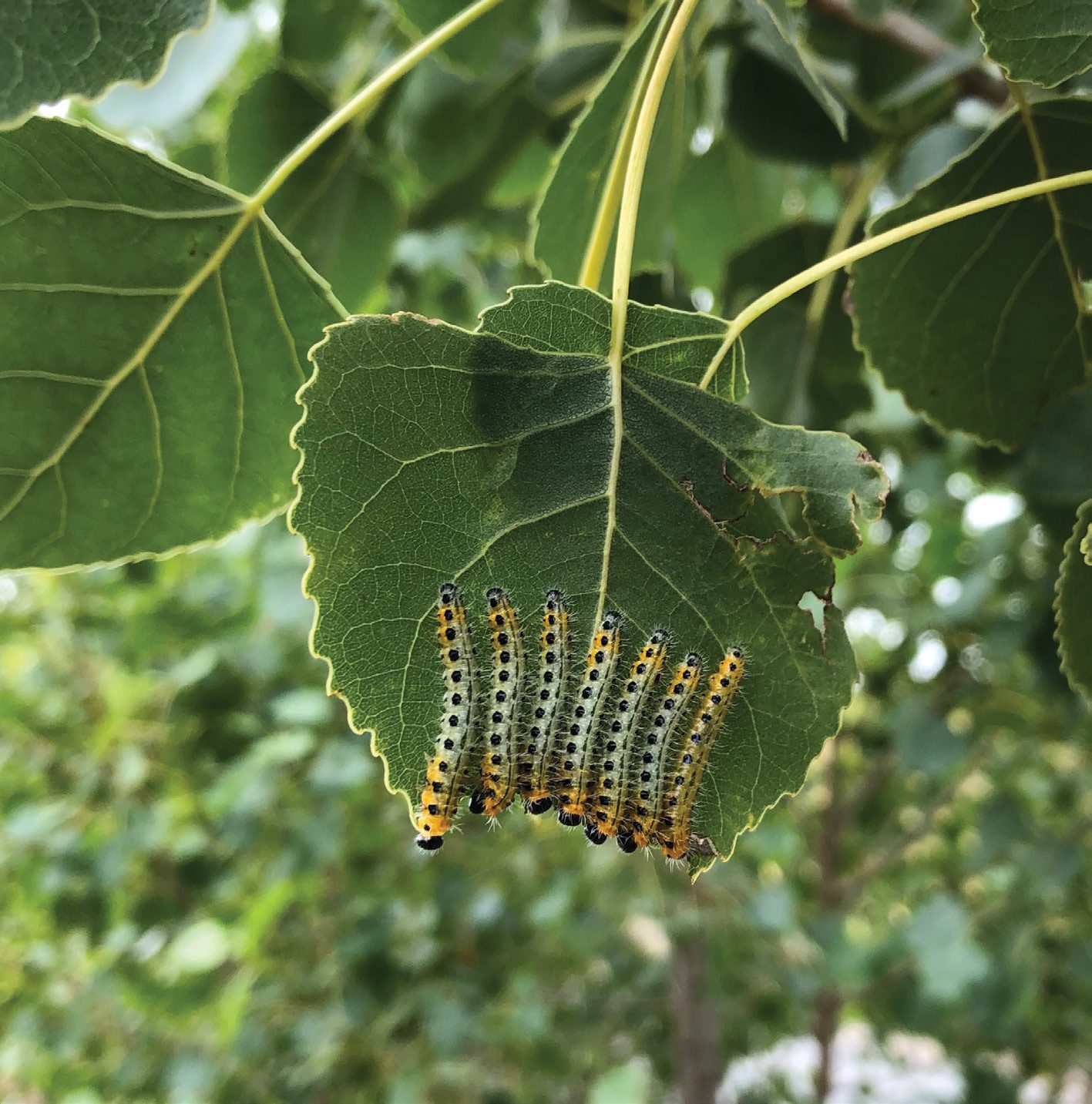 A NEW PEST IS INVADING THE South Island. Poplar and Willow Research Trust general manager Ian McIvor said they were asking farmers to scan their eyes over their poplar trees for a hairy poplar sawfly.

It was only known around Dunedin and the Taieri Plains, but the bug could be moving undetected around the country, especially after potentially hitch hiking through the winter on farm machinery.

The hairy poplar sawfly has a fluffy yellow caterpillar covered in rows of black spots. The chewing life stage is most obvious from November to February

They are the larvae of a type of plant-feeding wasp, commonly named a sawfly. It’s similar to the sawfly that feeds on willows, but is not a type of insect present in New Zealand.

Having evolved in Europe on European poplars, in the 1880s they invaded North America where they damaged American poplar species.

They are capable of defoliating entire trees, but it is hoped they will never outbreak to such an extent in NZ due to its more temperate climate. It may become a more serious pest when it reaches areas with warmer summer temperatures, such as Central Otago or the east coast of the North Island.

Most of the poplar tree species in NZ landscape are susceptible to the poplar sawfly to some degree. If a hairy yellow caterpillar, between 1cm and 3cm long is found chewing on poplar leaves the trust asks that people to take a photograph and upload it to https://inaturalist.nz/home. This will be shared with professional entomologists who will identify it, and then be able to track the pest as it spreads through NZ.