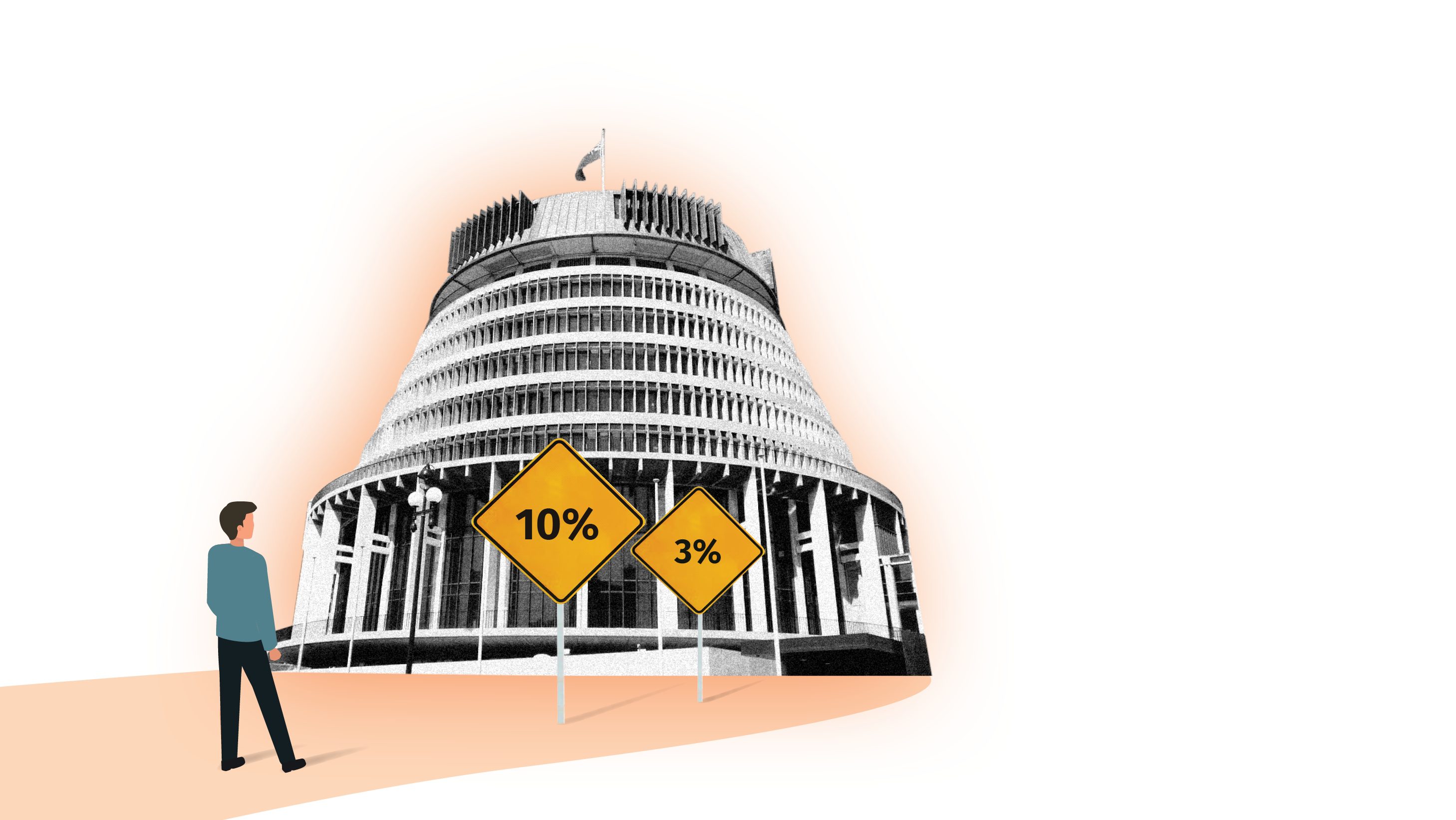 The Climate Change Commission is unlikely to review emissions targets in 2024 and the agriculture industry needs to now focus on a political solution, Groundswell says.

Environmental consultant and Groundswell emissions spokesperson Steven Cranston warned the commission would not agree to targets based on the warming effect.

“It has made it clear in communications to me there won’t be a target review.”

Cranston said industry groups need to come clean with farmers and that it now required a political solution.

It was time for industry groups to lobby the National Party and have a public discussion about how agriculture’s contribution to atmospheric cooling should be treated rather than have the false assumption it would be dealt with by the commission, he said

There may well be a National-led Government after next year’s election.

Federated Farmers president Andrew Hoggard warned earlier this year National had a track record of getting into power and continuing with Labour’s legislation.

National agriculture spokesperson Barbara Kuriger said as Government, it would look at what was fair and sensible without cutting stock numbers. Changes to He Waka and the 10% target would be allowed, but it had to be science-based.

National would support an industry-led solution because it didn’t want New Zealand to drop its food potential and have it transferred to another country with a worse climate profile.

“We need to have more tools in the toolbox before putting too much levy on.”

The commission wanted farm sequestration which was outside the ETS not in He Waka.

Kuriger said if farmers were to be levied they should be rewarded for sequestration in the same package because methane is a cycle.

Cranston said DairyNZ made a major error by agreeing to the 10% emissions reduction target. This robbed the industry of a critical debate when it was needed.

“If the targets were properly addressed at this time it’s unlikely an agricultural emissions tax would have even eventuated.”

Both DairyNZ and Fonterra supported the 10% reduction target levels by 2030. DairyNZ in its submission to the 2019 Zero Carbon Bill said: “We support the 2030 gross methane target of a 10% reduction below the 2017 levels.”

DairyNZ chairman Jim van der Poel stands by the decision to accept the 10% target to get He Waka Eke Noa and the split gas approach over the line.

“These were the two key important things for us.”

Van der Poel said 10% was the Government’s target. It was always going to be put in place no matter what the dairy industry did. DairyNZ was happy to accept it on the basis it would be reviewed twice, in 2024 and 2029.

“We will continue to advocate for the latest science.”

Cranston said agreeing to the 10% as a trade-off to get the split gas approved was an extremely poor negotiating strategy.

“It does absolutely nothing without the warming-based accounting to back it up.”

Cranston has been arguing for farmers to be measured on warming effect and GWP* since 2019 because the GWP100 accounting system grossly exaggerates the impact agriculture has on the climate. However, there was little interest from levy groups to actively use and promote GWP*.

After He Waka was completed, DairyNZ and Beef + Lamb NZ acknowledged the focus should be on the warming effect and say 10% is unfair, that it should be 3%.

During the He Waka process levy groups said the targets were separate and should be dealt with in the reviews by the commission, the first in 2024.

Cranston said the industry groups needed to explain to farmers why they have spent two years creating an emissions pricing scheme that was not compatible with the target they claim to be advocating for.

Cranston said the commission had strict criteria for a target review. It needed new science for that to happen and the GWP* was not new.

“Failure to address the targets in 2019 is now a problem and farmers will pay for it.”

Van der Poel said at the time GWP* was not widely accepted. Country-Wide asked him if DairyNZ had it in writing, the commission will hear a review based on the warming effect and GWP*.

Van der Poel said all DairyNZ had done was look at the criteria for what the commission had to consider. How the commission reported that, who the Government would be and what it did with it, was out of DairyNZ’s control.

Cranston said it was evident from a Zoom meeting with He Waka earlier this month the pricing mechanism would not be compatible with revised warming based targets.

If the emissions were reduced to 3%, there would be no need for He Waka. Agriculture is already on target to meet 3% without a tax. At 10%, farmers are subsidising 7% of other emitters’ emissions.

“So what is the purpose of the tax?”

She said QEII blocks and riparian planting could be incorporated into He Waka even if they were small blocks.

“My daughter can measure her pasture from space now.”

All the plantings farmers have done over time could be added up by farm because they were having an effect, she said.

“Farmers should be rewarded for anything sequestering on their farms.”

There is also a question mark over funding He Waka if it did go to a 3% target.

Cranston said He Waka would have to be re-evaluated because 80% of farmers would not be taxed. There would not be the money to pay for all the sequestration they were trying to encourage.

It would need to be modelled to see how that would work, but He Waka did not appear to have done that yet, he said.

He had twice requested the modelling He Waka claims shows their scheme can operate under revised targets (3% by 2030) and was still waiting for a response.