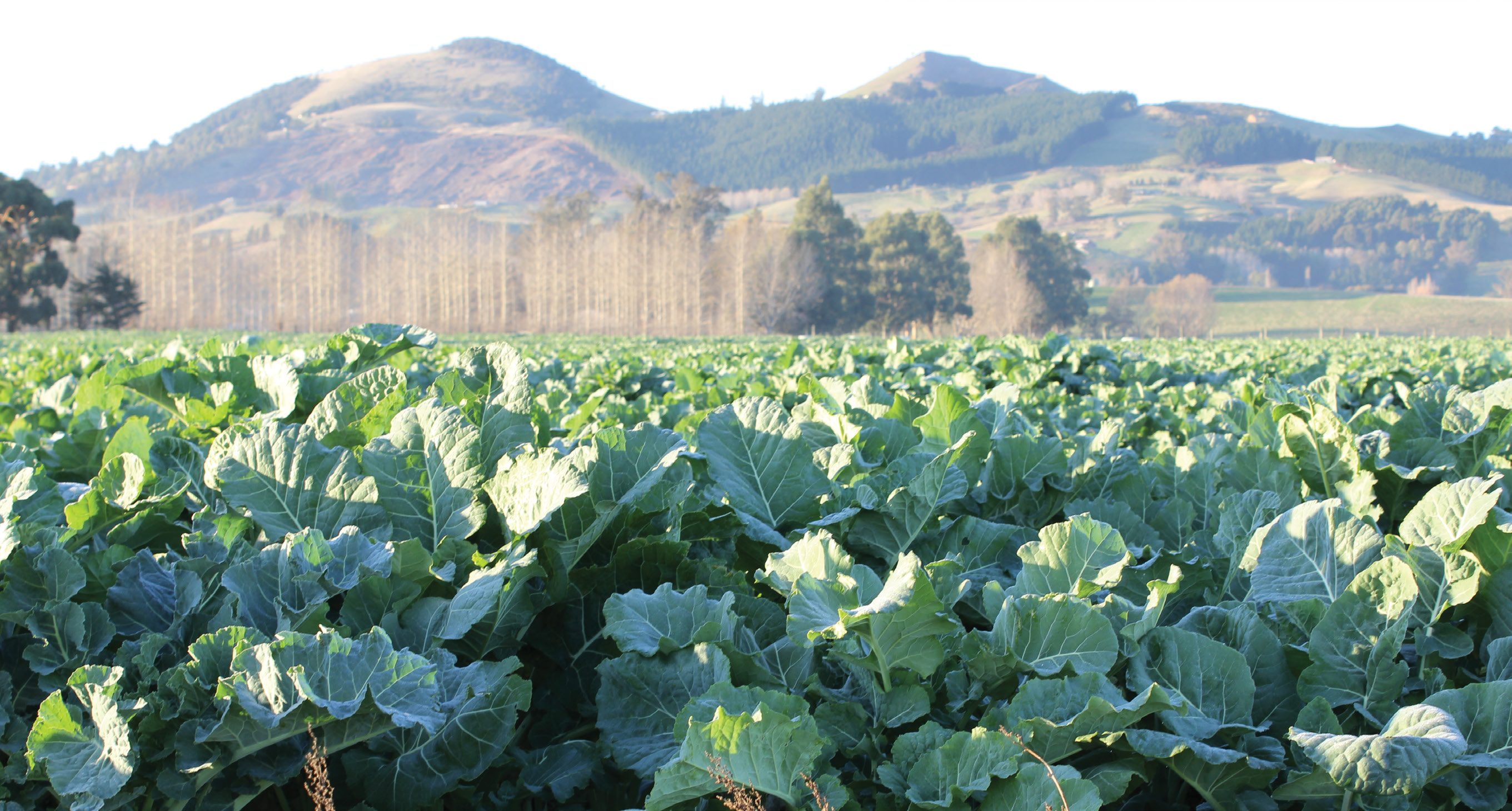 Southern farmers are getting wintering sorted as an 18-month project led by DairyNZ and Beef + Lamb New Zealand continues to inform farmers.

The April workshops, stopped by Covid-19, were to be the third in a series which started last autumn and were followed up in the spring with workshops for rural professionals and contractors.

DairyNZ Southern Wintering Project manager Nick Tait said the key message to farmers was wintering was not just about two months of the year.

“It’s not only June and July. It is 18 months from when a paddock is selected for wintering, until it gets back to pasture afterwards.

“So it takes planning.

“Which is why we have worked incredibly closely with Beef + Lamb with this and there are some farmers who don’t pay levies to either but we have involved everyone because it’s so important.”

DairyNZ and Beef + Lamb representatives were invited to be onboard Environment Southland’s cultivation fly-overs of farms earlier this year.

“We saw a lot of good practices with how crops had been planted, buffer areas and the setting out of balage. It was really great to see.

“It looked like most farmers were on the right track with good management practice.”

The flights were not about compliance but instead for farmer education for crops which may be at risk.

Farmers identified were contacted and offered help to create a wintering plan by Environment Southland.

“We want farmers to put it on paper – what their plan is so everyone understands it.

“That includes everyone from the spray contractor who sprays the grass before the crop is planted, to the staff who shifts the stock, to the manager who makes the decisions when he or she sees a southerly front on the weather forecast heading their way.”

The Southern Wintering Project began before the Winter Grazing Taskforce was established by Minister of Agriculture Damien O'Connor and Nick said the messages that had come out from it had been woven into what farmers received in April.

“We’ve combined the messages so it’s clear for farmers.”

“As well, we’ve worked with farmers to redesign the DairyNZ wintering guide to include animal welfare aspects around practical adverse weather planning.”

“This winter, farmers need to be doing all they can to meet animal care and environmental needs associated with wintering,” she said.

The two points from the government taskforce which farmers felt most challenged by were avoiding calving on winter crop and providing dry areas where cows wanted to lie, she said.

“The main tool for farmers to help stop cows calving on crop was pregnancy scanning which gave as accurate calving dates as possible,” she said.

“That scan at about 12 weeks after the start of mating gives really good calving data, better than relying on insemination dates.”

Cows should be mobbed up on calving dates and then it was up to farm staff to be vigilant watching for springers.

However, cows on fodder beet usually showed less signs and were harder to spot.

“With them you have to rely on your records and really look for minor shifts in udder size.

“And if the weather is bad you have to be out there more often checking to make sure those cows that are springing are off the crop and on to grass.”

Cows which had slipped should also be taken off crop as soon as possible, she said.

“Even if you are not going to milk them, their health is fragile and they need looking after.”

On farms where there was a range of body condition scores (BCS), she said there was the temptation for farmers to mob cows on it to prioritise feeding.

“Which is fine, as body condition is a priority of winter management, but remobbing groups to calving dates, if you don’t have easy drafting options, would need to take place.”

Providing dry areas for cows to lie down could also be a challenge.

“For the past few years there has been a lot of research coming out about the importance of lying times for dairy cows.

“Cows will choose lying down over eating which is why the provision of at least eight hours per day of lying time is in the Animal Welfare Code.

“Cows have strong preferences to where they like to lie down and strongly value the option to lie down to rest.

“Research carried out by AgResearch has shown they very clearly prefer dry surfaces over wet or dirty and research in California showed cows chose to lie down on concrete over mud.”

While the health benefits were not clearly understood, she said having an exhausted cow, stressed from standing in mud for days, could not be good for it or its calf.

“Cows are really stoical and we’ve been thinking for ages that they are quite content standing all day but they’re not.”

She was impressed talking to southern farmers on the lengths they went to making sure their cows had somewhere to lie comfortably.

“Some are shifting the break fence up to three times a day to give their cows a dry area, or they are using lanes or sacrifice paddocks or tussock areas or wintering on grass instead of crop.”

Drier crop paddocks which had good shelter were saved for when southerlies hit.

“Many farmers are spending much of their day in the winter shifting fences on crop, shifting water troughs, checking their cows, and spending time with them.

“It is no longer that quick glance to see they’re okay that it might have been once.”

Most research in the past had focused on lactating dairy cows.

“We haven’t really been looking at dry cows, as they’re not producing, but we’re realising now that we have to look at them too.

“They are effectively on holiday so we should be giving them a holiday that they enjoy so they are ready for the milking season again.”

“No one wants to see paddocks turn into a soupy mess.

Back fencing and portable water troughs – so cows didn’t have to walk between crop faces and the trough and making sure they had shelter at the crop face – were all important.

“The messages about good winter grazing practices that were investigated as part of the Pastoral 21 study at Telford, about grazing down slopes, leaving as big a buffer zone as possible between crop and waterways, protecting the critical source areas – we’ve been seeing farmers following that advice. It’s becoming standard practice.”

Wintering plans should include the direction crop would be grazed and how swales and waterways would be protected.

“By doing all of that it can reduce the loss of sediment and nutrients, by as much as 80% as was found during the Telford research.”

Further research into nitrogen losses from fodder beet and kale crop paddocks was underway at the Southern Dairy Hub near Invercargill.

Other research such as the Forages for Reduced Nitrate Leaching Programme was investigating catch crops and low tillage systems in kale and fodder beet crops.

“Catch crops can help soak up excess nitrogen deposited by animals during winter. They can also help protect the soil surface and reduce sediment loss.”

Catch crops are easier to sow and establish in areas with lighter free draining soils such as Canterbury.

In areas with heavier soils that don’t drain as well such as parts of Southland and South Otago it can be more challenging to get catch crops sown.

However, he said the sooner farmers got bare soil sown the better it was for soil structure and for soaking up nitrogen left behind by cows and crop residuals.

“Be careful, though, because you don’t want to make an even bigger mess with a tractor than was there before.

“Try to pick paddocks for winter cropping which you know you can get a tractor onto easily in the spring.”

Research was showing the less cultivation done seeding a paddock the better it was for the environment.

“Working up soil excessively can lead to loss of nutrient and may cause further damage to soil structure.

“It’s best to try and keep those nutrients in your paddocks to grow grass or crops to feed your cows.”