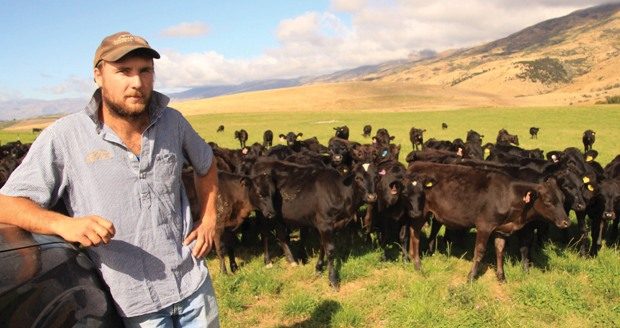 A run-in with Mycoplasma bovis was a big kick in the guts for Tinwald farm manager Jason Sutherland.

During September 1200 cattle, mainly Wagyu, and bull beef went out the gate for slaughter. It was a full-stop to the M bovis episode that took six months to resolve thanks to an administration oversight by MPI.

Tinwald were part of First Light’s Wagyu programme (Country-Wide June 2019) finishing weaners from Canterbury breeders over two winters. In February last year they were grazing 450 R2 and 800 R1 Wagyu as well as 200 R2 beef bulls. There were also 300 R2 dairy heifer grazers that were due to return to their home in May.

In March Jason and farm owners Amanda and Adrian Currie got the news that the R2 Wagyu were from an M bovis-positive farm which led to the testing of Tinwald’s cattle. The testing uncovered positive animals in three of the five mobs, but the fate of the cattle was put on hold until the further analysis of blood tests which were sent off in May.

It took until August to be told by MPI that all the R2 weaners had to be slaughtered.

“Apparently the results had been sitting on someone’s desk and never got processed and it was only when we followed up that we got told. In the meantime we fed out 4500 bales of balage to the 11,000 stock units we were wintering,” Jason says.

Meanwhile the dairy heifers were tested clear and were returned home at the end of June. The R2 bulls weren’t so lucky, some tested positive which was frustrating because they were grazed well away from the Wagyu mobs.

“It showed that the disease had made it on to the farm through two separate pathways.”

In September the beef bulls and the Wagyu, including the R1s left Tinwald.

“We hadn’t tested the weaners but made the decision to send them away. It was hard at the time but in hindsight I’m glad we did it because it gave us the opportunity for a complete reset.”

During the six week stand down from further cattle trading the Curries and Jason had the time to review, reflect and reset the Tinwald system.

The Curries, formerly of Christchurch, bought the farm in 2012 transforming it from a dryland Merino business to an intensive dryland and grazing and finishing system.

It’s been an ever-evolving system starting with dairy grazing and steer finishing then swapping out the steers with bull beef. Wagyu, a higher gross margin option, were taken on to replace most of the bull beef from early in 2018. Lanaco ewes and hoggets, and Headwaters hoggets were also grazed.

Over time the pivot irrigated area was increased to 470 hectares and pastures upgraded mostly with hybrid ryegrass Shogun. The productive platform was in place, and the irrigation water reliable and relatively cheap. However, production output never met expectations mostly due to the notoriously dry January and February period when the pivot irrigation couldn’t sustain feed growth.

“We’d end up in a black hole because our growth curve just didn’t fit with what we were grazing.”

New farm management is based around a mainly closed breeding and finishing system, rather than the trading of sheep and cattle.

Trading cattle have been replaced with 200 Angus breeding cows to help develop the 100ha of low rolling hill country. The area will be developed with suitable dryland species to provide higher quality feed in late autumn and early spring. About half of the Angus herd will be bred to Angus and the rest to Speckle Parks.

The Lanaco and Headwaters sheep grazing arrangement was terminated and 2500 Coopworth-Romney ewes and 500 hoggets bought in. Romney and Poll Dorset genetics with markers for LoinMax and Inverdale will be bred into the flock.

“What we’re targeting is 180-200% lambing and high growth rates so that we can wean 80% of the lambs off mum before Christmas. “

At the same time there’s been a rethink on soil health and fertilizer following extensive testing. Heavily compacted soils were identified as a limiting factor leading to a non-tillage and non-synthetic fertiliser programme.

The mostly Shogun ryegrass pastures, which tended to shut down during the height of summer, were replaced with a Hummer fescue-based chicory and red and white clover mix.

Early results look promising with the new mix growing well at the end of January and hopefully growing from early spring.

“It means we should be able to bring lambing forward to September 1 which will give us plenty of time to get lambs away early.”

Also, lucerne has been sown under pivots as another source of quality green feed over summer.

The real proof of success will be the comparison of grass production with C-Dax measurements taken fortnightly.

Another addition to the new system are 150 milking ewes and a milking plant bought from Kerikeri with the view of establishing an onfarm sheep dairy. Long term the Curries want to develop a farm tourist stop-off at Tinwald which is perfectly positioned alongside State Highway 8, the main road between Cromwell/Queenstown and Wanaka. Although still in the concept stage, the development might include farm-produced sheep dairy and meat products.

Jason says he wouldn’t want to go through M Bovis again, but he’s philosophical about the experience and what it has led on to.

“It’s been a pivotal steppingstone. Our system was intense and stressful, and I think that where we are moving now will better suit the property.”

The reset wouldn’t have been possible without the support and open-mindedness of the Curries.

“I think there are a lot of farm managers who would like to be involved in developing this kind of system. It’s great to have the support and backing of Amanda and Adrian who have made the best of what was a bad situation.”