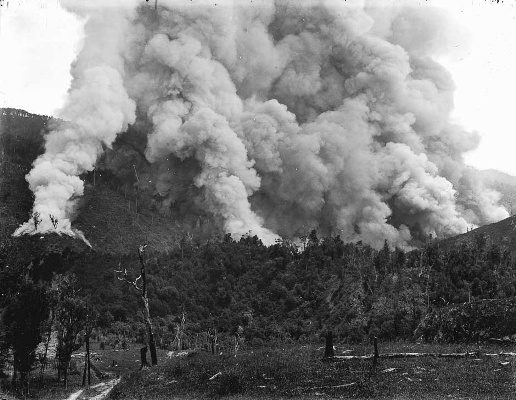 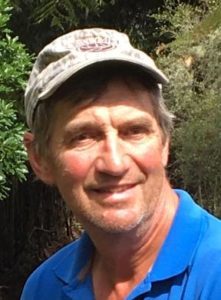 It was the winter of 1978. My brother and I had contracted to fence a native bush development block that had been felled the previous year and burnt that autumn. The boss had mentioned that the manager’s house was temporarily free but, “He knew what boys were like” and directed us to camp in the woolshed instead.

“When you need a wash,” He continued, (we had visions of going to the big house for a hot shower and a sit-down meal) “the soda springs is just 10km down the road”.
At least the woolshed was dry but we shared it with rats every night and hundreds of snotty ewes on the couple of nights they were penned for shearing.

The boss had a bigger farm along the road and this one was leased. In their wisdom, the government of the day had given him a suspensory loan to fell the native bush and buy seed and fertiliser. Another suspensory loan was provided to stock the newly sown paddocks. It was quite a sight to see 4000 normally white but now sooty Romney ewes emerge from the broken charcoaled landscape.

Fast forward (it really has been fast) 40 years and my brother and I have leased that same property since 2003.

With the full co-operation of the owners and a partnership with the regional council we have implemented a comprehensive environmental programme for the farm. Countless kilometres of fencing has protected the lake and remnant bush.

Native planting has filled in retired areas and pests have been controlled to the extent that kokako (one of the rarest of native birds) are thriving. The cycle has been one of sanctioned, government-funded destruction and sanctioned, government-funded repatriation. Most of the marginal land targeted with the misguided Land Development Encouragement Loans should have been left in its natural state and the Livestock Incentive Scheme quickly became known as the skinny sheep policy.

I tell the story to highlight the dangers of ill-conceived government policy and the difficulties of trying to predict the future. Bureaucracy staffed not by ability but by opportunity is a very blunt instrument. Ego does the rest and decisions are made because they can be as that is the job of the policy-makers.

Does our present Government, so full of ideology, ever take the tinted specs off and seek input from those who will be affected most by its decisions. I know you can’t please everybody all the time and actions have to be taken for the greater good but individually our reaction to any topic is proportionate to its impact on our own lives. We DO care less if it’s not in our backyard and not our livelihoods directly affected.

The Government’s tools include legislation and incentive, (our money, remember) but it should have realised by now that change by force of law or pure economics is always flawed. Even the most visionary adviser wouldn’t bet his wages on knowing the repercussions of some of the climate change policy presently mooted. Perhaps that is the key. If bureaucratic salaries were linked to the success or otherwise of policies we might achieve more considered decisions.

More and more I’m convinced New Zealand’s future wellbeing will continue to be linked to its people, its produce and its landscape. It’s our point of difference in a world that doesn’t necessarily like where it is headed. With careful planning we can remain a small jewel in an increasingly tarnished crown and affluent people will seek us out. There is a profitable future being in a position flexible enough to meet their needs.

Despite what politicians believe, we could remove them from their Beehive seats for a few days and the world would not stop. Put them in a tour bus and force-feed them some rural success stories. The people and places represented are not hard to find and without exception balance sound economics with a solid social and environmental conscience. If the appropriate foresight and encouragement was there to replicate this type of management across all rural enterprises I would happily bet my wages that NZ’s future will be secure.