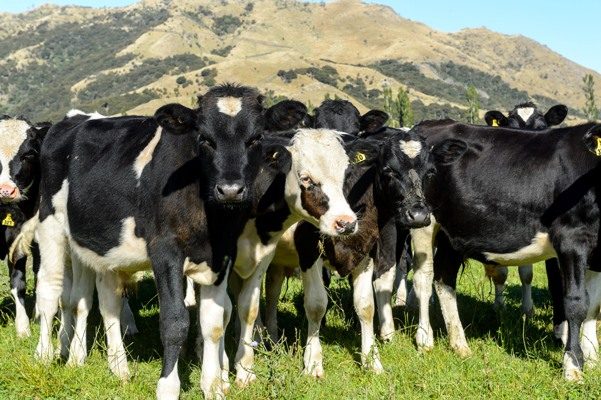 New Zealanders sometimes overlook how much value could be added by superior reliability and ticking any number of quality assurance (QA) standards, Burrt says.

The average value of NZ beef exports has remained steady and strong since the 2014-15 season, driven by US demand for lean manufacturing beef, giving confidence for producers and increasing the number of bull calves born in the dairy sector being raised in the beef sector.

The beef industry could “add and protect value” by producing lean meat, or getting the packaging right, for example.

“It’s not just saying beef, is beef is beef.”

It is also assumed NZ relies on the United States for its beef income. That too, is changing, as China opens up new options for a variety of product.

Historically, China’s increased imports of NZ beef were mostly secondary cuts, such as shanks and knuckles, but in 2017-18 this category was surpassed by manufacturing beef.

A B+LNZ report this year says the average value of NZ beef exports has remained steady and strong since the 2014-15 season, driven by US demand for lean manufacturing beef, giving confidence for producers and increasing the number of bull calves born in the dairy sector being raised in the beef sector.

The US remains NZ’s largest beef export market but the total share fell two percentage points to 47%. In 2017-18, China overtook the US as NZ’s largest red meat market to be the largest by volume and value.

China accounts for one-third of NZ’s red meat exports as the trend of an increasing share of NZ’s beef exports continues.

Gira research consultant Richard Brown says while NZ will never be a big beef producer, it could maximise its reputation as a safe, reliable importer of ethically produced product.

South American beef titans Brazil and Argentina showed how hard it was to provide assured service and maintain markets.

Brazil, despite being the world’s largest producer, had a penchant for shooting itself in the foot, Brown says.

Its Achilles heel was product verification. “There are all sorts of things that go wrong repeatedly.”

The New York Times reported Brazil’s Federal Police arrested dozens of federal inspectors who were accused of accepting bribes to allow expired meats to be sold and falsifying sanitary permits.

Brown says apart from self-inflicted woes, Brazilian processors sometimes struggle to supply enough product. The country was vast but other industries competed fiercely to cultivate the most valuable land.

Immediately to the south, Argentina is also bedevilled. Beef exports are rising but the country’s currency is weak and the economy “in tatters,’ Brown says.

One of the biggest problems is an anti-farmer government. Former president, Christina Kirchner, who served from 2007 to 2015, tried to win popularity by targeting farming interests.

Her term coincided with a debilitating drought and a 10-year economic recession which Brown says has improved only mildly since she left office.

The current government was “more interested” in agricultural exports and eased export taxes and production quotas but it isn’t easy for beef farmers to get ahead.

“They’ve got a better president now but it’s not great.”

Brazil would still dominate the commodity market and keep lifting the volume of South American beef exports, the report said. Meanwhile, Argentina and Uruguay were poised to target higher value, even chilled, markets – with Argentina expanding under a liberalised export market, Uruguay constrained by supply, and both restricted by market access barriers.

MLA’s analysts predicted ongoing negotiations between the European Union and Mercosur (Argentina, Brazil, Uruguay and Paraguay) could see further competition in the future from this emerging bloc in one of the world’s highest-value markets.

However, MLA also said the continent’s political and economic landscape and susceptibility to commodity markets and currency swings created an element of uncertainty for trade out of the region.

The Chinese option meant in recent months NZ and Australia could afford to send less beef to the United States, where importers usually pushed down bull and cow meat prices as soon as they had “any whiff of a supply lift from Australasia”.

China’s demand for beef shows no sign of easing and is providing a real alternative to the US market for exporters, Kilsby says.

The new variable is helping international prices to hold despite more product coming out of Australia.

A devastating drought followed by widespread flooding in Queensland swelled the number of stock processed. Onfarm losses were estimated at about 500,000 head or 2% of Australia’s beef cattle.

Australian processors are running at capacity and the significant amount of extra beef is heading for export. “Australia has directed most of the additional beef into China – a market that is happy to absorb as much volume as it can get.”

China’s rise has been phenomenal but it is less surprising considering the amount of meat now entering the country through formal rather than ‘grey’ channels.

The tightening up of illegal imports has no doubt pushed some of this informal trade into official channels, Kilsby says.

Beef exporters are also turning to Japan again now that the Pacific-wide CPTPP trade agreement is in force. Japan, a signatory to the agreement, reduced a first set of tariffs on January 1 and went further in April. Japan is a major market for Australia, which has enjoyed preferential access over NZ for several years through a Free Trade Agreement.

NZ’s presence in Japan is expected to grow again now that we are back on level terms with Australia, Kilsby says.

Rabobank expects farm-gate beef prices to hold their long-term average despite some softening from rising global beef supplies and downward price pressure in the U.S.

Westpac noted international beef prices trended lower over most of 2018 but lifted more recently. The bank expects this improvement to be temporary as growing US supplies weigh on markets.