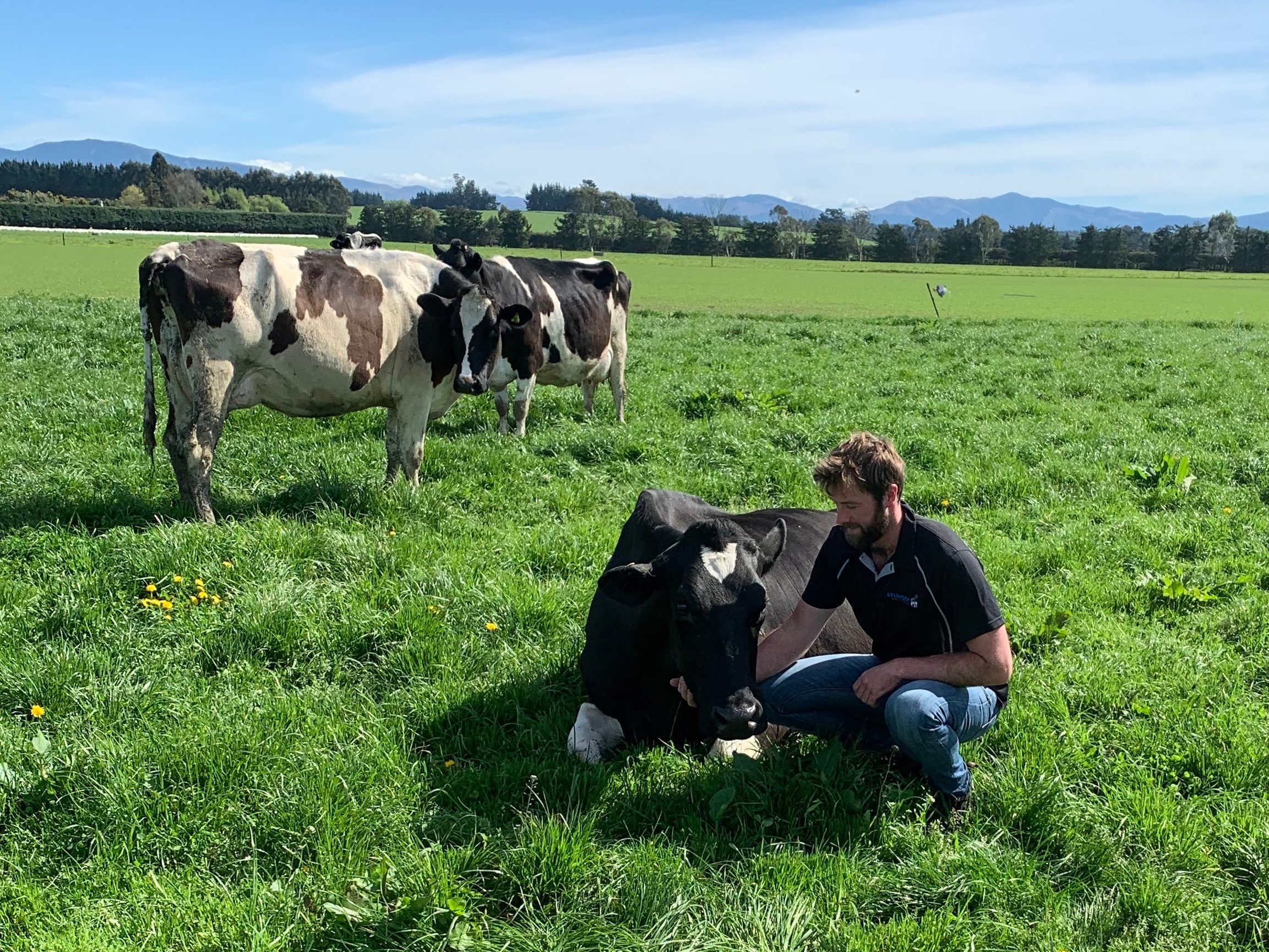 A young North Canterbury man will represent New Zealand at an international gathering of dairy farmers in Switzerland.

Robbie Wakelin, 28, has been selected to attend the 15th World Holstein Friesian Federation Conference in Montreux.

He was one of a record 17 people who were vying for the fortnight-long trip, which is being funded by Holstein Friesian NZ.

“It’s a really humbling experience to have been selected to be part of the New Zealand delegation,” he said.

“It will be an exceptional opportunity to meet other breeders and visit some of Switzerland’s top Holstein Friesian herds.”

Robbie and his brother John run a 300-cow, split-calving dairy farm in Rangiora. The 95-hectare property is owned by a family trust.

“John was probably secretly hoping that I wasn’t picked for the trip,” laughed Robbie.

“It’s next March, and a number of our top cows are due to calve while I’m away.”

Robbie is passionate about genetics and breeding efficient, high-producing cows with exceptional udders.

The herd’s production averages 550-600 kilograms of milksolids per cow.

“We don’t have a feedpad, but we do have a feed system in the milking shed where cows receive a high-energy blend,” he said.

The brothers are trained artificial insemination (AI) technicians and the business has an embryo transfer programme.

“We’ve been importing high-quality embryos from Canada to implant in our cows for the past five or six years,” he said.

“It’s a key part of our breeding strategy.”

The herd’s pedigree Holstein Friesians are registered under Belbrook Holsteins.

It’s the leading herd in New Zealand for having the highest number (120) of excellent cows, according to Holstein International magazine.

“We’ve done a bit of embryo work on our ‘E’ family, starting with the late Belbrook Talent Elspeth EX3,” he said.

“We’ve had some promising results. A few heifers from that family have been performing better than our imported genetics.”

Robbie’s long-term goal is for one of his bovine beauties to be named Champion Cow at the New Zealand Agricultural Show in Canterbury.

He’s taking a team of eight cows and four heifers to next month’s show.

“Showing Dalia’s first calf ignited my passion for cows and the Holstein Friesian breed in particular,” he said.

He became an associate judge in 2008, when he was 16. He’s judged at several shows, on-farm competitions and club competitions.

The active member of the HFNZ Canterbury Branch has won the coveted Pitcairn’s Trophy twice.

The trophy is awarded to the winner of the Holstein Friesian NZ Junior Judging Competition, which will be held at next month’s New Zealand Agricultural Show.

“I’d urge people to enter and have a go,” he said.

“Knowing how to assess a cow’s physical traits, like the structure of her udder, rump width and legs, is an important skill to know.”

“They’re skills I use every time I select a bull to use over a cow at mating. You want to produce a calf that doesn’t have the cow’s faults,” he said.

Farming sustainably is also a key focus for the young farmer.

“I believe the likelihood of lower stocking rates presents a big opportunity for the Holstein Friesian breed, where cows have higher individual production.”